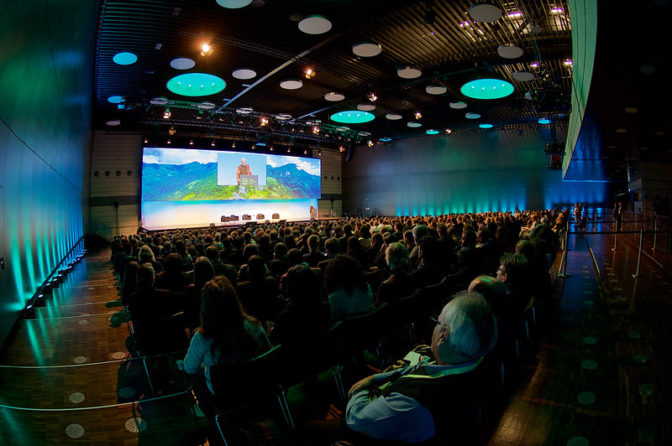 Spotlight on forests at COP26, a big step forward for climate negotiations

In the minds of many observers and environmentalists, the outcome of the next UN conference COP26 Glasgow climate summit is a done – the talks are already doomed to failure due to the inability of the negotiators to agree on measures to save the planet.

Promised financial commitments of $ 100 billion a year paid by rich countries to poor countries COP15 in 2009 did not materialize by 2020. Disclosed documents reveal the United Nations Intergovernmental Panel on Climate Change is under pressure from some countries to minimize the need to move away from fossil fuels, which are responsible for 70 percent of global warming emissions.

In addition to scandals and feuds, the central tenet of the UN climate process – curbing average temperatures and preventing them from rising more than 1.5 to 2 degrees Celsius compared to pre-industrial times – is also threatened.

The emission reductions proposed so far by countries through their Nationally determined contributions, under theParis Agreement can’t meet the 1.5-degree target, and UN chief Antonio Guterres warned last month that failure to cut global emissions is put the world on a “catastrophic” path to 2.7 degrees Celsius heating.

Yet reversing the adverse effects of the second biggest emissions culprit – the triad of Agriculture, Deforestation and Other Land Use Change (AFOLU), which produces 30 percent of emissions – while supporting efforts to conserve forests and biodiversity should give significant impetus to the process, according to experts from the Center for International Forestry Research and Global Agroforestry (CIFOR-ICRAF).

Newspapers report that the UK Presidency hosting COP26 is spearheading an ambitious initiative funded by public and private money stop deforestation by 2030 and ask producers and traders of major agricultural products to stop clearing activities.

“We hope that a high-level decision on nature will highlight the need for vastly increased public funding to protect and restore natural ecosystems alongside – not as a replacement for – phasing out fossil fuels. “said Stephen Leonard, expert in climate law and policy and advisor to CIFOR-ICRAF. “This is by no means a one-size-fits-all solution to the environmental challenges facing the planet, but it could go a long way in supporting the urgent action that is needed.”

Discussions should not only focus on agricultural transformation and the conservation and restoration of forests and ecosystems, but they should also focus on the role of indigenous peoples and local communities, regenerating and equitable food systems.

“In accordance with Paris regulations, transparency of action in the land sector should be rights-based, based on mechanisms for equitable benefit sharing and take into account social inclusion, ”said Leonard.

CIFOR-ICRAF’s work with indigenous peoples and human rights has demonstrated the effectiveness of social inclusion in sustainable forest management. It is important that initiatives are based on an understanding of the rights and justice concerns at play in the areas of intervention, in order to avoid exacerbating the problems and causing more harm than good.

However, the debate over net zero emissions, coupled with expectations of a new global carbon market that could include nature, creates a risk that carbon trading in nature-using offsets will cause delays in phasing out carbon offsets. fossil fuels, Leonard added. “We need to avoid this – and incentives need to be in place for very deep decarbonisation and efforts to protect the last remaining natural ecosystems in the world and to scale up restoration in a way that also supports biodiversity. “

Setting targets to achieve net zero emissions – one of the declared central objectives of COP26 – requires switching by the middle of the century to energies and technologies that do not produce greenhouse gases. Efforts must include protecting the last remaining ecosystems in the world, phasing out coal, switching to electric vehicles and increasing investment in renewable energy.

The mobilization of funding is another key objective of the COP26 summit. Financial institutions are under pressure free billions of dollars in private and public sector finance.

“We are seeing strong signals from some sectors of the private sector to engage with governments to support the movement towards a greener future,” said Christopher Martius, Managing Director of CIFOR Germany, who for many years was Chief energy and low carbon team. Development at CIFOR-ICRAF, which also heads the organization’s operations in Germany.

The LEAF Initiative, a coalition launched by Britain, Norway and the United States with a range of companies, including Amazon, Nestlé, Airbnb and Delta Airlines, seeks to help companies reduce emissions in their value chains and countries in the sale of forest carbon credits to companies to achieve net zero may also appear in Glasgow.

“The message is starting to get across: conserving what exists will be cheaper and more efficient than rebuilding what has been destroyed – conservation must take priority over restoration,” said Martius.

Initiatives related to the net zero goal, such as the Marrakech Partnership Program, will commit investors to divert funding from deforestation-related activities; and invest in protection and restoration.

CIFOR-ICRAF is jointly host nearly 30 events at the COP, on topics ranging from women’s land rights to fair and equitable financing of REDD +, including adaptation efforts on the African continent, sustainable energy transformation, power generation to from biomass and land restoration.

The World Landscape Forum (GLF), jointly coordinated by CIFOR-ICRAF, the World Bank and the United Nations Environment Program, is organizing a three-day conference focusing on forests, food and finance on the sidelines of the COP26 summit in the ‘University of Glasgow.

Sponsored by Germany, Luxembourg and the Food Systems, Land Use and Restoration (FOLUR) program – which is coordinated by the World Bank and funded by the Global Environment Facility – the event organizers anticipate that it will attract thousands of delegates both online and in person.

Copyright Policy:
We want you to share content from Forests News, which is licensed under the Creative Commons Attribution-NonCommercial-ShareAlike 4.0 International (CC BY-NC-SA 4.0). This means that you are free to redistribute our material for non-commercial purposes. All we ask is that you give Forests News proper credit and a link to original Forests News content, indicate if any changes have been made, and distribute your contributions under the same Creative Commons license. You must notify Forests News if you republish, reprint or reuse our materials by contacting [email protected]
Share FacebookTwitterGoogle+ReddItWhatsAppPinterestEmail