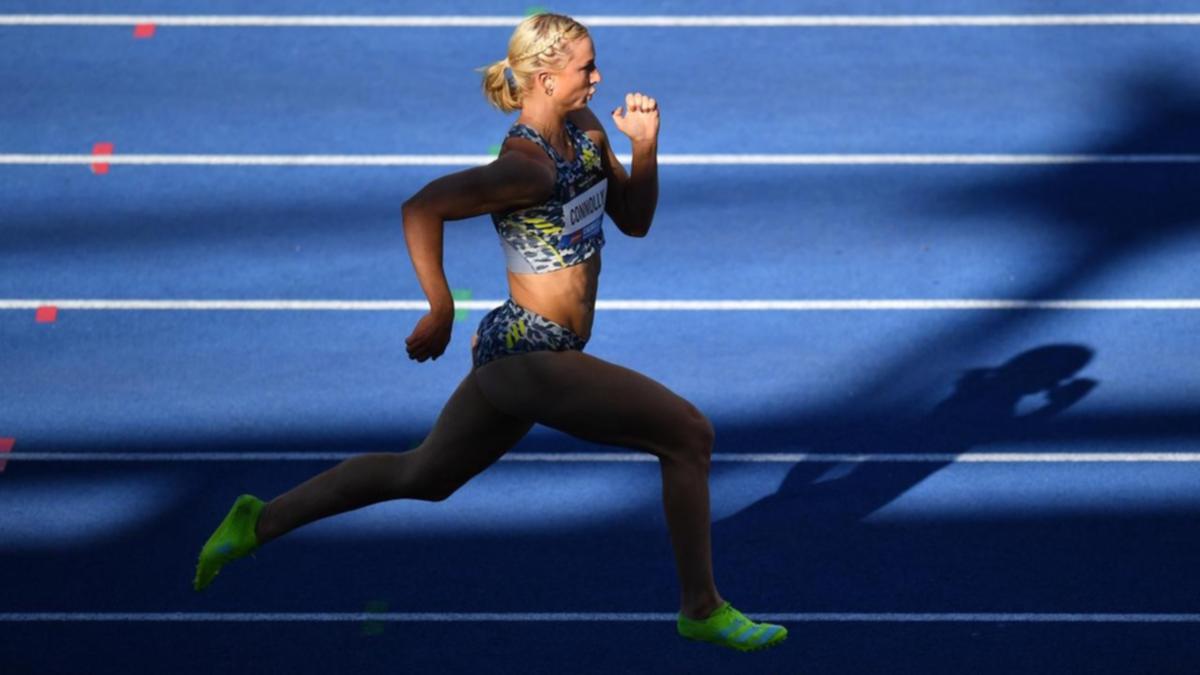 Five long years after her world championship debut as a raw relay runner, sprint star Ella Connolly will face many of the fastest women in the world at the Commonwealth Games in Birmingham.

The Queenslander was among 53 athletes added to an 85-person athletics squad on Tuesday for the Games starting in Birmingham in late July.

Joining her at the start line will be homegrown hopeful and 2019 200m world champion Dina Asher-Smith and a host of Caribbean fliers, although the likes of mighty Jamaica have yet to finalize their squads.

“This is my first individual senior team and it’s so exciting to know that I will be competing in all three events,” Connolly told AAP.

“It’s been a pretty tough five years with injuries and that sort of thing, missing a lot of teams.

“I tore a hamstring about two weeks before the 2018 Commonwealth Games trials.

“I was super devastated to miss a Comm Games at home, even though I loved watching my friends compete there.

“Now I’m just grateful that I was able to qualify this season.

“The 2017 World Championships in London feel like an eternity.”

She will be joined in the 200m and sprint relay by her friend and longtime rival Riley Day.

Rohan Browning – who at the Tokyo Olympics last year came close to becoming the second Australian to break the 10-second barrier – will headline the men’s sprint assault in Birmingham.

Browning will contest the 100m and 4x100m while 21-year-old Queenslander Jake Doran was named in the individual sprints and relay.

At the other end of the experience scale, Eloise Wellings will go down in history as the first Australian track and field athlete to compete in five Commonwealth Games.

Now a mother of two, Wellings will be part of a formidable triple threat in the marathon alongside Sinead Diver and Jessica Stenson.

“I have vivid memories of my first Games in Melbourne screaming down the straight in front of 90,000 people,” said Wellings, 39.

“I have fond memories like this from each of my appearances at the Games.

“Being selected for Birmingham is particularly exciting after missing out on the Tokyo Olympics last year.

“As a female athlete, you’re never really sure you’ll be back to your best after having a baby.”

It’s shaping up to be a turbulent few weeks for Australia’s biggest names in athletics, with the July 15-24 World Championships in Oregon coming just before the Commonwealth Games.

Australia’s team for the world titles will be announced later this week.