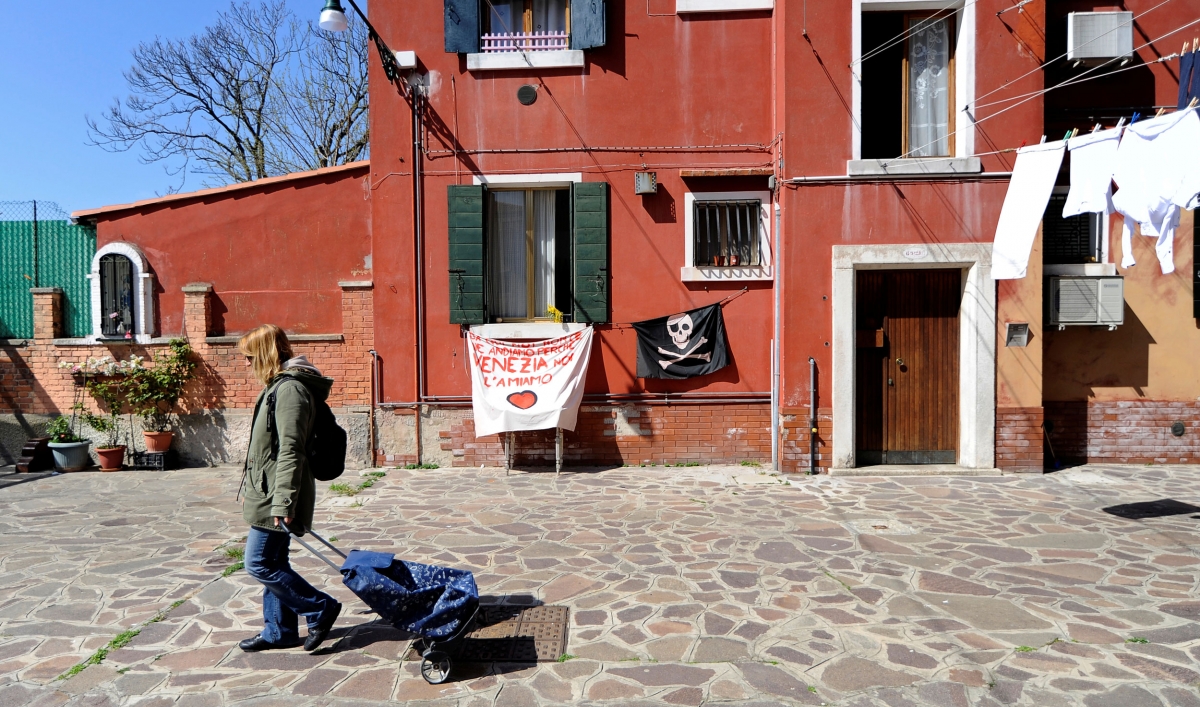 Venice’s population declined rapidly from around 175,000 after World War II to around 50,000 today. Other residents complain that their town is overrun with tourists when they have to foot the bill for cleaning and security.

Around 25 million tourists flock to the Italian lagoon city every year, of which around 14 million spend a single day there. It has nearly 8,000 Airbnb apartments for those who stay longer, enjoying the attractions around the canals.

Nicola Ussardi, 41, co-founder of a community housing group that helps Venetians find accommodation, has been living in an apartment in the Cannaregio district since 2013 with her partner Nadia and their two children.

He says many houses remain empty as people are forced to move and then cannot afford the maintenance of properties in order to rent them out – although the municipal housing authority says activists are preventing home renovations by occupying them.

Alessandro Dus, 34, has lived in an apartment for two years.

The Venetians don’t want to end tourism – a huge source of income – but like many hotspots now looking to meet the challenges of increased visitor numbers, they are studying how to keep the numbers in check and how locals could stay. in the city.

This year, the Venice council voted to impose an entrance fee on visitors to help pay for the upkeep of the much-visited World Heritage site and possibly help keep numbers low.

While acknowledging that “Venice is in danger of disappearing”, the head of the regional housing agency, Raffaele Speranzon, denounced the squatters for taking matters into their own hands, saying they undermine the fair distribution of housing.

“We have funds that come to us from the region to maintain these buildings but frequently we cannot use this money because the houses are occupied. In fact, they are houses taken from the community,” he said. declared. “A lot of times they pass out with friends, ignoring people who want to follow the rules or ask for apartments legally. It’s like skipping the line at the checkout.”

Take photos of your Airbnb before you go