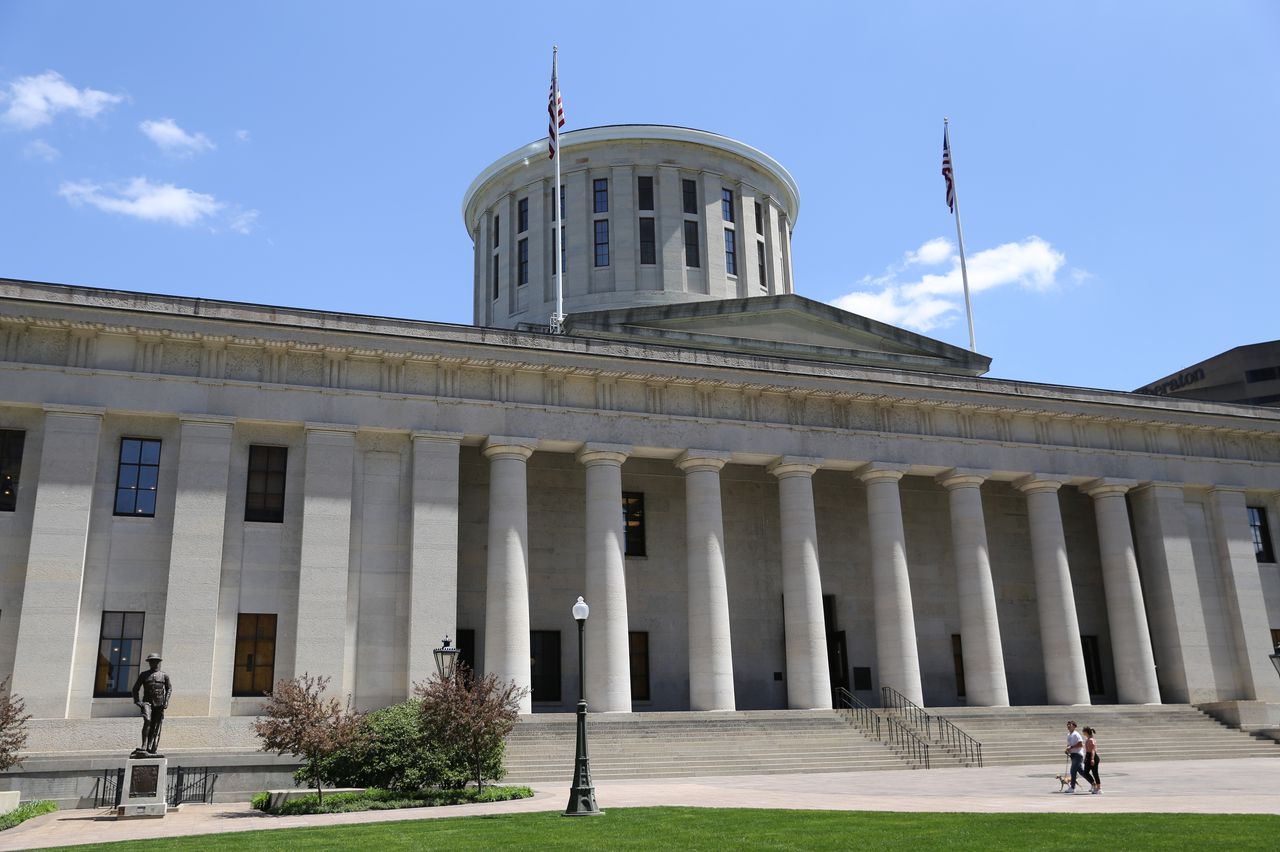 Subscribe to Alarm Clock, cleveland.comThe free morning newsletter from , delivered to your inbox weekdays at 5:30 a.m.

It should be mostly sunny today, but it will be cooler, with highs in the mid-60s. Overnight temperatures will be around 50 degrees with partly cloudy skies. Read more.

Airbnb: A bill that would prevent local governments from banning or limiting Airbnbs, Vrbos and other short-term rentals is moving forward at the Ohio Statehouse after allowing a preliminary committee vote last week. Andrew Tobias reports that the bill would prevent cities, towns and townships from banning short-term rentals outright, but would also prevent them from limiting their number or regulating the length or frequency of rentals.

Port Authority: In a last-minute decision on Monday evening, the Cuyahoga County Board chose not to take any action regarding the nomination of labor leader Dave Wondolowski to the Port Authority of Cleveland-Cuyahoga County Board – allowing the nomination of become effective at the end of the month. Executive Armond Budish first recommended Wondolowski for the Port Authority seat on April 1, but the vote was twice delayed by controversy and public backlash, reports Kaitlin Durbin.

Over the past four decades, the Ohio General Assembly has passed dozens of abortion restrictions. We’re talking about a possible U.S. Supreme Court decision overturning Roe v. Wade and what it could mean here on Today in Ohio, cleveland.comhalf-hour daily news podcast.

Panel of Opioids: The decision of how Ohio will spend hundreds of millions of dollars – and possibly more – in opioid settlement money will rest with a new nonprofit, whose board of directors has met for the first time on Monday. Jeremy Pelzer reports that the OneOhio Recovery Foundation’s 29-member board is made up of state officials, local government leaders (including Cuyahoga County Executive Armond Budish), experts in drug treatment and others from across the state.

Stimulus spending: Cuyahoga County Board members gave early approval, through multiple committees on Monday, to spend a portion of the $240 million in COVID-19 stimulus funds allocated to the county through the American Rescue Plan Act, reports Lucas Daprile. The county’s Community Development Committee voted unanimously to approve spending $2.5 million to stabilize the Cuyahoga River hill known as Irishtown Bend and $19.4 million to provide affordable broadband to tens of thousands of county residents.

Safer streets: Cleveland’s streets could become safer under a complete and green streets ordinance addressed to the city council on Wednesday, reports Steven Litt. Co-sponsored by Mayor Justin Bibb as one of 85 items on the to-do list for his first 100 days in office, the ordinance calls for greater efforts to install landscaping to absorb storm runoff and to equipping more streets with safety features that could include bike lanes separated by “low-stress” grades, curb bumps at corners, and raised crosswalks, or “speed tables,” that would naturally slow down traffic traffic.

Outdoor dining: For the third straight summer, Cleveland officials want to expand pandemic-era rules that would allow restaurant and bar owners to expand seating in parking lots, streets and other public spaces, reports Courtney Astolfi . Although the pandemic-era program expired in November 2021, Mayor Justin Bibb intends to introduce legislation to City Council on Monday that, if approved, would allow it to continue until November 2022.

Tribute to Pets: Jaeger Keene, a German Shepherd mix, died on March 22, 2022. His owner, Susan Keene, writes in the first of dozens of pet tributes featured on cleveland.com: “There is NO dog as perfect, as loyal and as affectionate as him. My world will never be the same again, but I’m grateful to have received the gift of his love.

Stouffers 100th: This year, Stouffer’s celebrates 100 years of activity, reports Marc Bona. The frozen food business began when Abraham and Mahala Stouffer started serving buttermilk and crackers at a counter in downtown Cleveland Arcade. Now part of Nestlé in Solon, Stouffer’s has a cooking center, where hours of tryouts and tastings allow restaurants to get a finished product or a grocery store to stock frozen lasagna.

Gas prices: The current average price of gasoline in Ohio is $4.294 per gallon for regular unleaded gasoline, the highest average price on record for Ohio, reports Zachary Smith. Across Greater Cleveland’s Seven Counties, the average price peaked at $4.31 per gallon in Geauga County on Friday.

Plane ticket: Travelers across the country are gobbling up overpriced airplane seats for summer vacations they haven’t taken in three years. Susan Glaser reports that summer airfares from Cleveland to West Coast cities have skyrocketed from summer 2019 prices, before the pandemic rocked the travel industry. Fares are up 99% to Los Angeles and 159% to San Francisco. In addition to demand, rising jet fuel prices and dwindling seat capacity due to shortages of pilots and other manpower are driving prices up across the country.

police shooting: An off-duty Cleveland police officer shot and killed a teenager in self-defense in Milwaukee during an attempted robbery, authorities say. Milwaukee police say the 17-year-old boy had a gun when he was shot. The shooting took place at 12:19 a.m. Sunday morning in the north of the city. Police did not provide any details of the incident.

Kill Shot: Police are investigating after Chris’Shon Coleman, 20, of Cleveland, was fatally shot at around 3:15 a.m. Saturday on East 40th Street near Quincy Avenue in the Central district, Olivia Mitchell reports. No arrests have been made and police have not identified a suspect in the shooting.

ATV crackdown: Authorities seized a stolen car and six all-terrain vehicles during a raid on a home on Cleveland’s West Side last week, reports Olivia Mitchell.

Brew kettle: Investors in The Brew Kettle have agreed to dismiss a lawsuit they filed last month that accused the craft brewery’s co-owners of leaving the business ‘on the brink of collapse’. Cory Shaffer reports that owners Christopher T. Russo and Rodney Davis, who bought the company in 2013, have agreed to step down and sell their combined 25% stake in the company’s stock to investor Bryan Weber and d ‘give up their day-to-day management roles in the business. operations and finance.

Police pursuits: In the first four months of 2021, police officers in East Cleveland were involved in a car chase almost once a day, with 40% of them ending in crashes. The new “Chased” podcast series, hosted by journalist Olivia Mitchell, explores the problem of police chases in east Cleveland.

Cooking restaurants: West Siders can buy burgers at Shake Shack and Indian food at Choolaah at Crocker Commons, which is across from Crocker Park, reports Marc Bona.