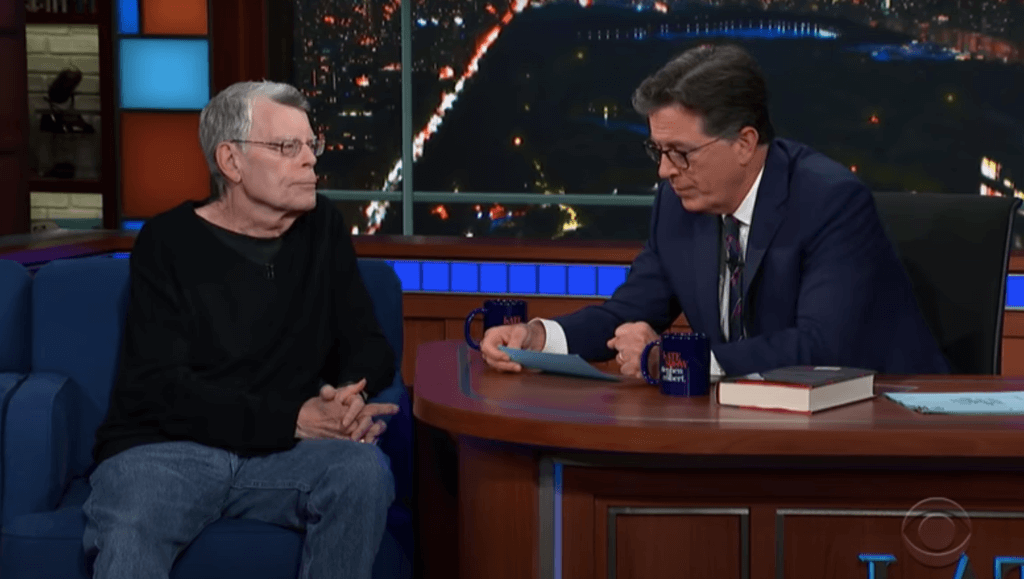 Stephen King appeared this week on “The Late Show with Stephen Colbert” to promote his new book, the revenge thriller “Billy Summers”, released last week. But, as is often the case with King and Colbert, the first thing the couple talked about was politics.

King, who spends half of his year living near Sarasota, Florida – he spends the other half in western Maine – has expressed disapproval of how Governor Ron DeSantis has handled the coronavirus pandemic , which he had already done on his very active Twitter page. .

However, it wasn’t just the governor’s COVID response that shocked him. During Monday night’s appearance, King also highlighted the toxic red tide currently plaguing Tampa Bay, which King says was caused by the DeSantis administration allowing sewage to be pumped into the bay from the reservoir. of a local fertilizer factory, which was on the verge of collapse. .

“Ron DeSantis is probably not the brightest bulb in the chandelier at the best of times,” King said. “He’s got that deer in the headlights, sort of.”

DeSantis, often referred to as a potential 2024 presidential candidate, is far from the first Republican politician to incur King’s wrath on Twitter and on Colbert’s show. Former Maine Governor Paul LePage, former President Donald Trump and Maine Senator Susan Collins have been among the successful writer’s past targets. King and Collins are neighbors on West Broadway in Bangor, home to the former record house and King’s founding headquarters, and where Collins maintains a residence year round.

Politics aside, King and Colbert spoke briefly about the surge in Maine home real estate values ​​as people seek to move out of cities for more rural areas. Colbert suggested that King put his Maine home on Airbnb, to earn some extra money.

“Yeah, but there’s a lot of skeletons in the closet, man,” King said.

Finally, Colbert asked King to name his five favorite books from among his own books. King quickly named his short story “Survivor Type,” published in his 1985 collection “Skeleton Crew,” a gruesome story about a man stranded on a desert island, who must eat his own body in order to survive. He completed the list with 1987’s “Misery”, 2006 “Lisey’s Story” and the 1982 short story “The Body”, and of course, his latest book, “Billy Summers”.

More articles from the BDN

This social worker earns $ 85,000 a year. How is she spending during the pandemic?