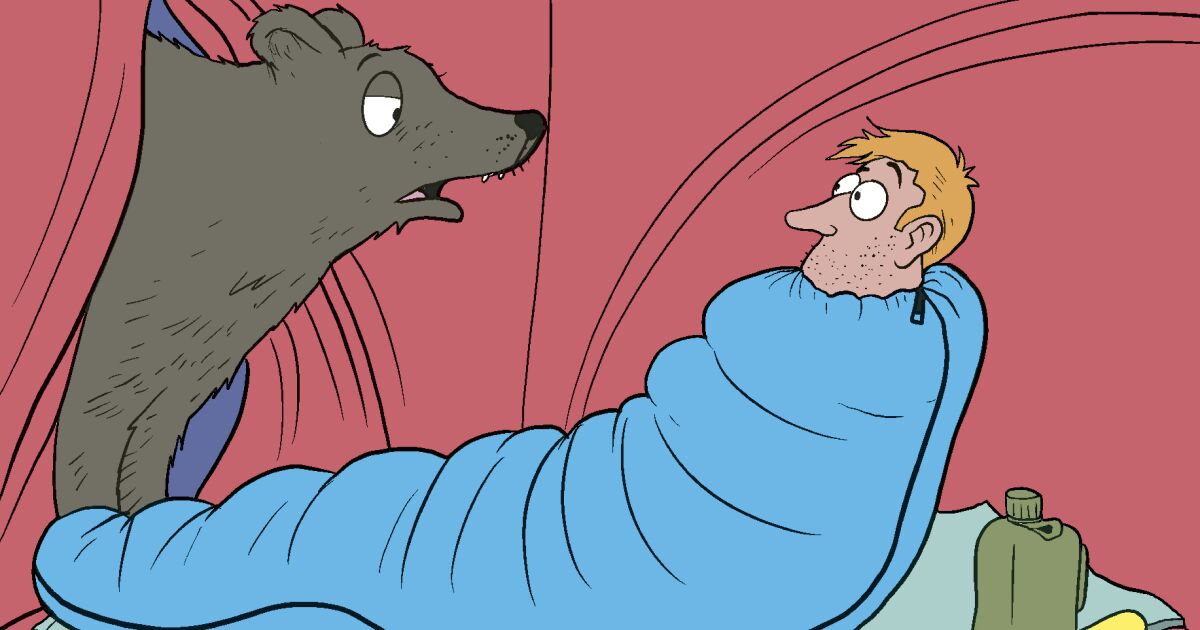 After a UNbearthree weeks of absence, we are back, friends! Congratulations to the clever Britin Hanson for taking first place this week. She will receive the original signed Steve Breen cartoon in the mail. Thank you to everyone who participated. The art for next week’s contest is below.

“I like the Open Igloo. Do you have anything other than Bud Light Seltzer? » Briton Hanson, San Diego

“Not quite ‘pigs in a blanket’, but it’ll do.” Mark Collins, La Mesa

“Do you by any chance have Bayer aspirin?” David Johannson, San Diego

“Hey, buddy, would you like it if I camped out in the middle of your living room?” Diane Allison, Oceanside

“You chose that over Airbnb?” Glenn Sherman, San Marcos

“Put on your glasses. I am not Joan. Mechelle Perrott, La Mesa

“Now we are both in danger.” Andrew Hawkins, Sudbury, Ontario, Canada

“Would you like to read me a story before going to sleep?” Bernie Nofel, San Diego

“It sounds a bit like the Bear Witch Project.” Felmar Mationg, imperial beach

“Where did you put the Cheetos?” Jonathan Arend, sixth grade, Dana Middle School

“Do you have a permit?” Milan Worland, sixth grade, Muirlands Middle School

To enter, email your submissions to [email protected] by 10 a.m. Tuesday. Please limit your captions to three and keep them brief. Good luck!

Rent A Schoolie In Wisconsin In Lake Geneva