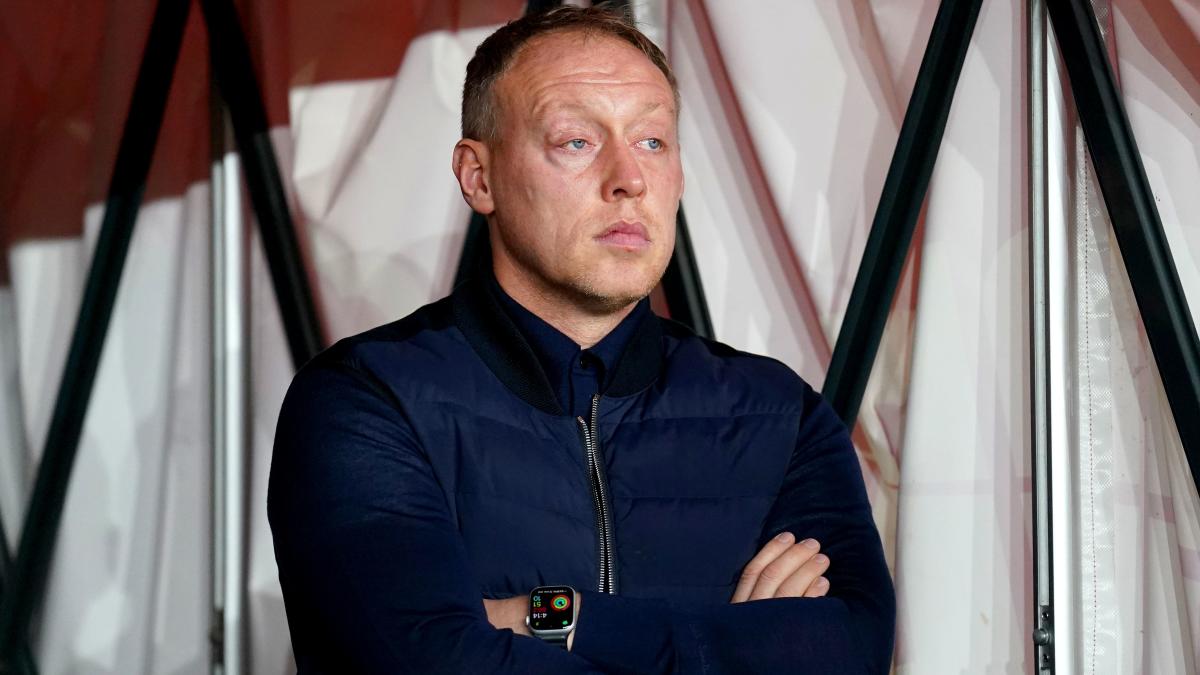 Nottingham Forest boss Steve Cooper is looking for an answer when his side host Wolves in the Carabao Cup quarter-final after Saturday’s FA Cup exit at Blackpool.

The weekend’s third round tie saw Forest beaten 4-1 by Seasiders, who are currently 22nd in the Sky Bet Championship.

Cooper then described it as “unacceptable”, and he told a press conference ahead of the Wolves game: “We let ourselves down this weekend and I really hope we can respond and do better. In this one.”

The 43-year-old, who made 11 changes to his starting line-up for Saturday’s contest, added: “The Blackpool game came at the end of a busy week where we played on Sunday and Wednesday ( a 1-1 draw at home to Chelsea and a 1-0 win at Southampton, both in the Premier League)… and just because of the injured list, I couldn’t risk taking any more.

“But, at the same time, the team we put together were more than capable of winning that game, and I say that with all due respect to Blackpool, who obviously did well that day.

“The moments of the match were the unacceptable games, the goals we conceded and the chances we missed.

“(With) the mentality we’re developing at this club at the moment with this group of players, that’s what we don’t want to be. But the players knew that, and at the same time, as disappointing as that was, I’m not so stubborn to think it’s like that every day with these players.

“It’s not, and because of that I have to trust them that they won’t let that happen again, and we’re moving on to the next game and trying to pick the right team to play the game plan. which is necessary to be successful against the wolves.

Cooper faced a sizable list of injuries and said there were “quite a few doubts” for Wednesday, without giving names.

Forest head into the clash with Julen Lopetegui’s men, their first League Cup quarter-final since 1994, unbeaten in their last six home matches in all competitions, winning three.

It’s the first of two home games in four days, with Forest also hosting Leicester in the league on Saturday as they look to add another victory to the win at Southampton that lifted them out of the relegation zone.

Cooper said he expected a “bright atmosphere” on Wednesday, adding: “I know there was a lot of excitement after the Blackburn game (the 4-1 away win in the last round) , so we respect that very much.

“We are really enjoying our football at the City Ground at the moment, there is no doubt, and the atmosphere the fans create.

“Whether it’s a League Cup quarter-final or a Premier League game, one thing that’s been fairly guaranteed this year is an incredible atmosphere. Home games can’t come soon enough.

The former video store turned Airbnb goes back in time