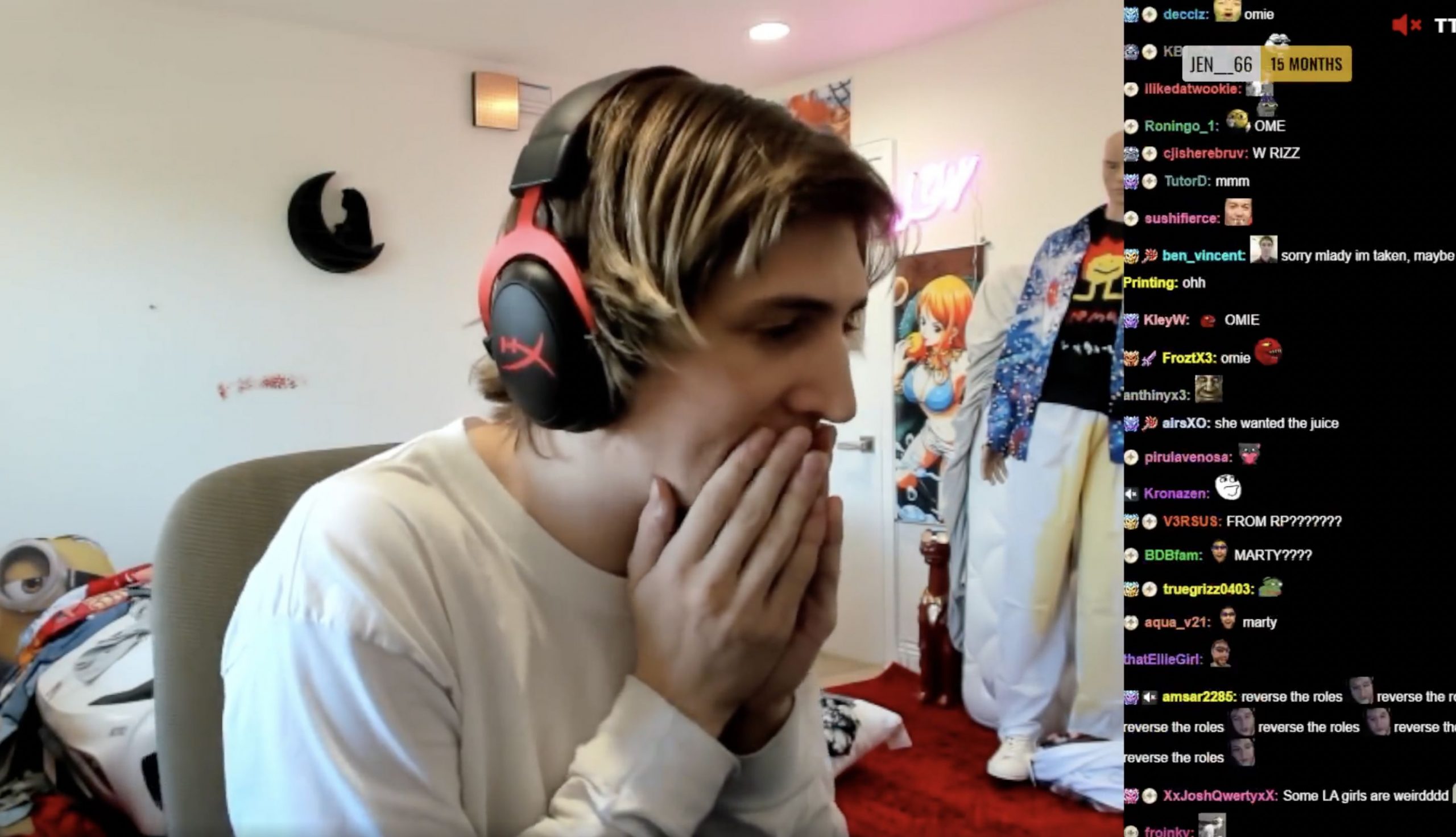 Félix Lengyel — better known as xQc on Twitch — shared a story with his 11 million subscribers over inappropriate fan interaction at a TwitchCon afterparty.

TwitchCon 2022 has already been under fire since the event took place on the weekend of October 8. Most notably, at least two participants claimed to have been seriously injured by one of the more popular exhibits.

Lengyel claimed he was at an after party talking to other popular streamers when a woman approached him and was “too touchy”. He added that he told her to back off but that didn’t stop her advances.

Finally, he said he leaned close to his ear and clearly said, “I’m taken” – which, given his very public breakup with his longtime girlfriendstreamer Adept, back in September, may have been a lie.

“I did it four times, telling him to back off,” Lengyel alleged in his video. “She laughs and shit.”

Lengyel then said he was sitting on one of the available sofas talking with fellow streamer Omie when he felt the woman put her hands on his legs from behind.

“I’m like ‘yo, I’m taken can you back off?’ I’m done with that shit,” he recalled. “Five minutes later, I relax again looking around, and she puts both hands on my legs and comes all the way up.

Lengyel then alleges that the woman touched him inappropriately and made him feel uncomfortable enough to run to the men’s room for help.

“I didn’t know what to do,” he said. “I froze and asked other people to help me. I start going to the bathroom because I want to go out. I get to the bathroom, I look behind me and she chases me.

Lengyel added that the situation made him so uncomfortable that he left his Airbnb he had booked with other streamers and instead stayed at a hotel provided by Twitch.

“I’m really upset because I think it sucks and I hate it,” he said. “I told her a bunch of times and she wouldn’t stop it.”

Visibly distraught in the video, Lengyel expressed his frustration with the woman not listening to him and others not taking his discomfort seriously.

“I feel like people didn’t care that much. I got mad, it’s maddening,” he concluded.

Several of the more than 240,000 people who watched the video chimed in with the same comment: “Reverse the roles.” The thing was, had Lengyel followed and inappropriately touched a woman at the event, it would have been taken more seriously.

Lengyel made his views known on sexual harassment in mid-September when streamers Mizkif and Trainwreck got into a fight on Twitter that resulted in sexual assault allegations against Mizkif be made public.

The conversation took place just before Lengyel received a backlash for pretend to sniff Pokimane streamer’s chair while listening to its stream.

If you or someone you know needs help after experiencing sexual violence, contact the National Network on Rape, Abuse and Incest (RAINN) at 1-800-656-4673 or chat online with a qualified advisor. You can also log in with a Crisis text line advise toll-free by texting the word “HOME” to 741741.

Use Free CVS Pickup for your last minute purchases, and your order could be ready in as little as an hour

This colorful Cuisinart knife set was a Prime Day bestseller, and it’s still on sale for 62% off today: ‘They’re like razors’

Listen to the latest episode of our pop culture podcast, We Should Talk: