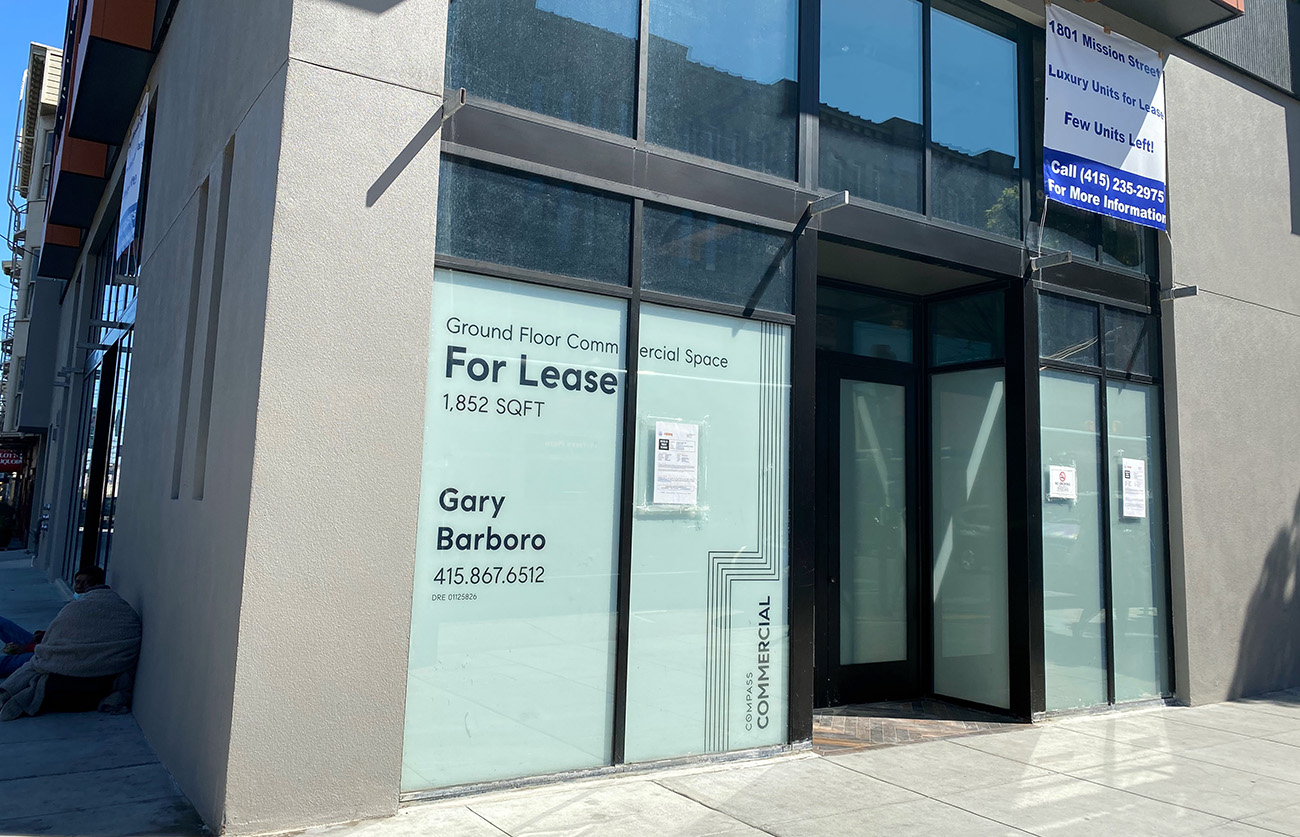 Who needs caffeine when the mere chat of coffee turns people on?

Plans for The Creamery, a cafe famous for hosting conversations that allegedly sparked tech companies like AirBnB, to move into the Mission were put to the supervisory board today as opponents claim the proposal violated a law California environmental policy in 1970 and would have a negative impact on the neighborhood. environment.

Supervisors unanimously agreed that this was not the case.

That vote, however, followed careful consideration of a presentation led by Ben Terrall, who filed the lawsuit that rolled out the California Environmental Quality Act (CEQA) to oppose the project led by Ivor Bradley, an Irish immigrant.

Bradley closed the Creamery in SoMa when his lease expired last August after 12 years in space. While plans for a residential building that would relocate his business were underway, Bradley found a new location at 1801 Mission Street, development of which was completed in 2020. Commercial space on the ground floor on the corner 14th Street includes residential units above and has been vacant for two years. Bradley will be its first tenant. Various other commercial spaces nearby remain vacant and for rent.

Terrall, a member of the Anti-Tech Cultural Action Network, argued that the alleged increased gentrification the creamery would generate would create a negative impact on the local area and possible urban degradation. He compared his case on the creamery to a successful CEQA appeal in 2004, which argued that the creation of two Bakersfield malls, which included full-size Walmarts and a gas station, would have negative physical impacts on the community. surrounding.

Supervisor Hillary Ronen said invoking the CEQA was a tool frequently used by anti-gentrification campaigners, and added that the effects of the creamery could not be compared to the Bakersfield court case. “The court was able to maintain the Bakersfield [case] because of the size. I don’t think we have reasonable data to indicate that the small site would cause a spiral of closures leading to urban degradation and plague. “

Ultimately, Ronen said, it was usually best to fill a long vacant position for the community, even if it sparked a little competition. She is committed to working with community groups to protect the culture of the neighborhood. “I understand the anxiety,” Ronen said of the Mission community. “I just don’t see how CEQA applies legally.”

Nonetheless, the debate over the project has been heated and a deluge of neighborhood organizers and anti-gentrification activists have voiced their opposition. Members of organizations such as Calle 24 Latino Cultural District, United to Save the Mission, the Latino Task Force and other cultural districts like the Castro LGBTQ Cultural District and SoMa Pilipinas, have said “nobody wants” more technology or expensive food in the Mission. . The most expensive menu item on the creamery menu costs $ 11.

Critics said Bradley’s store would trigger a Mission Street “Valencia-fication”, referring to a migration of upscale businesses and bars to Valencia Street. They further alleged that the creamery would steal customers from pre-existing cafes, which they felt was unfair given that Bradley said he could move to Colorado if this business move failed. “My people have cafes and small restaurants at the nearby site, and I know they will lose a lot more business,” a self-proclaimed Mission organizer said in a public comment.

Indeed, two competing stores felt the same. George Salome, the owner of New Star Deli, which has served coffee, breakfast and lunch nearby on 269 14th St. since 1988, said there are already a handful of cafes within a short distance of the Creamery location (Four Barrel Coffee is a short walk one way). “The former residents are forced to leave,” said Salomé.

One block from 1905 Mission Street, the owners of La Noisette called and agreed, adding that the pandemic had already taken its toll on their business. “Continuing with this project will definitely eliminate us. We will not survive.

A caller who supported the creamery later pointed out that the allegations appeared to be reminiscent of the battle against Matcha n ‘More, a proposed Mission ice cream shop that never opened after opposition from an ice cream company competitor.

Terrall’s final point was that the American Indian Cultural District, which is located at the heart of the mission, was never notified of the dairy move. New businesses are usually invited to raise awareness and organize meetings before they open; the planning department requires businesses to notify neighbors within 150 feet. “The blatant disrespect of not informing the indigenous community is totally unacceptable,” said one caller. The designated representative of the American Indian Cultural District, Sharaya Souza, was not present on Tuesday.

Ultimately, however, claims of gentrification and business competition failed to meet specific guidelines set out by the California Environmental Quality Act, said Michael Li, senior environmental planner. He listed examples that might: The store does nothing like that, Li said.

“There is no historical resource,” Li said. “It used to be wasteland that was used for surface parking and selling Christmas trees. ”

The hearing also allowed Steve Vettel, an attorney representing Bradley, to respond to the allegations and rumors circulating around the Java spot. Two were that the creamery changed the use of the zoning to accommodate its cafe, and that Bradley planned to sell alcohol. Vettel clarified that 1801 Mission Street was already eligible to serve coffee with its urban mixed-use designation and that Bradley had sold his liquor license. Bradley was not present on Tuesday.

Coffee supporters have also expressed frustration with the multiple challenges of opening a business in San Francisco. One caller implored supervisors to focus on other issues, not “micromanaging the sale of scones”. Another said, “What kind of city do you want to be? ”

This is the second hearing the dairy has faced. In March, Terrall triggered a discretionary hearing at the Planning Commission. Then the Planning Commission unanimously approved the creamery, as long as Bradley agreed to hire in the neighborhood, provide his store with multilingual menus, hang cultural art, and make sure that the diverse community feels at home.

Bradley has pledged to do so.