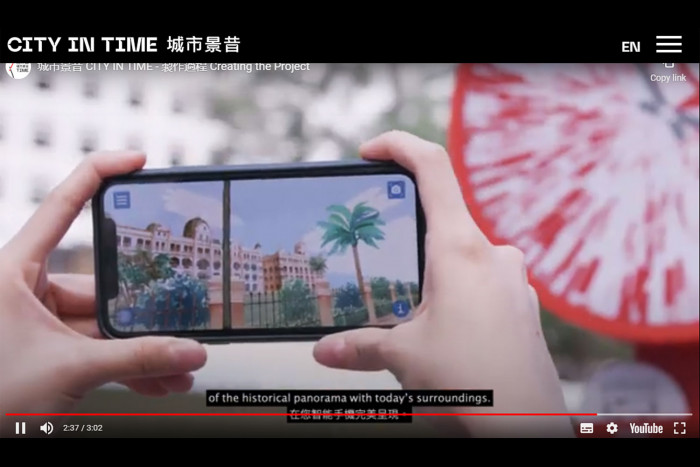 Take off with these virtual tours

We are stuck at home again and spend all day in front of a computer as the country battles the third wave of Covid-19. For those who surf the Internet and dream of vacations, taking virtual tours of iconic sites, historical sites and art museums seems to be a good solution to satisfy the urge to travel. 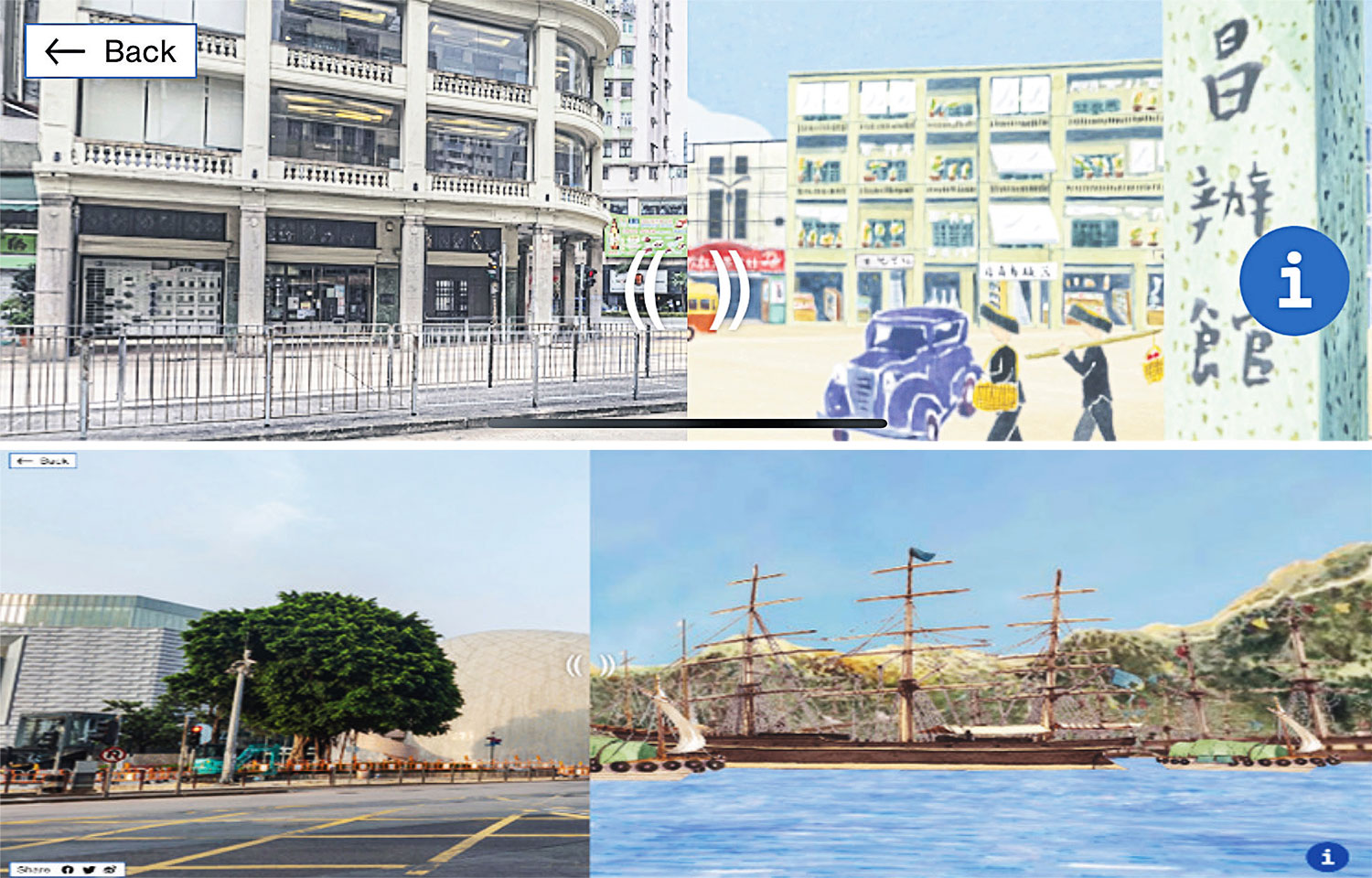 The “City In Time” project uses augmented reality and advanced multimedia to bring tourists back to the good old days of Hong Kong. Visitors can scan their smartphones and match the historical panorama with today’s environment. (Photos © site cityintime.hk)

Meanwhile, officials have partnered with IT companies, artists and specialists in several fields to boost tourism on online platforms to stay in touch with avid travelers around the world.

Recently, the Hong Kong Tourism Commission collaborated with the City University of Hong Kong on the “City In Time” project which integrates augmented reality (AR) and advanced multimedia technologies to bring its rich history back to life.

Thanks to AR technology, a smartphone turns into a magical window that takes visitors back in time and shows the geographical and environmental transformation of the island over time.

With animated animations and special sound effects to provide an immersive visual and audio experience, visitors can organize their own walking tour by downloading the City In Time app or browsing the website of the same name to discover 28 landmarks. popular in Hong Kong, including Central, Tsim Sha Tsui, Sham Shui Po, Yau Ma Tei, and The Peak.

“We did a 360-degree laser scan at some locations in Hong Kong and converted them into panoramic 3D models. After deciding on a historical moment for each location, we sought out archival photographs depicting buildings and items that would be visible in the reconstructed panorama. These photographs were then matched and textured onto 3D models, ”said Jeffrey Shaw, full professor in the School of Creative Media, City University of Hong Kong. 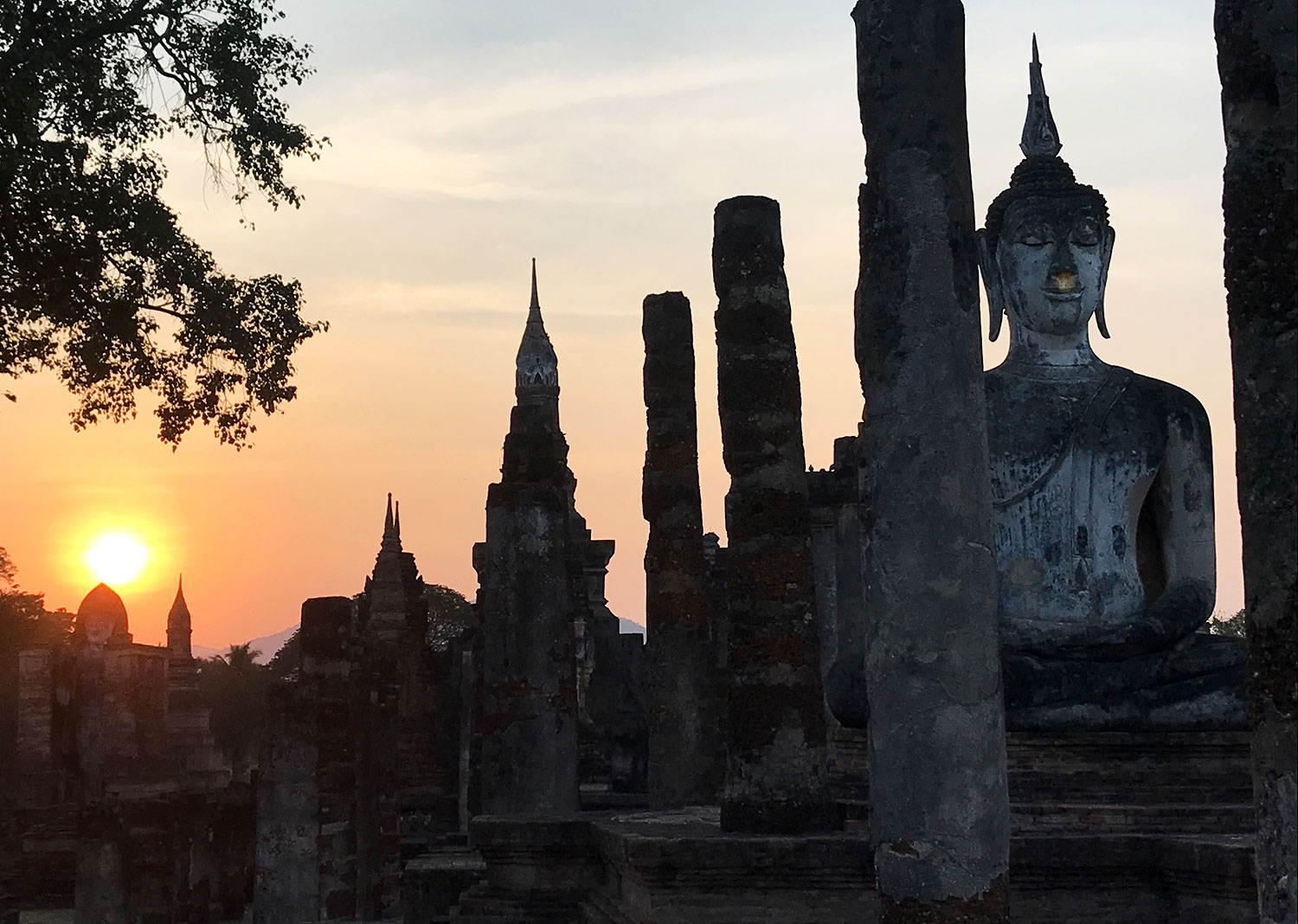 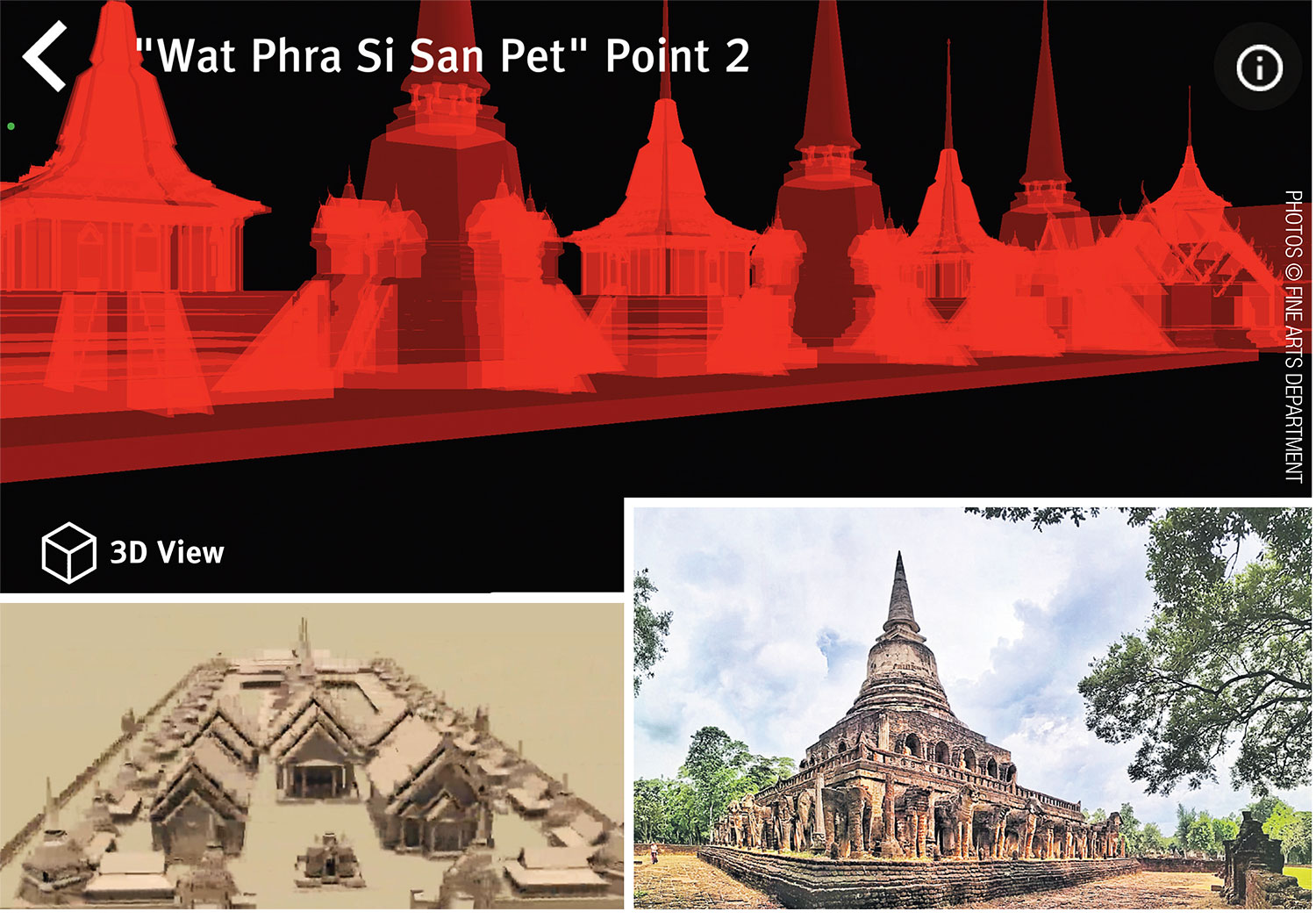 “Using the photogenic textures as a reference, renowned artists created new textures which were applied to the 3D model. In addition, the app development team has integrated these panoramas with other features, including sound effects, animated objects and characters, selfies, and social media.

The panoramas are the combination of historical photographs and panoramic illustrations specially drawn by famous illustrators such as Flying Pig, Pen So, Don Mak and Wong Chun Hei. They were modeled in 3D so that optical tracking could be used to align them with the real environment.

As they walk around, visitors can see how the former Tai Kwun Police Headquarters turned into a Heritage and Arts Center while Tsim Sha Tsui East, which was salvaged from Hung Hom Bay, s is developed into a famous mid and high end shopping location.

There’s also Statue Square, the seat of the Supreme Court, which underwent extensive renovations in 1984 and served as the former Legislative Council between 1985 and 2011 before becoming the Court of Final Appeal in 2015.

Located in the heart of Sham Shui Po district, Lui Seng Chun is a classic shopping complex that was once a medicine store and designated as a Category I historic building by the Bureau of Antiquities and Monuments in 2000. In the same year, the Him The family donated the building to the government and it has now become the School of Chinese Medicine at Hong Kong Baptist University. 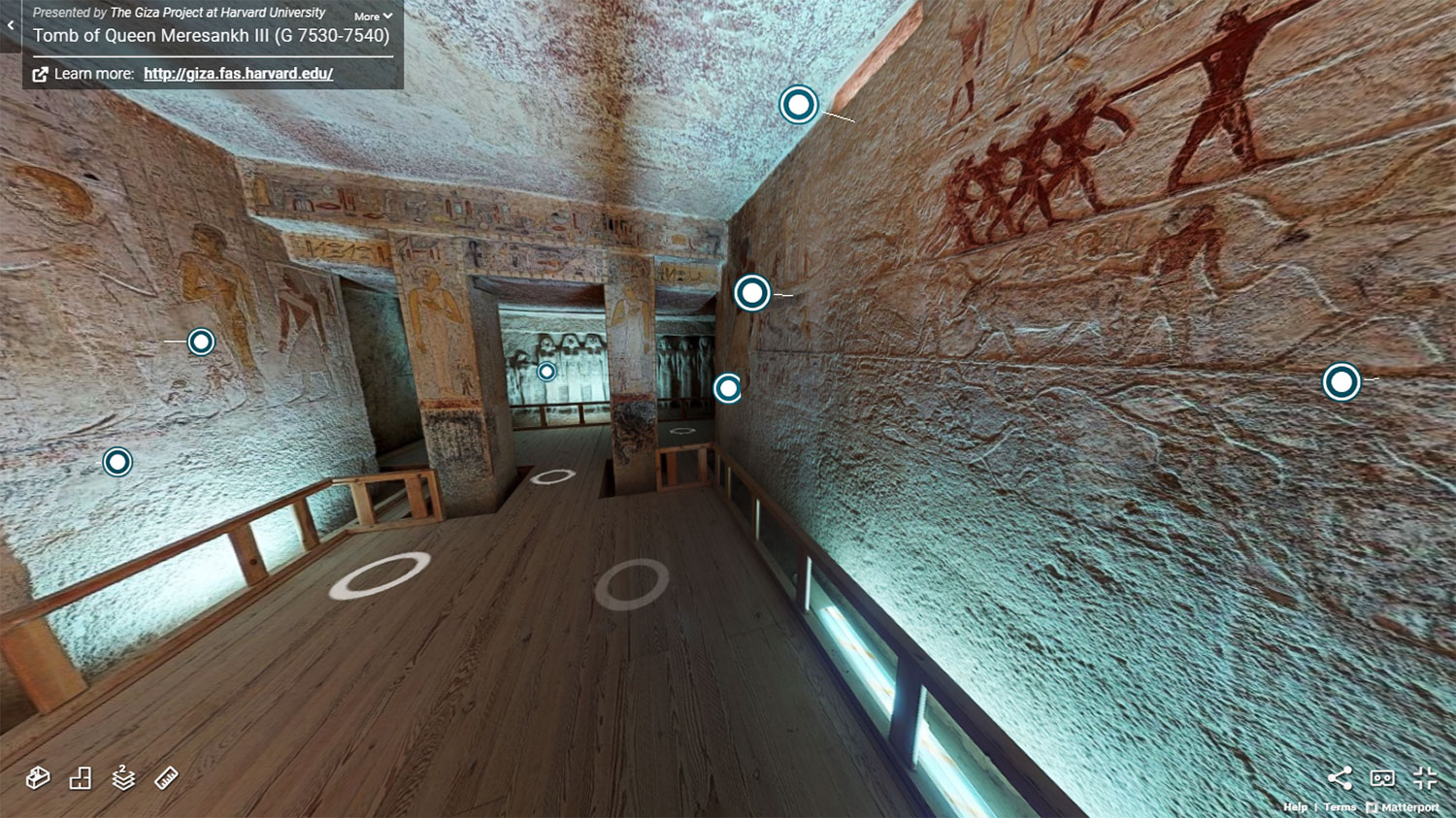 The tomb of Queen Meresankh III features beautiful murals and reflects the ancient Egyptian belief in the afterlife. It was buried under the desert for 4,000 years before archaeologist George Andrew Reisner of Harvard University and the Museum of Fine Arts rediscovered it in 1927. (Photos © Digital Giza) 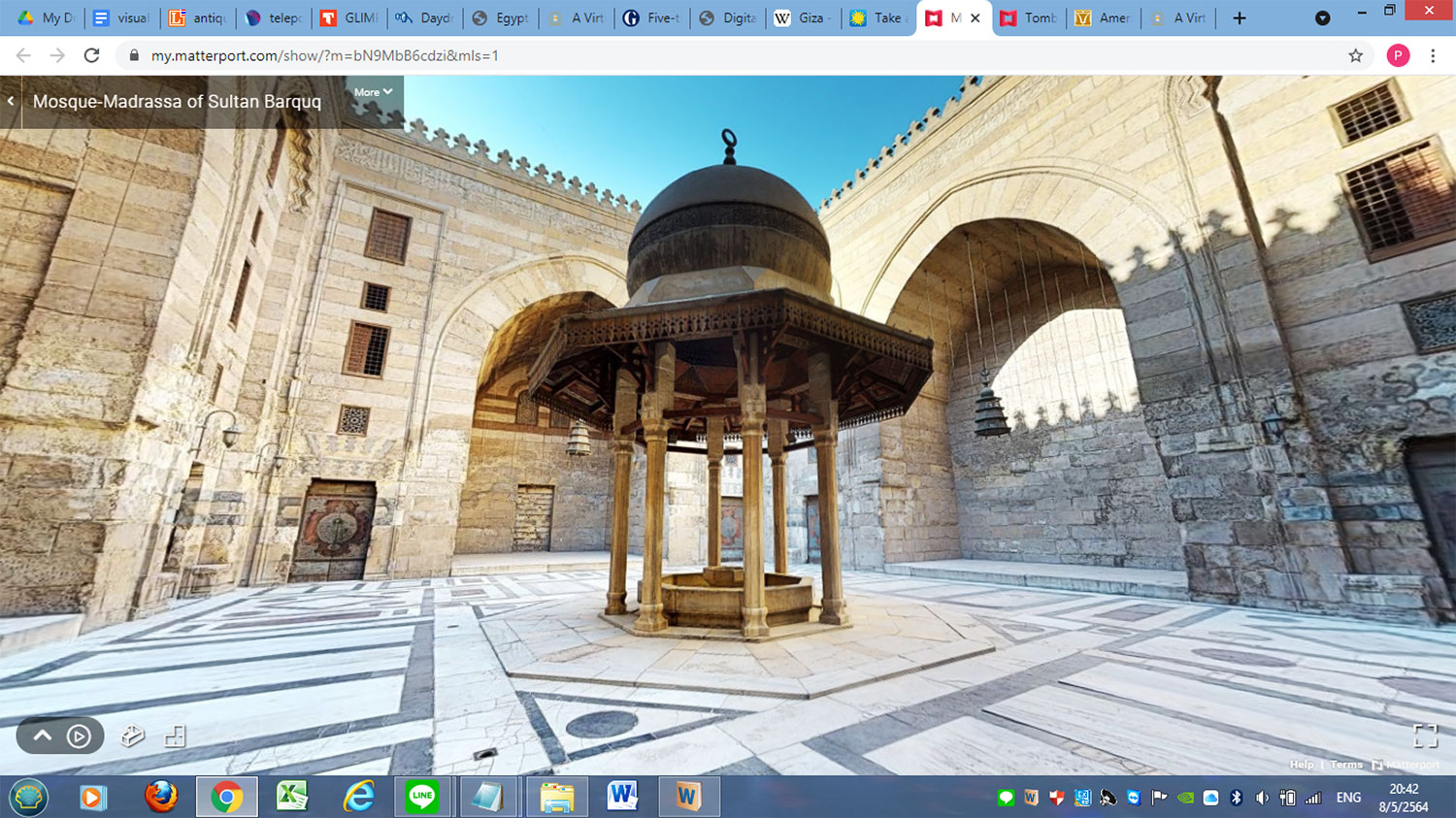 Located in Cairo, the Mosque-Madrassa of Sultan Barquq was erected in 1384 and features astonishing architectural elements.

The tomb was built for a man named Menna over 3,000 years ago and discovered by Gaston Maspero in 1886. (Photos © Egyptian Ministry of Tourism and Antiquities)

The project also includes a number of solar panels and clock-shaped AR markers to allow visitors to scan their smartphones and match the historical panorama with today’s environment.

Meanwhile, the Singapore Tourism Board and Airbnb have also teamed up and are offering great deals on a unique program known as Singapore Virtual Trips specially curated for Airbnb experiences. Organized by passionate locals and iconic figures in the tourism industry, the project offers unique online experiences such as an eco-tour to Gardens by the Bay’s Cloud Forest, a virtual tour of the Peranakan Museum, an interactive bingo tour in the northern tech district of Monster Day Tours, and a behind-the-scenes look at the rich history of Old Kallang Airport with Jerome Lim, founder of The Long and Winding Road heritage website.

“Our partnership with Airbnb Experiences is timely. As travel gradually picks up, we want to focus on strengthening Singapore’s brand image in the minds of people around the world and ensuring that our city stays in the minds of people. This partnership will also give Passionate Singaporean hosts a leading platform for reaching quality travelers around the world while enabling them to innovate and explore new business models, ”said Keith Tan, Managing Director of the Singapore Tourist Board.

Hosted by Cloud Forest, the Mountain Under Glass tour has proven to be popular in which Deputy Director Chad Davis serves as a guide by arranging a 45-minute walking tour through Zoom. Visitors can join a group and explore Gardens by the Bay on their cell phone or desktop computer.

Crossing spiral bridges, Chad takes visitors to the upper and lower forest floor, which were designed to resemble the mountain and its fascinating plants such as aroids, begonias, rhododendrons vireya, and medinilla. This program aims to raise awareness of the wonders of nature and environmental conservation.

Alvin Yapp welcomes visitors for a 60-minute virtual tour of the Peranakan Museum. He turned his house into a living museum in 2003 to display a wide range of antiques, classical costumes and antique furniture that reflect the rich cultural heritage and the Peranakan way of life.

Teleporting to Egypt, the Ministry of Tourism and Antiquities has set up several virtual tours to give visitors a glimpse of ancient pyramids, tombs, and historic sites such as Menna’s Tomb in Theban Necropolis, Red Monastery and the mosque-madrassa of Sultan Barquq.

Wear a VR headset and imagine that you are in Cairo exploring Menna’s private tomb, which was built over 3,000 years ago and rediscovered by Gaston Maspero in 1886. As you walk through the imposing gate, the walls are covered. colorful murals depicting the funeral procession carrying Menna’s mother and various goods by boat across the Nile as well as a significant scene of Menna and her family catching fish and birds in the afterlife to represent rebirth .

There is also a scene that illustrates how the priests reactivated Menna’s body during the ceremony by opening his mouth so he could eat, drink, and breathe in the afterlife.

Next, embark on the Giza Plateau which houses the tomb of Queen Meresankh III, the granddaughter of King Khufu who erected the Great Pyramid. Behind the entrance, I found myself lost in the main hall where the murals recall certain scenes of the Queen and members of the Royal Family alongside the funeral priests. 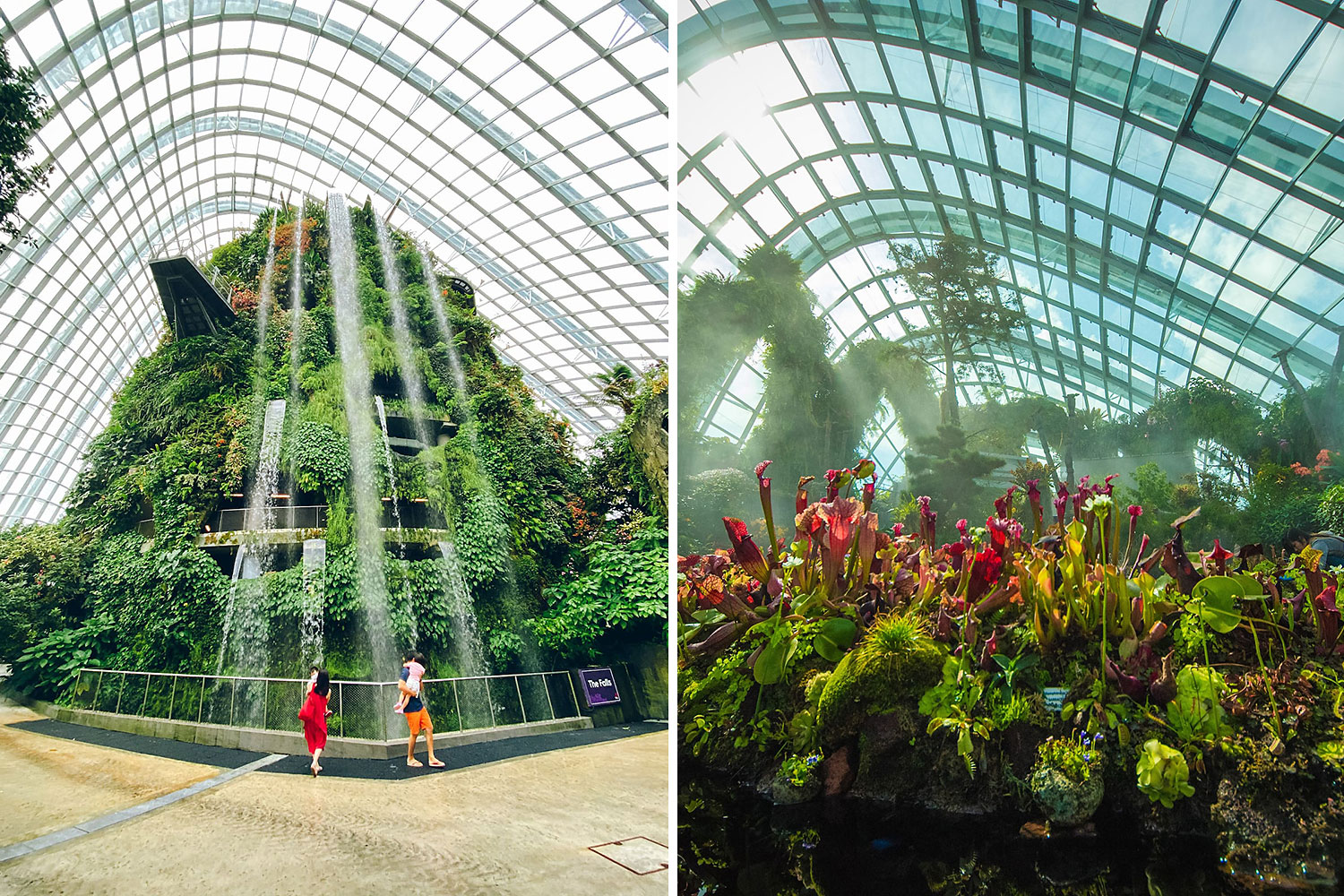 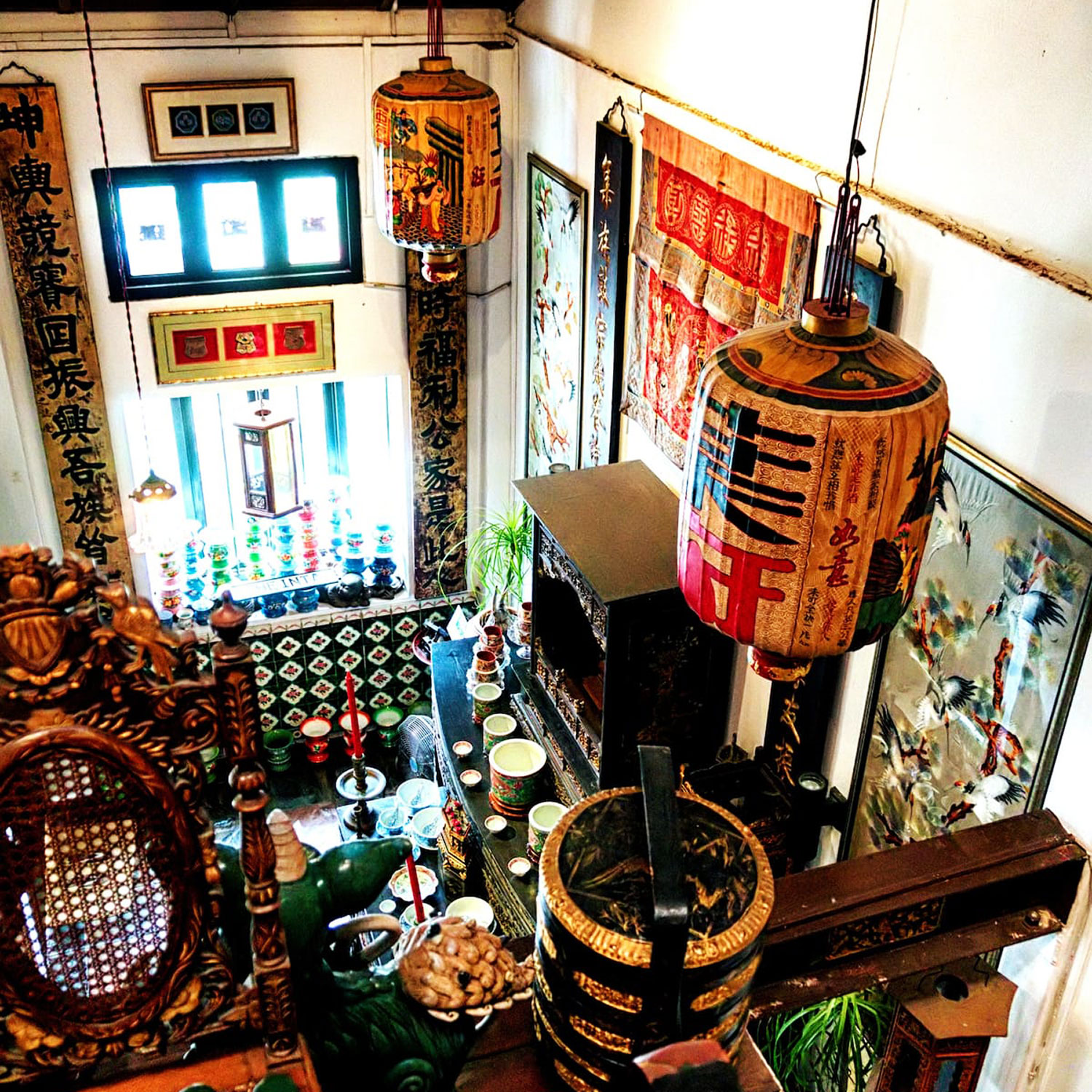 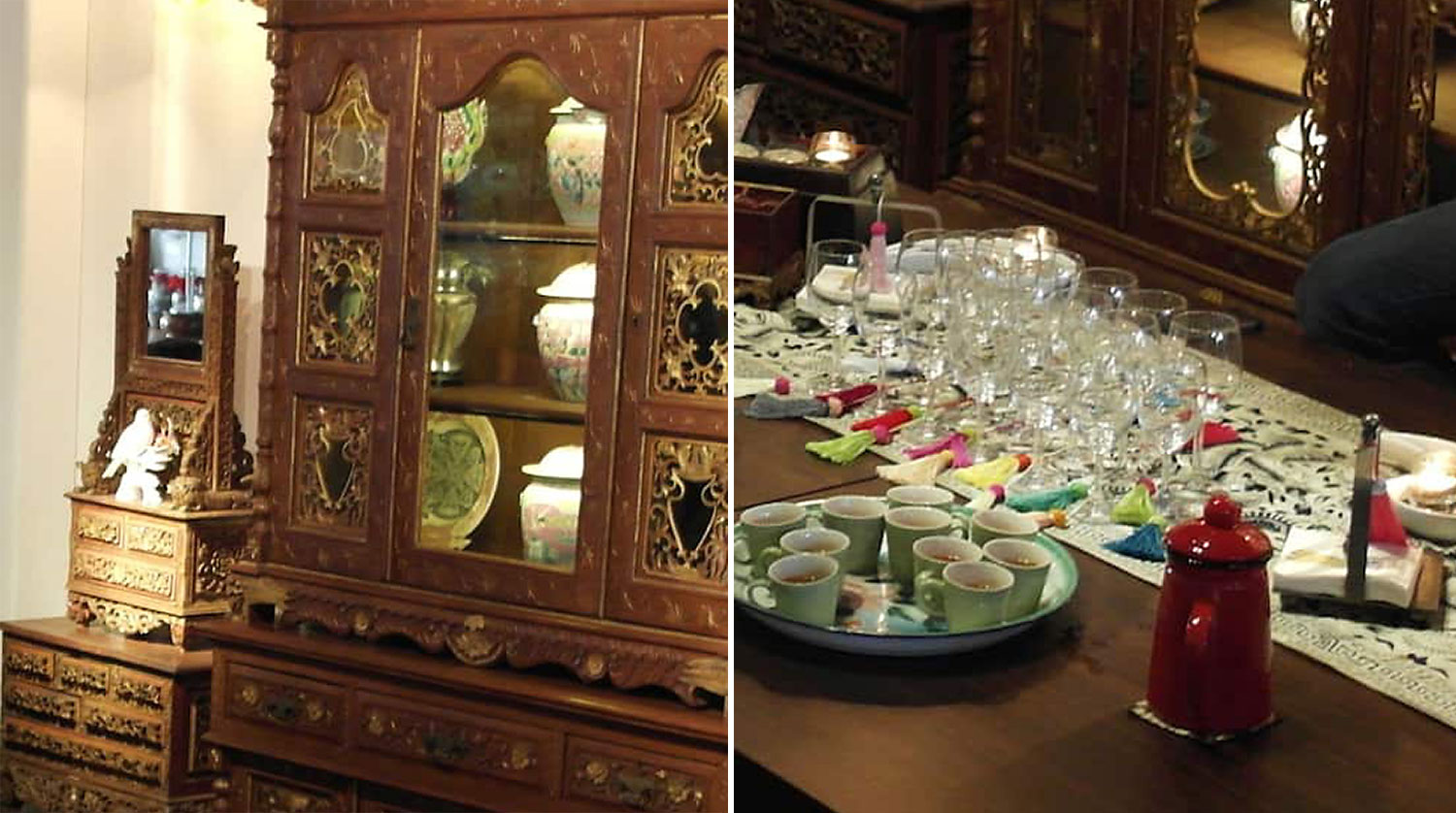 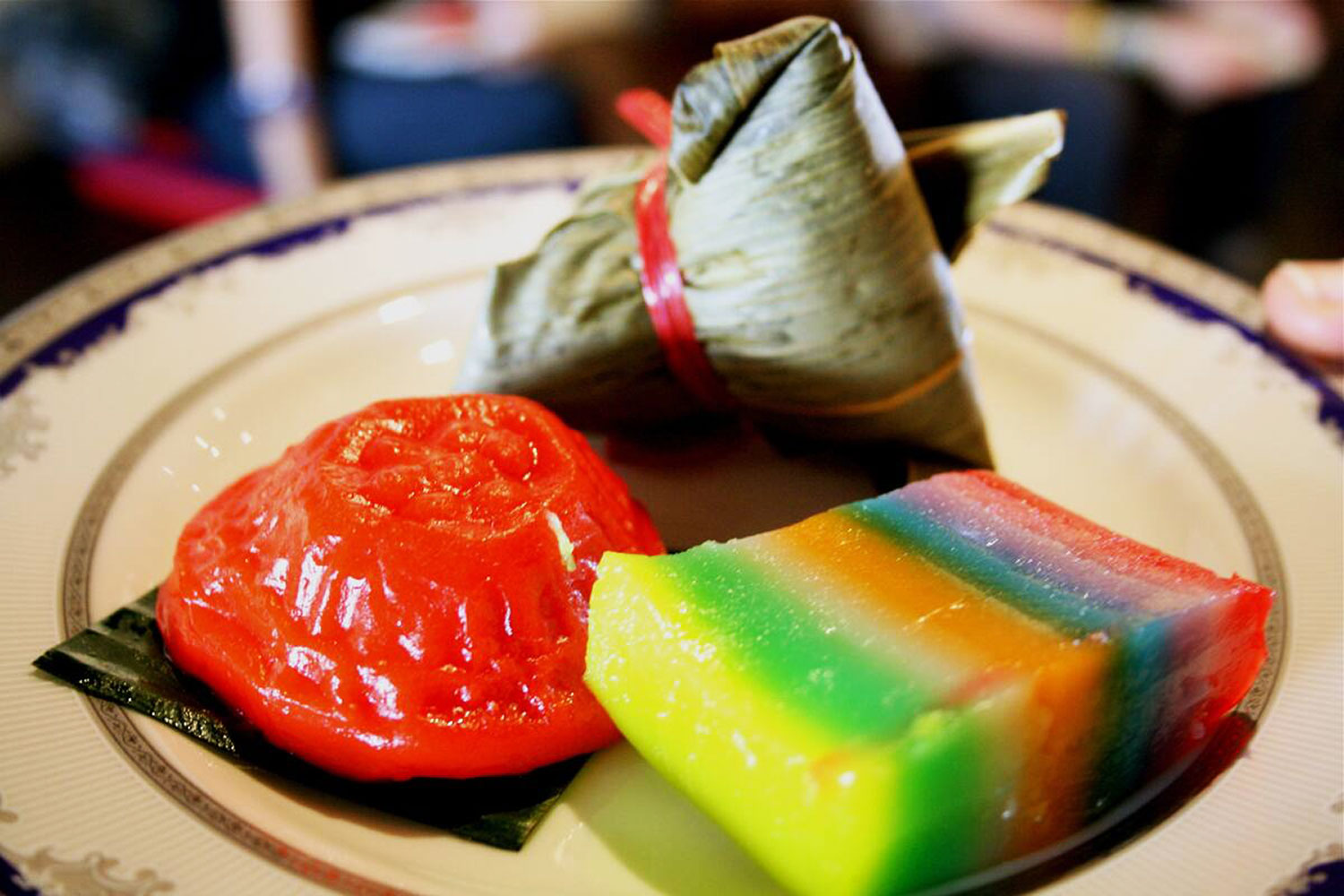 Singapore Virtual Trips in collaboration with Singapore Tourism Board and Airbnb take tourists to explore Gardens by the Bay and Peranakan Museum. (Photo © AIRBNB)

They also depict rich funerary items like fine furniture, boxes with food, clothing, and jewelry believed to have been placed in the Queen’s tomb. Next to it is a false door carved into the stone wall so that Meresankh’s soul can return to the world and enjoy the offerings made to her.

By scrolling down, visitors can also reach his underground burial chamber to view the large granite sarcophagus of Meresankh. After several centuries of worship and use, the tomb of Queen Meresankh was lost in the sands of time before being discovered 4,000 years later by archaeologist George Andrew Reisner of Harvard University and the Museum of fine arts.

Using augmented reality and virtual reality technologies, this app has been designed to be a hands-on audio guide and combine 3D modeling techniques to detail architecture and enhance visual experiences. Highlights include Wat Si Chum, which is located in Sukhothai Historical Park. It houses a gigantic seated Buddha statue called Phra Achana and wall paintings on its ceiling tell the story of the Jataka tale.

Located within the city walls of Sri Satchanalai, Wat Chedi Ched Thaeo was an important monastery whose design was based on Buddhist cosmology. It is famous for its beautiful Sukhothai style architecture and influenced by Khmer and pagan culture. Prince Damrong Rajanubhab speculated that this temple could be the royal cemetery of the Sukhothai dynasty.