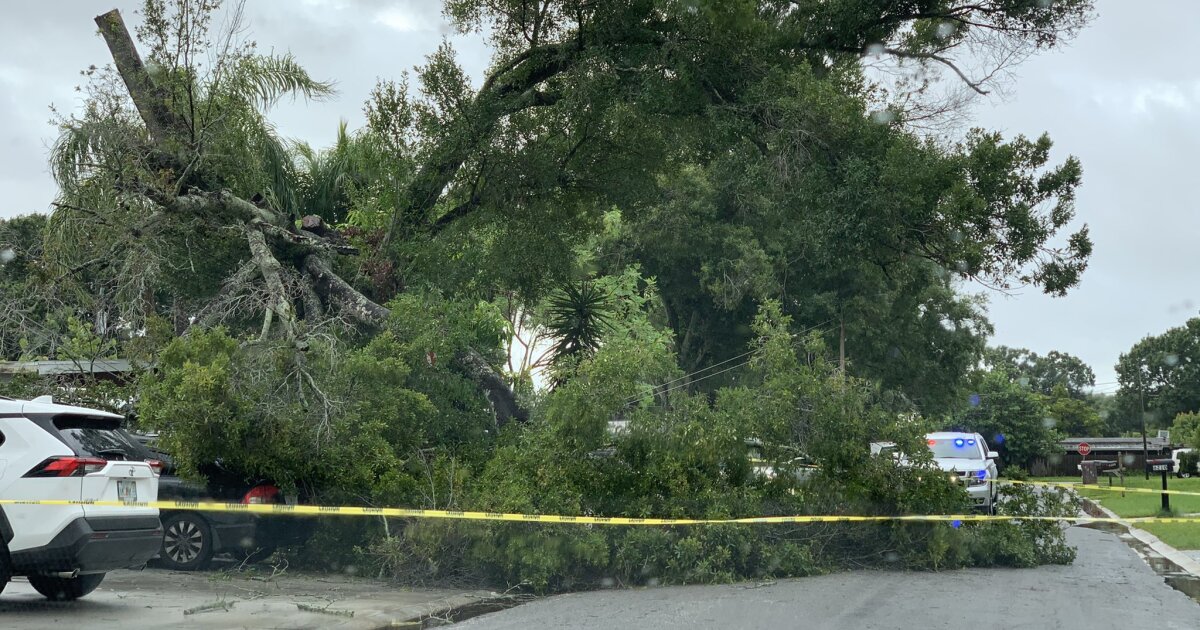 As Tropical Storm Elsa continues to move away from the Tampa Bay area, only minimal damage has been reported to authorities.

People have reported fallen trees in the middle of roads or on their cars and power outages across the region.

According to the Hillsborough County Sheriff’s Office, there have been a few reports of road debris in Brandon, Town ‘n’ Country, Riverview and Carrollwood.

In Brandon and Town ‘n’ Country, a fallen tree was found on top of a car. In Riverview and Carrollwood trees and branches have been reported in the middle of some roads.

⚠️ REMINDER ️ If you can stay indoors this morning, do it! Wet soils and wind causing some downed trees.
A driver who ventured out at 4:30 am on Bell Shoals and Brooker Road in Brandon found himself with a tree on the roof of his car! Fortunately, the driver was not injured. # teamHCSO #elsa pic.twitter.com/S3KgaYdMAx

WATCH FOR WORKERS 🚧
Hillsborough County Maintenance is on-site at 12112 Fawn Dale Dr (Tropical Acres) in Riverview cleaning up a fallen tree.
We see more damage as the sun rises. If you have to go out, be careful on the roads! #trafficalert #elsa # teamHCSO pic.twitter.com/Y5whnjY4kP

Power outages were also recorded across the region.

“There were approximately 26,000 people across Florida who suffered power outages,” Ron DeSantis, Governor of Florida, said during his press for updates on Tropical Storm Elsa. “Most of them are in Hillsborough, Pinellas and Polk counties.”

At 2 p.m. on Wednesday, just over 2,701 Duke Energy customers were reported without power. TECO has about 2,246 without electricity.

According to the Tampa Police Department, North Bayshore has reopened between South Rome Avenue and West Swann Avenue after being closed earlier due to high tide and high winds.

Officials in the Tampa Bay area are still watching Elsa as she walks away. Storm surges are expected in coastal areas.

People suffering from certain hurricane damage or who see debris on the roads are encouraged to contact local authorities for assistance.

In Tampa, residents can click here to see which number to call for service.