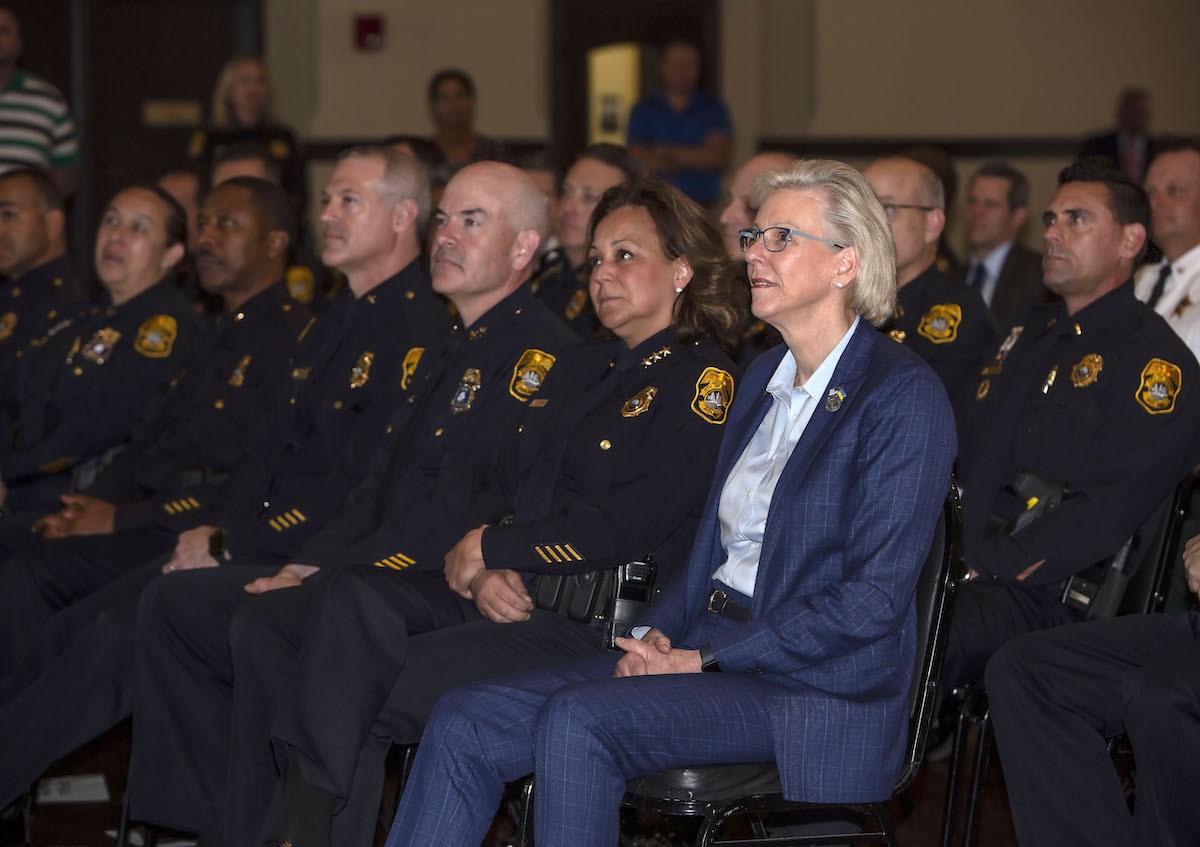 Tampa’s police chief is holding meetings with city council members to oppose voters deciding whether the Police Citizens Review Board (CRB) should have more tools to review police police misconduct.

Most of the meetings took place last Friday and at least one more is taking place today, the day before the charter review workshop scheduled for tomorrow morning at City Hall.

At that meeting, the council is due to vote on whether to create an ordinance that would allow voters to have their say on two significant potential changes to the CRB in the March election.

For years, the CRB has been criticized by citizens and local civil rights groups as ineffective because it lacks the tools to do its own investigation. During this time, the TPD was embroiled in controversy during the last years. In July, the CRB voted to recommend that the council let voters decide whether the council should have more power by creating an ordinance that would put the issue on a ballot.

That same month, the city council also voted for the city to go ahead and let voters decide, but now they’re getting a pushback from the TPD and Mayor Jane Castor’s administration.

Councilor Lynn Hurtak said she thinks citizens’ right to vote on issues that are important to them is crucial.

“No one should deprive voters of the right to determine how their government works, whether it’s their elected prosecutor, whether a transportation surcharge is applied, or how government agencies like the police are held accountable,” Hurtak said in a written statement. at Creative Loafing Tampa Bay.

Councilman Orlando Gudes said he was approached by O’Connor, as was Hurtak. He said he’s ready to hear what both sides have to say tomorrow, but ultimately puts his trust in the citizens of Tampa. “People know what’s best for them and what they want from their city,” Gudes told CL.

Councilman Bill Carlson said to address the CRB and other issues in the city, the excesses of the city attorney’s office must be confronted at tomorrow’s meeting.

“The underlying problem is that the city attorney’s office has in the past acted as the judicial branch of the city rather than a city department, as defined by the charter,” Carlson said. “The most important thing we need to do is fine-tune the description of the City Attorney’s Charter to ensure objectivity for all of the City Attorneys’ clients, including City Council and the public.”

Carlson went on to say that city prosecutors told council a few years ago that they could not delegate subpoena power to the CRB because the council did not have subpoena power.

“But that’s not true,” Carlson said. “The charter makes it clear that the city council has subpoena power. So if we don’t amend the charter to ensure the objectivity of the city attorney’s office, it doesn’t matter what else we adopt.”

Councilman Luis Viera said he would decide the issue of subpoena power tomorrow, but added that he had been advocating for years for the CRB to have independent counsel.

Several board members told CL in the background that O’Connor had tried to claim that the people demanding more transparency from the TPD were fringe groups. Last Sunday, in response to a press conference from the Tampa Bay Community Action Committee, NAACP and ACLU, Tampa Communications Director Adam Smith told the WFLA that it is a “small but vocal group of police defunding activists”.

But local activist and attorney James Michael Shaw Jr. said the facts show what Smith is saying is simply not true.

“The NAACP and the ACLU are not fringe groups, as far as I know,” Shaw told CL. “And in a poll conducted by the ACLU, 82% of respondents said they would like to vote on potential changes. This is not a fringe group.”

Yvette Lewis of the Hillsborough NAACP questioned why the TPD and Mayor Castor’s administration would want to prevent people from exercising their democratic rights.

“Let the process unfold,” Lewis said. “Let the voice of the people be heard.”

CL reached out to TPD and the city to ask if they think taxpayers, who fund the police, should be able to vote on this issue. And if the city believes in citizens’ right to vote, why is it campaigning to interfere with voters’ decisions?

“Ongoing meetings with every member of the Tampa City Council to discuss important issues and share feedback on behalf of the police department is a weekly occurrence for TPD executive staff members and is not out of the norm,” a said an anonymous person from the TPD’s Public Information Office (PIO). wrote in an email. “Your accusation of attempts to ‘interfere in voter decision-making’ is false and an attack on the character of those who work hand-in-hand every day with members of our council, the Citizens’ Review Board and many entities in our city to protect and serve residents.

When the TPD PIO was reminded that several board members had confirmed that the purpose of the meeting with O’Connor was specifically to convince the board not to allow public voting on the issues, and asked if the TPD wanted to revise its response based on the board’s confirmed input, TPD said the statement would remain the same.

Shaw Jr. pointed to a glaring problem with the police chief campaigning to prevent people from being able to vote on the issues.

“The TPD and the police chief are using taxpayer funds who pay their salaries to go around trying to make sure taxpayers don’t get a chance to vote,” Shaw Jr. said.

In response to a CL article about the upcoming vote last week, communications director Smith argued that the subpoena power could be harmful.

“This proposed subpoena power would not give the CRB the power to subpoena police officers, and why would you give an unelected volunteer board of directors the power to compel any Tampa resident to appear, testify and produce personal text messages, emails and videos under threat of civil or criminal penalties?” Smith wrote in an email.

Smith called it an extreme step that would “threaten the civil liberties of our neighbors, family and friends” and amount to a vote of no confidence in an exceptional police department that has “extremely positive community relations.”

But Shaw Jr. told CL that attorneys issue subpoenas to witnesses in civil and criminal cases every day. Tampa’s Human Rights Council, Public Service Council, and Code Enforcement Council are all unelected volunteers whom the city authorizes to issue subpoenas.

“It’s only when we talk about holding the police accountable that the city claims they’re threatening and extreme,” Shaw Jr.

He pointed out that CRBs in Miami, Miami-Dade County, Key West, Orange County and Broward County can all obtain testimony and evidence with subpoenas. Municipalities have done this in order to increase trust between law enforcement and the public.

“Courts, councils and legislative bodies sometimes need to hear evidence or witness testimony to make the right decisions, and most witnesses are not Steve Bannon; they are subpoenaed and they show up and tell the truth,” Shaw Jr. said. “It is alarming that anyone finds this threatening.”

Castor Administration has for many years resisted giving the council more tools to examine police misconduct.

Last year, Castor, a former TPD police chief, stood firm against subpoena power for the 11-person Review Panel which is made up of five Castor appointees, five City Council appointees, and one Hillsborough NAACP appointee.

“The TPD’s decision to bully the city council and block the voices of Tampa voters is bizarre and anti-democratic,” David Jones of the Tampa Bay Community Action Committee wrote in an email.

Jones said the TPD is afraid that allowing the people to vote on a power of attorney that allows for greater transparency will shed light on “the countless cover-ups, controversies and constant harassment the department does to ordinary citizens.”