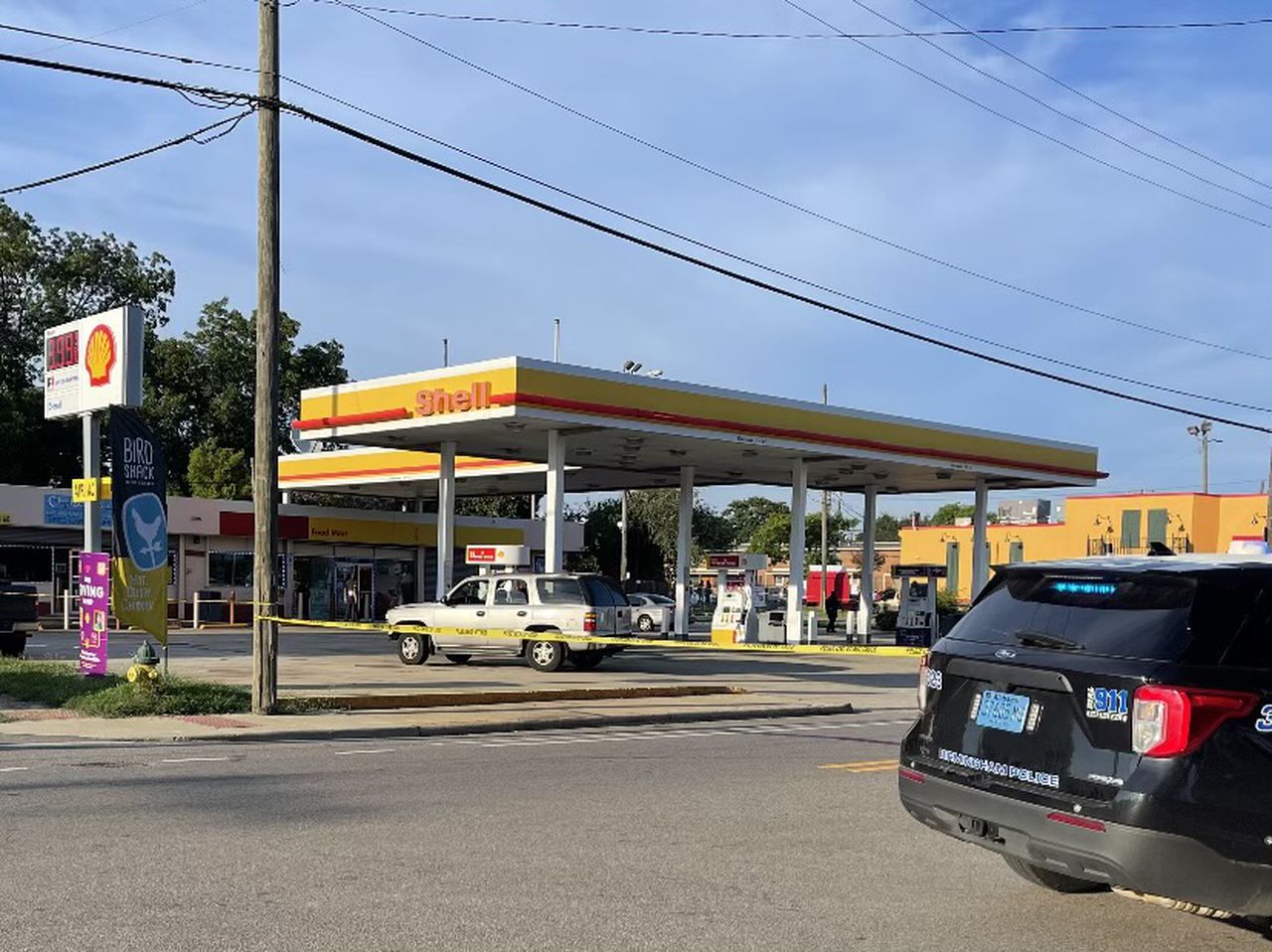 A teenager died after being ambushed at the door of a Birmingham petrol station on Friday night.

A barrage of gunfire erupted just before 6 p.m. Friday at the Shell station in the 4000 block of the Messer Airport Freeway.

Officer Truman Fitzgerald said the victim was injured when a group of people opened fire on him.

“We have several spent casings and Shot Spotter has recorded many shots,” Fitzgerald said. “I would most definitely say it was an ambush.”

Police and firefighters arrived at the store to find the unresponsive teenager in the doorway. He was taken to UAB Hospital where he was pronounced dead Saturday morning from multiple gunshot wounds.

Authorities have yet to release the name of the victim. He just turned 18 in July.

Fitzgerald said on Friday that bullets entered the store, but luckily no one inside was injured.

“The store clerk is shaken,” he said. “We are grateful that he was not hit by the gunfire.”

Seven people have died from gun violence in the past six days in the city, including four killed in less than four hours on Thursday evening and Friday morning.

On Friday, Birmingham Mayor Randall Woodfin called the killings “senseless violence” and said the Birmingham Police Department would do everything possible to protect the public and investigate the crimes.

“But each of us must ask ourselves the question: what am I ready to do to change the situation,” the mayor said. “As a community, as families, as individuals, we must act responsibly and demand accountability from those we influence and interact with in our daily lives.”

On Friday evening, the mayor also reminded residents that the city had implemented a 2008 curfew law for under-17s.

“We must understand that the safety of our community is not only in the hands of the police and the laws in force. We all have to play a part and take responsibility,” Woodfin said. “As a community, we must learn to control ourselves and keep the peace in our own homes and neighborhoods.”

Fitzgerald said the message to the community in last week’s wave of violence remains the same.

“Birmingham is a wonderful, beautiful place and we’ve been overshadowed by a very small number,” Fitzgerald said. “We must rise above them. When you see things happening, you have to move forward. »

“Those days of not coming forward and standing up for our community, those days are over,” he said. “We have to have the same tenacity as other communities when crimes are committed in these communities – when someone commits a crime in Birmingham we have to show them that it will not be tolerated and that it is unacceptable.”

The team is Birmingham’s 91st homicide victim this year. Of these, six were found to be justifiable and therefore not considered criminal.

In all of Jefferson County, there were 124, including the 91 in Birmingham.