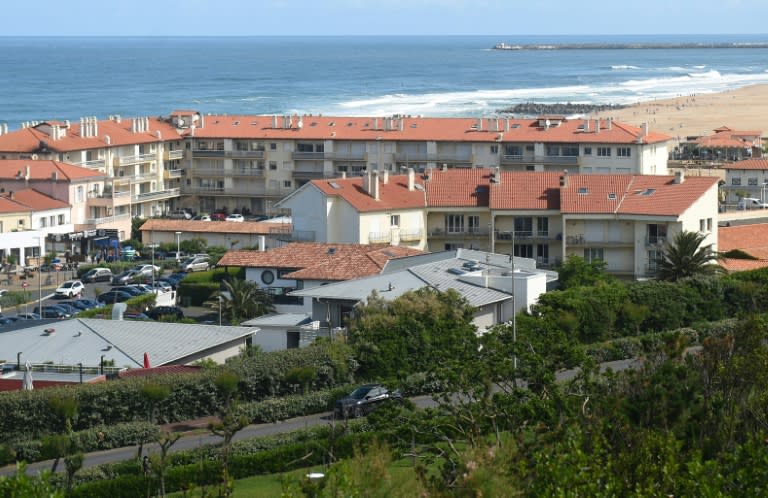 The Basques are outraged by the rush for coastal pensions

A rush of Parisians for houses in the picturesque Basque region of southwestern France is stoking a nationalist backlash in a region with a troubled past.

In recent months, several properties with signs for sale and estate agents in the border region of Spain have been marred by graffiti stating “Euskal Herria ez da salgai”, (the Basque Country is not for sale).

Some of the slogans were aimed at owners of vacation homes in the capital, who scrambled to the coast during successive Covid-19 lockdowns.

“Parisians, go home, you are the virus of the Basque country”, read giant posters in March pasted on the walls of houses in the village of Urrugne.

But anger is also directed at families who cash in their apartments in Paris and other French cities for a bigger home in an area that has some of the best surfing beaches in Europe, with the Pyrenees looming in the distance. .

After having played supporting roles for decades on the Côte d’Azur in the stakes of glamor, the Basque Country is having a blast.

“It is not necessarily the rich that we see arriving, they are not Russian oligarchs with 14 million euros in a suitcase”, told AFP David Buchoou of the real estate agency La Rochefoucauld in Anglet.

Rather, he described them as people with “big corporate jobs, for example” who spend a few days a week in town and the rest with their families in the Basque Country.

The floodgates opened with the launch of a new high-speed train line from Paris to Bordeaux intermediate station in 2017, which brought Biarritz nearly four hours from the capital.

A massive shift to working from home since the start of the coronavirus pandemic has made the move easier, sparking housing prices – and temperaments – in the Basque region.

In Guéthary, a fishing village of 1,300 inhabitants where every second house is a vacation home, several real estate agents and houses with signs for sale have been vandalized.

The mayor of the village, Marie-Pierre Burre-Cassou, attributes the tensions to soaring property prices, which average 7,400 euros ($ 8,816) per square meter, against 6,670 euros in the region Parisian.

An activist from the Baiona Angelu Miarritze group (Basque for the cities of Bayonne, Anglet and Biarritz), which campaigns for affordable housing, warned against the growing desperation of young people unable to put a foot on the property ladder.

“And when it starts to mobilize people that desperation can become dangerous,” warned the activist, who asked to remain anonymous.

The French Basque Country was largely spared the bloodshed observed in Spain during the separatist group ETA’s four decades of quest for an independent Basque state between 1968 and 2010, in which 853 people died.

But nationalists on the French side of the border have also used violence in the past to draw attention to their goals.

Estate agents and tourism industry operators accused of “folklorizing” the region were the target of several bombings in 2007 and 2008.

No one was injured in the explosions, several of which were claimed by the French Basque separatist group Irrintzi, under the slogan “the Basque country is not for sale”.

Jean-Daniel Elichiry, member of the Bake Bidea movement, which campaigns for a peaceful resolution of the Basque conflict, is one of several officials warning against a risk of a return to violence.

Pointing to social media posts expressing nostalgia for the “good old days of ETA,” he said: “There is something very disturbing about this.”

In Biarritz, where several cars registered in other French regions were vandalized in May, Mayor Maider Arostéguy also fears that the growing gulf between the new inhabitants and the local “destitute” could endanger the fragile Basque peace process.

“The risk is that a large part of Basque youth will become radicalized,” she said.

Between 2007 and 2017, the number of second homes in the French Basque Country increased by 19%, according to the regional authority.

Resentment towards new arrivals from Paris and other French cities has been accompanied by frustration over the shortage of rental accommodation, with Airbnb accused of reducing the supply of long-term rentals in favor of vacation rentals.

To draw attention to what he calls the “speculative” nature of the rental market, a former Biarritz municipal councilor, Eric Bonnamy, filmed himself using a crusher to dislodge the boxes used to store the keys for Airbnb customers on the street.

For the mayor of Biarritz Arostéguy, such actions are “quasi terrorist”.

In an interview with French television, she suggested introducing tax breaks for landlords who offer year-round rentals.

Baiona activist Angelu Miarritze urged politicians to act quickly against what he described as the threat to the peace of unbridled capitalism.

“We have come to a point where we have to say stop,” he said.