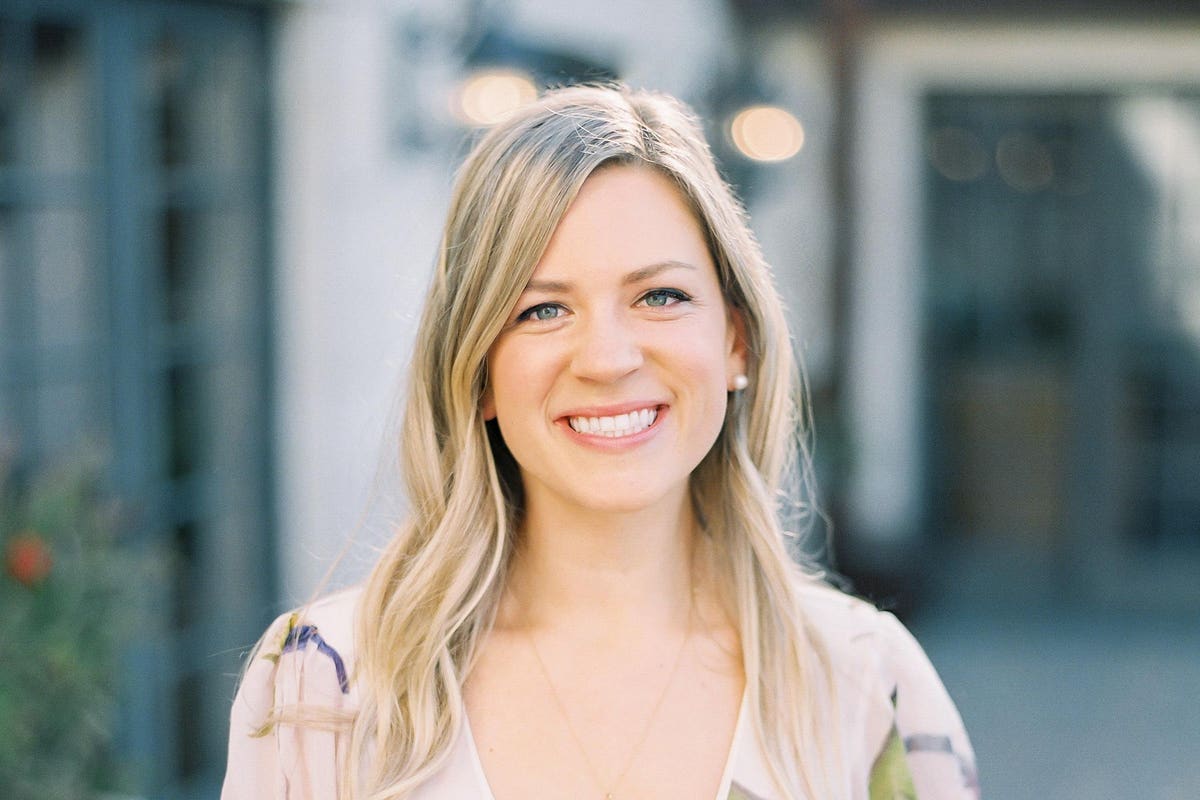 The board, the all-female operator consortium that has been joining the cap tables since early 2019, today announced its venture arm and first $5 million fund, The Council Fund. Members of the Council’s Community Angel invest outside of their day-to-day work in companies like Slack, Flexport, Brex, Airbnb, Uber, Square and Figma. Having now grown to over 80 members, The Council community has become a powerful engine of deal flow. The fund focuses on supporting businesses spun off from its community as well as other early-stage, high-growth startups that fit its thesis.

Being made up of 82 all-female tech and venture capital operators and having secured 44% of deals the fund has invested in, serving as a powerful differentiator for the fund, the angel community is uniquely all-female, although that the Council Fund invests in everyone. . It started as a group of women who were interested in angel investing but didn’t see themselves reflected in the angels they knew or saw on Twitter or IRL. As more and more women knew about the group, the community grew. Each angel has their own source of deal flow and their own perspective to add to the deal discussion.

Founded by Amber Illig, the fund aims to build on its track record of angel investing in self-help operators to transform legacy vertical SaaS, Fintech and healthcare industries.

“At every stage of my career, I have had the opportunity to work at the intersection of advanced technologies (Cruise, Snap, Apple, Eli Lilly, Atmos) and legacy industries (manufacturing, logistics, pharmaceuticals, construction) I have seen first-hand how much large enterprises across different industries still rely on legacy software to do important work and serve their customers. There is a huge opportunity in building software for those areas considered ” unsexy” or “too complex”. The complexity is real, and founders tackling these spaces need to be resilient and a perfect fit for the job. Because I’ve had early success investing in about 30 startups throughout from this thesis, I decided to create The Council Fund to enable others to invest in this thesis alongside me,” shares Illig, who has worked in businesses at all stages and has helped several of e between them. they are moving to the next phase: Snap from pre-IPO to IPO, Cruise from 400 to 2,500 employees, and Atmos as they prepare to move from Seed to Series A.

Illig admits that one of his main passions is investing in proven operators-turned-founders because they bring creative solutions and technology best practices to low-profile industries. “Since I invest in pre-seed and seed, the founder is the most important factor in my decision. I try to understand how the experiences they have had in the past will give them resilience and an unfair advantage. Building the database, designing/coding the product, hiring the team around you or closing the first 100 customers is more impressive to me than having held a leadership position in a stable company,” explains she.

Having been lucky enough to have had help from her parents and to have been able to continue her university studies, she was able to pay off her student loans within a few years. Immediately after, Illig started looking for other ways to invest his money. She wasn’t happy with the status quo – as she puts it “invest in the S&P 500 and let it be like everyone else”. But when she looked into alternative asset classes, she quickly found that she fell far short of the salary and net worth requirements to invest outside of the public stock market.

“So I stayed there because it was my only option. Since then, many alternative investment platforms have been created to help people study the stock market, learn from each other and invest legally in alternative assets. Years later, when I finally could afford to invest in angel investments and saw the regulations change, I looked back and hoped that the next generation would have the opportunity to diversify into higher yielding, higher risk categories sooner than I did.

Her journey into the angel investing space began in late 2018, after some modest financial gains when she made a conscious decision to carve out a chunk of her net worth that she would otherwise have spent on her higher education. and invest it in startups instead. She wanted to see if she liked angel investing and if she was good at it. “The problem was that I had a high quality deal flow from former colleagues who were starting businesses, but the total deal volume was low. Additionally, I was trying to understand the angel investment process and the jargon associated as a foreigner. I started asking around if anyone knew any angel investors I could learn from,” she begins.

Turns out she wasn’t alone. In 2019, the Council Angel Fellowship was launched as a consortium with approximately 10 founding members, including herself. They had all encountered similar obstacles and wanted to share offers and learn from each other. “There were a few professional investors in the group, and they really helped get us up to speed. Each of us naturally started sharing our own deal flow, and before we knew it, the word was spreading. is widespread.

Illig stepped in to intentionally lead and grow the community. Almost four years later, they are now over 80 members. “I still hear similar stories from new members when they join. There is a sense of relief when they realize there are no stupid questions and we all have something to add to the mix. deal flow and due diligence, given our networks and experience.

Rethinking the approach to the healthcare experience

One of the main areas of investment for Illig and his team will be healthcare. As a patient, she had a range of experiences, such as spending years trying to get a symptom diagnosed. “Last year I basically moved into my OBGYN’s office as I prepared to deliver my daughter (appointments start monthly and become weekly towards the end). In all of these experiences, I met some incredibly talented nurses and doctors. The only points of frustration I had were due to integration and logistical issues between doctors, specialists and hospitals. Healthcare professionals deserve systems that put them in place to be successful with patients. Patients deserve seamless experiences that meet their needs without wasting their time. I like finding companies that rethink the whole experience,” she adds.

The Council Fund will invest in a total of 30 companies, has already completed its first capital close and is already co-invested with a16z, M13, Susa Ventures, Y Combinator and Forerunner. The top 10 investments include Syndicate, Rezilient Health, Bounty, Floom/Floomx, Azalio, CloudEagle, Thingtesting, and several others in stealth mode.

To support portfolio founders post-investment, Illig has assembled a team of early builders in various functions who share equity in the fund and are on hand to help.

“From my experience as an operations manager, I’ve seen the importance of getting cross-functional input before product launches and major internal changes. I want our portfolio founders to have the same level of access, sooner than they normally would. I specifically appeal to advisors who have helped companies reach new levels and/or develop functions for the first time. They have been in the trenches and are ready to help.

Portfolio advisors include Anabel Lippincott Paksoy, who led People Ops at Opendoor as it grew from 30 to 600 employees; Rohini Pandhi, Product Manager at Block for the past 6.5 years (Square Invoices, Square Payments and now Bitcoin Wallet); Stephanie Engle, senior product designer at Cruise and previously at Facebook, Airbnb and Snap; and Sonia Baschez, Chief Marketing Officer and Senior Marketer at Atmos, from the pre-seed phase.

Because she’s a female GP, men and women ask Illig at least once a week if she invests in male CEOs, and they seem surprised when she says yes. Contrary to popular belief, they don’t have a diversity quota that they try to meet at the Council Fund. “If we set a precedent that every female-led fund must be an all-female effort, we will ostracize ourselves and work with less capital for much longer. That’s why I’ve always focused on finding the best founders, period. I have a fiduciary responsibility to return the fund to LPs, and I believe a winning strategy will be to invest in all types of founders, including women and men. »

Likewise, because of who they are and the diverse community they have created, diversity naturally manifests in the businesses that Illig and his team have funded. Fund I currently has 50% companies with female CEOs and 60% with non-white founders.

She admits that, overall, it’s become less fashionable to be a funder or a founder in today’s market, no matter who you are. The safest bet would be to stay in the operating world with a stable salary and a defined career ladder. But as someone with an extreme belief in the ability of traders to become founders and the opportunity for outsized returns residing in legacy industries, his appetite for risk is undoubtedly higher than others.

“I like to see that as an advantage, because fortunes are built in bear markets,” concludes Illig.

Apparently these are the coolest neighborhoods in the UK