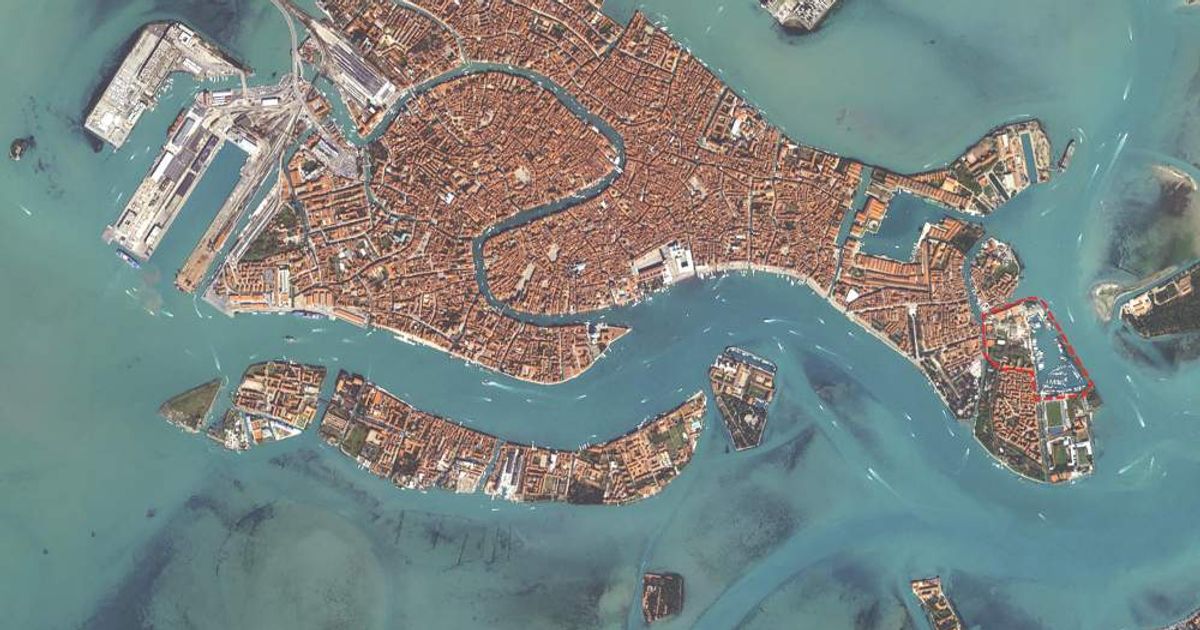 The damnation of Venice: the locals are systematically chased away by officials who sell off sites for tourism


The former vaporetti shipyard (boxed in red) had promised to be converted into social housing, but it will now be a luxury development

Evidence is mounting on the destructiveness of governance in Venice. On June 5, Luigi Brugnaro, the mayor of Venice, hailed the return of the first cruise ship in defiance of an April decree from the Italian central government banning them. It is now about real estate promotion and the claim of the town hall to care about social housing rather than attracting tourists.

Successive mayors have lamented that their city is dying as a living community, with its population dropping from 175,000 in 1951 to 52,000 today, but two authoritative articles from a citizen action group prove that the city ​​council has exacerbated the very housing crisis which is a major reason why Venice is losing its Venetians.

Ocio, the Venetian word for “attention” but also an acronym for Osservatorio civico sulla casa e residence, is a group of anonymous investigators into property issues in the city. Its online report, “Living in the City: Residential Policy in Venice in the Age of Tourism”, reveals that the municipality has in fact contributed to the housing problem by leaving 11.3% of its social housing empty, claiming that ‘they need maintenance. .

Ocio shows lavish promises from the last three mayors to provide more housing have come close to nothing. In 2000-2005, Mayor Paolo Costa announced the creation of 1,400 new social housing units; in 2010-14, Mayor Giorgio Orsoni pledged 5,000 new units; in 2013, ATER, the municipal residential construction agency, pledged 7,500 new housing units; and in 2015, during his first mandate, Mayor Luigi Brugnaro spoke of attracting 30,000 inhabitants with his new social housing policy. Of the 13,900 units pledged, only just over 200 were built and many of them sold for tourist accommodation. For example, 137 low-cost apartments were to be built on the site of the former Junghans factory on the Giudecca Canal, but only 80 have been completed, of which 37 are already rented to tourists.


Successive mayors have lamented that their city is dying as a living community, but the city council has exacerbated the very housing crisis which is one of the main reasons Venice is losing its Venetians

A previous report from Ocio, “Sant’Elena: another ad on the ACTV site”, focuses on one of the last empty sites in the city, the 56,500 m² of land of the old maintenance quay vaporettos north of Venice, which was repeatedly promised by the city council from 2003 for new social housing. This is now entrusted to a real estate developer to build “high quality” private housing. Already in 2018, Brugnaro, the first mayor not to live in Venice itself, declared that the site should be used for luxury accommodation, and although the city council declares that this development should not be used for accommodation tourism, there is in fact no legal instrument to prevent this from happening.

The worst may yet be yet to come as a 2017 regional law authorizes the sale of social housing and ATER offers to cede 828 properties in the historic and mainland parts of Venice. The former will almost certainly join the stock of homes that companies buy for rent through Airbnb and similar websites, pushing up real estate prices, so Venetians will have an even harder time finding a place to stay. live, because although the pandemic has put tourism temporarily suspended, the upward trend is not expected to change much; Ocio reports that in 2019, the number of tourist beds in the city was equal to the number of inhabitants, 52,000, with an increase of 93.3% from the previous five years.

Venice is a World Heritage Site and Unesco has taken note of these trends. It states on its website that they “could in the future have a serious negative impact on the identity and integrity of the property. [i.e. Venice] and are therefore the main priorities of the management plan ”. The trouble is that this management plan, which any Unesco World Heritage site is obliged to have, is drawn up by the same town hall that openly exploits the city for short-term gain and that the Unesco has been toothless in the face of this, having twice bowed to pressure from the Italian government and failed to put the city on its list of endangered heritage sites.

The first Ocio report cited above won a special mention this year at the Istituto Veneto di Scienze, the annual Lettere e Arti prize for best journalism on Venice.