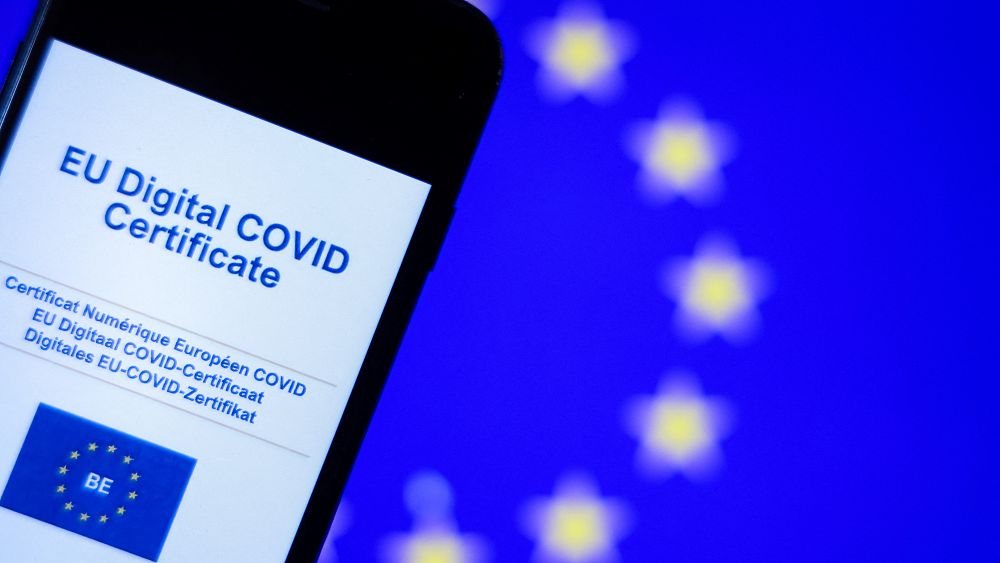 The EU’s COVID digital certificate is now live, but what is it and which countries accept it?

As of Wednesday evening, 21 EU countries, out of a total of 27, were connected to the system’s network and another 6 were technically ready. Some countries already started using the new health certificate in June.

According to the European Commission, all member states should now be able to issue and accept the pass, with the exception of Ireland which has been delayed by cyber attacks.

A phased implementation period is now in place, with a grace period running until August 12 for countries that are not ready by July 1. During this period, other states should accept national documents provided they contain data required at European level.

But the launch takes place under the cloud of Delta variant, which is already prompting EU countries to restrict travel from countries where it is prevalent, such as the UK, Portugal and India.

The airline industry has also warned that EU countries do not coordinate their approaches to vaccine certification, which could lead to long delays at airports during the busy summer season.

What is EUDCC and how does it work?

Formerly called Digital Green Certificate, the EUDCC aims to allow Europeans to travel easily between the 27 Member States. It will also be available in some non-EU countries.

It consists of information about an individual’s immunization status, test results, or recovery status from COVID-19.

Presented in the form of a QR code, the traveler can choose to bring a digital or paper certificate.

the EU Digital COVID Certificate (EUDCC), as it is officially called, is free and should be recognized by the 27 EU countries as well as Switzerland, Liechtenstein, Iceland and Norway.

The EU is in talks with several other countries, such as the UK and the US, over mutual recognition and how COVID-related documents work.

The pass applies in three situations: it certifies whether a person has been vaccinated against COVID-19, if they have had a recent negative test, or if they are considered immune having already contracted the disease. Proof of a positive PCR test will be required.

They may also, although not compulsory, also admit people inoculated with vaccines authorized in certain EU countries, such as Russian Sputnik V in Hungary, or with products approved by the World Health Organization. (WHO), such as the Chinese Sinopharm.

The certificate is supposed to remove the need for further testing or quarantine on arrival in another country. However, it is still possible for a Member State to introduce restrictions if the health situation in the country or region from which the traveler comes deteriorates.

In this case, the destination country must try to inform the Commission and other EU countries 48 hours before the restrictions come into force.

Concerns of the airline industry

The European air transport industry warned earlier this week that the EU’s plans for a digital COVID certificate were still “fragmented”.

Groups representing the continent’s largest airlines and airports have expressed new fears that there will be long lines for travelers unless countries better coordinate the rollout of the certificate.

The warning letter to EU leaders was signed by the ACI Europe airport group, as well as the representative bodies of the airlines A4E, IATA and ERA.

“Verification of certificates will jeopardize the smooth running of summer travel for EU passengers,” they said in a statement. joint statement. “As passenger traffic increases in the coming weeks, the risk of chaos at European airports is real.”

“Duplicate checks and the lack of verification tools provided to airlines will lead to unnecessary queues at airports and longer processing times if not resolved by Member States.”