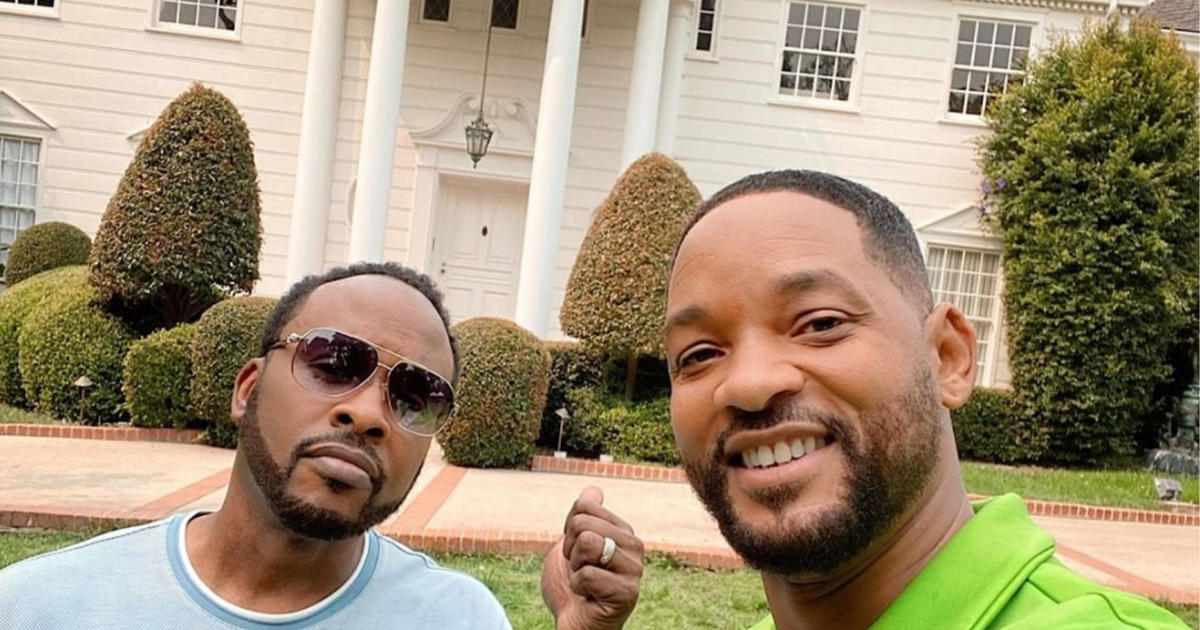 If you’re looking to spend your days chillin’ out maxin’ relaxin’ all cool in Bel-Air, Airbnb has just the thing for you. The “Fresh Prince of Bel-Air” mansion is available on the vacation rental site for a limited time.

The “Fresh Prince” himself, Will Smith, announced the new Airbnb listing on Instagram, marking 30 years since the popular sitcom first aired. Smith and his on-screen sidekick, DJ Jazzy Jeff, posed for a photo outside the iconic LA mansion, which was used for exterior shots of the house on the show.

The home’s interior features “bold graffiti” and “chic interiors,” according to Airbnb.

The rental will be available for booking September 29, and five one-night stays are available in October for just $30 each. However, only parties of two are permitted and they must be LA County residents.

The price may seem cheap, but it has significance — $30 signifies 30 years “since the world-famous mansion became a pop culture architectural icon,” says Airbnb.

“Stays will be for one night each in Will’s wing of the decorated mansion with access to Will’s posh bedroom and bathroom, a poolside seating area, and an elegant dining room,” explains Airbnb.

Benefits of staying include throwback music on classic decks – just like DJ Jazzy Jeff’s – a fully stocked closet and a virtual welcome from DJ Jazzy Jeff himself.

To pay homage to Smith’s hometown of Philadelphia, Philly cheesesteaks “served on silver platters will transport guests in luxury — aunt and uncle not included,” Airbnb added.

COVID-19 rules will be in place and Airbnb says the house will be cleaned according to CDC rules and in accordance with company rules. improved cleaning protocol.

Since supply is so limited, fans who can’t stay at the Bel-Air mansion can still join an Airbnb online experience, where DJ Jazzy Jeff will teach them “how to spin and strum like a hip-hop legend. “. says Airbnb.

Airbnb stays are not a contest and will become available at 11:00 a.m. PT on September 29. Airbnb says it’s also donating to Boys & Girls Clubs of Philadelphia, “to celebrate the sense of family and community that Will Smith and his friends have brought to all of us.”

The 30th anniversary of “The Fresh Prince of Bel-Air” will be also be celebrated with a special on HBO Max, featuring Will Smith and other cast members from the show. The unscripted special is taped on September 10, when the show first premiered in 1990, and will air around Thanksgiving, according to a press release.

This is not the first nostalgic stay announced by Airbnb this year. Millennials were also thrilled when the store manager of the last blockbuster in the world announced stays at the Bend, Oregon, property via Airbnb.

Caitlin O’Kane is a digital content producer who covers trending stories for CBS News and its good news brand, The Uplift.

In 2020, the Warsaw startup ecosystem is “a place to watch carefully” – TechCrunch