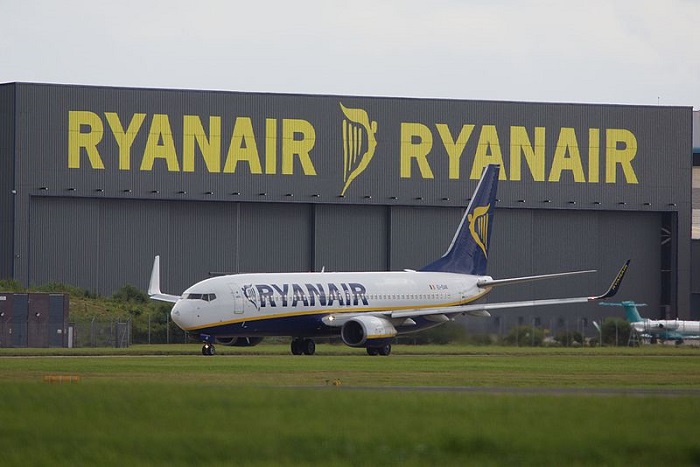 On Sunday, the Belarusian government’s sudden diversion of a flight from Athens to Vilnius, described by Greece as a “state hijacking”, sparked global outrage.

The passenger plane was unexpectedly directed to Minsk, the capital of Belarus, accompanied by the MiG-29 fighter jet of Soviet times. When he landed, the authorities detained the dissident journalist Romanas Protasevičius.

“Greece strongly condemns the kidnapping of Ryanair FR 4978 on the Athens-Vilnius route in Minsk, Belarus.

“There were a total of 171 passengers on the plane, 11 of whom are Greek citizens. “This action, which has endangered the lives of all passengers, is unacceptable,” the Greek Foreign Ministry said in a statement.

“We believe that a similar practice, which refers to other times and is not appropriate for any civilized state, should not go unanswered.

“Greece is working closely with other EU member states and hopes that this issue will be thoroughly addressed at the forthcoming European Council,” Athens said.

Earlier, Greek Prime Minister Kyriakos Mitsotakis reacted with outrage to the suspension of the flight from Athens to Vilnius.

Forcing a commercial plane to land a journalist is an unprecedented, shocking act. We demand the immediate release of all passengers. Tomorrow #EUCO must address the need to increase pressure on Belarus. Pretty much.

Diversion of the Athens-Vilnius flight – “act of piracy”

As European officials threatened new sanctions on Belarus, US Secretary of State Antony Blinken called the forced landing and arrest a “shocking move”, demanding the immediate release of Protasevičius and saying President Joe Biden’s administration was “coordinating with our partners.”

Bob Menendez, chairman of the U.S. Senate Foreign Relations Committee, issued a statement with the heads of the European Parliament’s seven foreign affairs committees, condemning the forced landing as an “act of piracy.” They called for a ban on all flights through Belarus, including to and from the country, and for NATO and EU countries to impose sanctions and suspend Belarus’ “ability to use Interpol”.

EU member state Lithuania, where Protasevičius is based, called on the European Union and NATO to respond to the outrage.

“Protasevičius must be released immediately and those responsible for the hijacking of Ryanair must be punished,” EU leaders will meet in Brussels on Monday to discuss what action to take. .

NATO Secretary General Jens Stoltenberg said on the social network Twitter that the incident was serious and dangerous and that an international investigation was needed.

Simon Coveney, the Irish foreign minister in Ireland, told Belarus: “Belarus will see the EU’s inaction or indecisiveness as a weakness.”

Belarusian security services for the abduction?

According to initial reports from Greece, the forced diversion of the Athens flight to Vilnius was organized by the Belarusian security services, which “shadowed” the dissident in Athens.

Initial reports that the Belarusian security services and Belarusian military aircraft are being used to escort the plane are of great concern and call for an in-depth investigation.
We closely coordinate our response with our partners, including officials. https://t.co/wQxV5CVnHT

“Pro Kapital” buys a historical building in the center of Vilnius