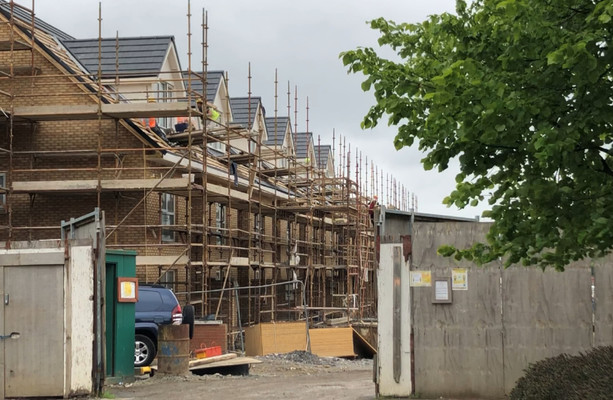 WE ALL KNOW this government is a big fan of supporting developers – but I have to admit I was surprised by the extent of the generosity they’re showing to their favorite demographic in their latest political wheeze.

Private promoters, those captains of industry who are supposed to be inveterate risk takers, are given a State document. A big. Without any conditions. In fact, all the government wants them to do is take the money – up to €144,000 per apartment they build – and run straight to the bank.

In return, the state will get precisely nothing. There will be no reduction in the cost of the apartments and no commitment that they will be affordable for ordinary workers. In fact, those hoping to buy a two-bed apartment will need incomes above €100,000.

Indeed, the government has proudly announced the creation of an Unaffordable Housing Scheme – and rewards developers for building flats they apparently cannot afford to build but which the state just subsidizes heavily.

Meanwhile, desperate property buyers will be rewarded with having to shell out for an overpriced apartment knowing that their own government has worked diligently to keep prices and their mortgages artificially high.

The diet is so bad and weird that I decided to ask the Taoiseach a few questions about it in the Dáil. I wanted to know if there had been an independent analysis of the policy; if there was any other country anywhere on the planet that had done something like this or if an independent expert had endorsed the plan. He didn’t give me any answers and instead spoke in general terms about the importance of sourcing.

The issue of supply

Supply is critically important. We all recognize that. But so is value for money, both for the taxpayer and for the house hunters. How can the government justify giving up to €144,000 per apartment to private developers – when it could instead buy up these sites at a fraction of that cost to ensure the delivery of homes sold at affordable prices.

Funding costs, for state-backed projects, are much lower than those available to private developers and this could be exploited to ensure that these planning permissions are built.

The state seems incapable of getting its money’s worth. When it is not a question of bailing out developers up to €144,000 per apartment; he rents them social housing for up to 30 years and locks in exorbitant rents for decades.

For anyone counting, this is the third time in seven years that we’ve been told the apartment building isn’t viable for developers. In 2015, former housing minister and Labor leader Alan Kelly announced he was lowering standards for flats. Mr Kelly said people had to ‘get real’ as he cut the minimum size for studios by a whopping 27pc.

Why did people need to “get real”? According to Mr Kelly, the size of flats had to be reduced to make it profitable for developers because there was “no point in having standards in place if nobody is going to build them”. However, Mr Kelly has promised that his changes will make the building affordable for buyers. We all know how it happened.

Prevalence of building for renting

Unsurprisingly, in Dublin City in particular, developers are now building build-to-let projects to the exclusion of almost everything else. Dublin City Council recently revealed that 82% of building permits granted or applied for in 2020 were for build to let. This represents 82% within two years of the reduction in standards.

Of course, that leaves a huge problem for people looking to buy a house or flat in Dublin – as much of what is currently in the pipeline will not be available to buy. The only option, for a growing number of people, is to rent these low-end apartments at premium rent in perpetuity.

Does anyone in government have any idea what they are trying to accomplish with their housing policy? Because, from the outside at least, it looks like the top priority is fueling house price inflation in a desperate attempt to lure more developers, looking for windfall returns, into the market. .

We have seen how this political objective turned out during the years of the Celtic Tiger. Spoiler alert: it wasn’t good. One would have hoped that Housing Minister Darragh O’Brien would have learned the lessons of the last time his party crashed in the housing market. Apparently not.