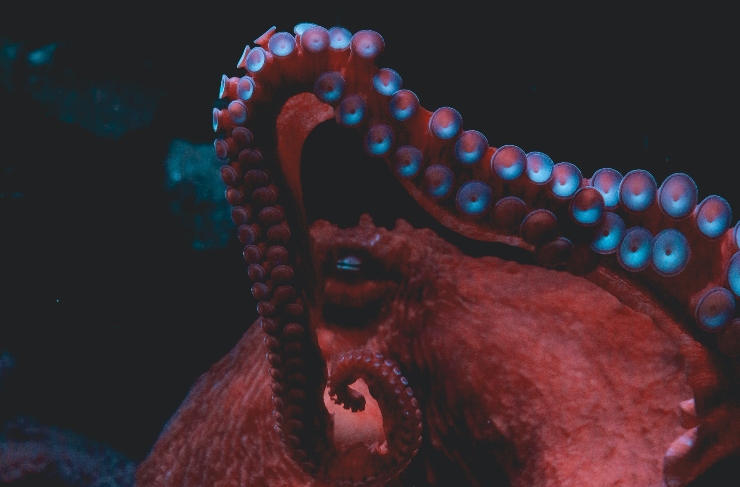 The Octopus Effect: When and Who Platform Companies Acquire

After their launch, Amazon, Apple, Airbnb and Google, giant platforms in the digital economy, all followed a similar pattern. They quickly bought platform companies competing in their same market niche before expanding tentacles through acquisitions in other industries. Margherita Pagani, Milan Miric, and Omar El Sawy call this phenomenon “octopus effect” and ask yourself what will be the next stage in the evolution of platforms.

The success of digital platforms like Uber or Airbnb, which serve as intermediaries between suppliers and consumers, is mainly due to their network effect: the platform which lists the largest panel of suppliers will attract the largest number of customers and vice versa. But how do these platforms make acquisitions? We conducted a study of 3,062 digital business acquisitions and compared their acquisition strategies to those of non-platform businesses.

“Airbnb’s business model worked quite well at the start… Competition back then was largely based on attracting more and more hosts and travelers in order to expand the market. That is why the big fish acquired the small fish. (Alvin Roth, 2015, p. 102).

Let’s take the case of Airbnb. The platform has made 12 acquisitions since its launch in 2011 and continues to grow at a rate most businesses can only dream of. Upon its inception, Airbnb began acquiring a number of similar online “personal rental” companies in order to absorb suppliers from the acquired companies.

They realized early on that the key to success would be getting hosts to list their properties. As is the case with most two-sided markets, without suppliers everything collapses. They focused on integrating new properties as part of their marketing strategy.

Since then, Airbnb has acquired new businesses, especially in transportation and entertainment, and crouched down to focus on its core strength.

Similar early acquisition patterns can be seen for many platform companies such as TripAdvisor, Expedia, Uber, eBay or Match.com, a leading online dating site that has acquired more than twenty-four other identical apps.

Balance between “intermediation” and “control”

One of the notable characteristics of competition in the digital economy is the ‘winner takes it all’, where platforms that are successful in their market tend to be the only leader after a while. This is the case with Airbnb, which is today the largest player in the short-term rental market, with more than 7 million listings in more than 220 countries,

Once a platform matures, it is possible that the number of other platform companies in the same market niche will decrease and the profits from those acquisitions will decrease, which may explain the big decision. actors to acquire companies from other sectors. This is the case of Amazon, going beyond its e-commerce roots and gradually acquiring companies from 76 different companies such as IMDb (film), Twitch and Goodreads, but also health companies (Health Navigator) and autonomous vehicles (Zoox) , robotics companies that help workers and artificial intelligence providers develop the capabilities of its virtual assistant service Alexa. At the same time, platform companies may be less interested in acquiring companies located in the same niche as these actions would limit their ability to grow over time, as well as their power to attract. suppliers and customers.

As the examples from Google suggest, when launching its applications on the Android market, or when Amazon competes with its own resellers, moving the platform to the heart of the market may deter some suppliers from joining. Likewise, Facebook’s acquisition of Instagram has reduced demand for Instagram-like products. This seems to highlight the challenges that platforms face in maintaining the balance between “intermediation” and “control”, rather than intervening as a pure intermediary, as they often need to keep control of other companies within. their ecosystem.

Long term: the platforms of the future

As our study confirms, the total number of platforms has exploded in recent years and dominant market shares are increasingly difficult to achieve due to multi-hosting (the ability of platform and add-on users to access more than one platform for the same purpose). We observe that once a platform company becomes dominant in its market niche, it begins growing tentacles through acquisitions in other markets, expanding the field throughout their development (this is the case of Amazon buying companies from 76 different sectors, Apple from 96 different sectors, Google from 187 new sectors Facebook from 77 new sectors, according to the Federal Trade Commission, as published in The Washington Post, April 21, 2021). This concentrates market power in a smaller number of large platform companies.

This paradoxical situation can be explained by the recursive evolutionary cycle of each industry moving from a more intermediate structure (with platforms) to a more vertically integrated structure (high concentration). Over the past decade, the number of markets that appear to have shifted towards a few dominant players has grown, with Amazon, Alibaba, Apple, Airbnb, Google, Facebook, Microsoft, Tencent and Uber, among others, realizing shares of market well above 50%.

Is this situation stable? We can expect different forces (such as regulation or technology) to trigger a pullback to a more intermediate market structure where different ecosystems can compete in different ways.