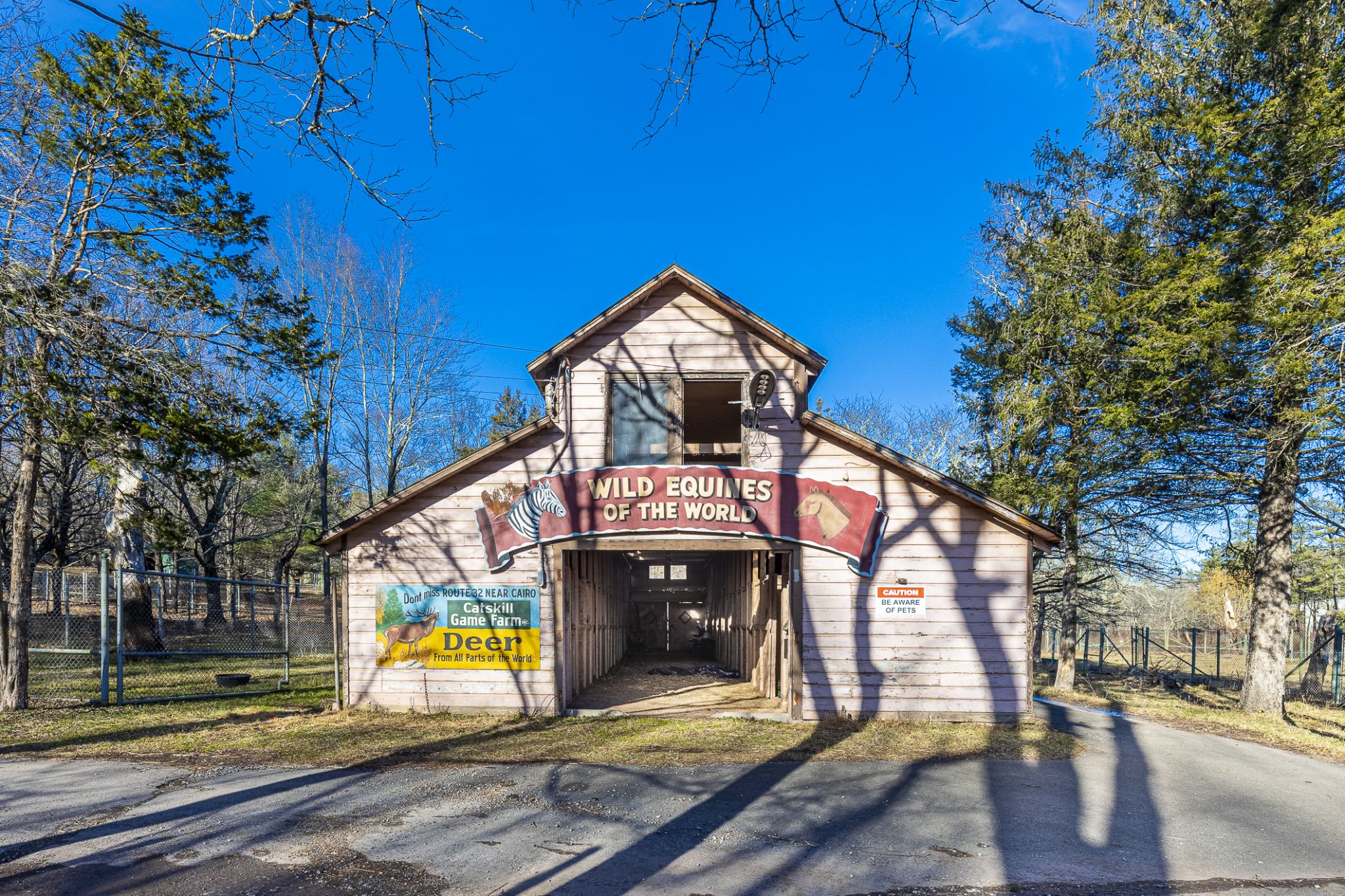 Once considered America’s first private zoo, attracting millions of people over its more than 60-year history, the Catskill Game Farm is now up for sale – again.

“If you talk to someone who grew up here or came here from the city as a kid, it seems to be extremely nostalgic for them,” said Jason Karadus of Corcoran Country Living from the list of properties at 400 Game Farm Road.

The next incarnation of the farm was an inn and campground, owned by Cathy and Ben Ballone, who renamed the 193-acre property The Old Game Farm before selling it in November 2020 to a Yonkers-based investment firm , Blauners Paesanos Parkway, LP, for $1,860,000. Currently the whole hostel is available for rent on Airbnb.

The property is on the market again, listing for $3.6 million in January. “It’s a big leap,” Karadus said of the new asking price. “Look, over the last two years, everything has kind of changed here.”

The Catskill Game Farm was once a popular destination and annual tradition for many families when New York banker Roland Lindemann first opened his zoo in the mid-1940s to paying patrons. The farm was the first private site to be recognized as a zoo by the United States Department of Agriculture and contained a menagerie of bison, camels, antelopes, cougars and thousands of other species.

In 2002, the farm was the home of the YouTube sensation”april the giraffewhose live birth of male calf Tajiri drew 1.2 million viewers. Like most viral successes, such attention has proven difficult to sustain. Due to declining attendance, financial difficulties and legal issues – other zoos have alleged that the farm shipped animals to game farms to hunt – the Catskill Game Farm closed in 2006.

The farmhouse lay abandoned until the Ballones purchased the property in 2012 and opened it as an overnight destination for tourists, hikers and photographers for self-guided tours to bask in the nostalgia. They renovated the Old Giraffe Barn into the Long Neck Inn, and guests were welcome to stay at the boutique inn or at one of four upscale private campsites. The Inn features a large living room-style common area, six bedrooms, a game room, an outdoor hot tub, and a chef’s kitchen.

Despite transferring ownership to the investment firm in 2020, the plan was similar: invite guests back to the farm to enjoy the property and the various activities and animals found there. Now the current owner is moving on. “He’s bought other properties and doesn’t have time to give her the love she needs,” Karadus said.

The current listing has primarily caught the attention of those who want to turn the property into a residential development, Karadus said. The land which currently houses four private glamping sites is zoned into 1.5 acre residential lots.

There is interest from a group that wants to make it a sustainable residential community, which would combine cooperative farming, land conservation and solar energy. The property could also remain a tourist destination.

“It is unusual, particularly on the west side of the Hudson River and the Catskills region, to find large tracts of land that are not protected as wetlands or part of the watershed, which are suitable for residential development, and that kind of is,” Karadus said.

Here is a glimpse of the interior of the property.

For more information on real estate in the Hudson Valley