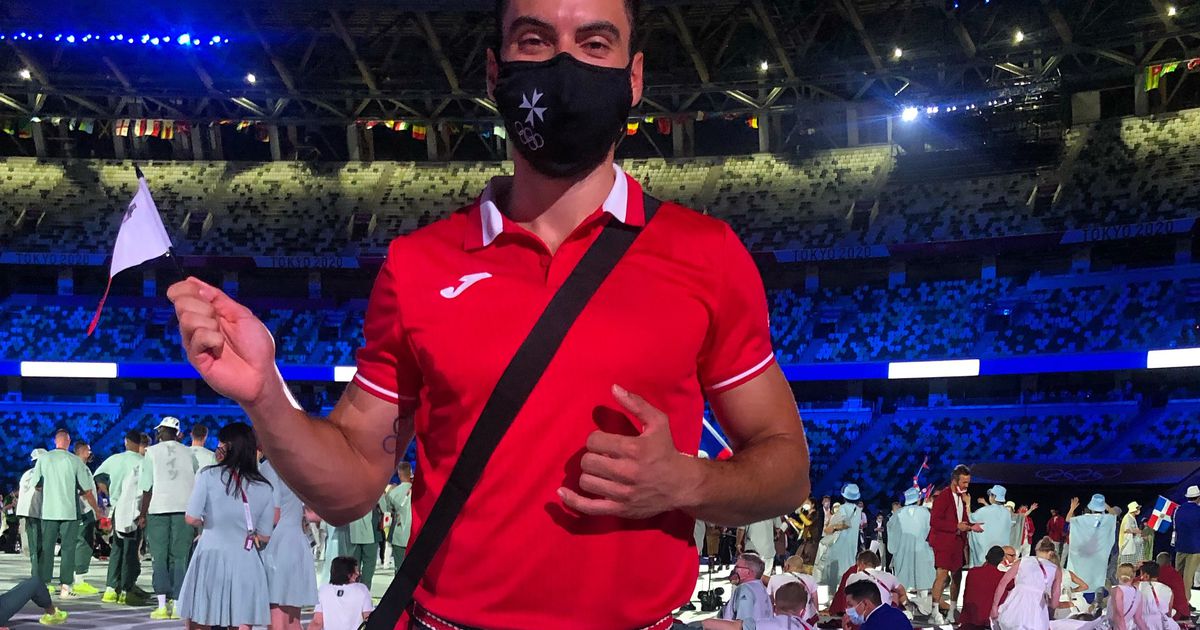 The Olympics through the eyes of Georgia Tech graduate Andrew Chetcuti

Chetcuti was one of seven former or current Tech athletes competing in Tokyo, all in swimming and men’s basketball. All of them finished the competition. None played a lead role, but undoubtedly took away memories (and memories), as did Chetcuti, who was competing in his third Olympics for Malta.

Despite the restrictions imposed by COVID-19, “it was still the Olympics, so it’s still the same vibe,” he said.

Chetcuti’s only event was the 100 freestyle. His hope was to lower his national record, 50.92 seconds, which he set in 2017. He was not ideally prepared for a number of reasons. Working full time, he was limited to six workouts in the pool and three workouts at the gym per week, where at Tech he was in the pool eight times and put in at least 50% more distance per workout.

“We had to make sure everything was as precise as possible,” Chetcuti said.

Now 28, Chetcuti decided to continue swimming after the 2016 Olympics, wanting to redeem himself for a disappointing performance in the 100 freestyle. In his race to Tokyo, Chetcuti started quickly, but could not hold out. He finished in 51.47, just over half a second off his national record. He finished 49th out of 71 participants.

Given the limitations of his training, Chetcuti accepted his performance.

“I was out fast enough to break it, but I just hadn’t had proper workout for two years, just aerobic form, it’s hard to bring it home,” he said. . “The fitness just wasn’t there. “

For Chetcuti, part of the vibe of the Tokyo Olympics was the same as the previous two, such as the interplay of cultures shared by elite athletes from around the world in the Olympic Village. He enjoyed seeing Brazilian skateboarders training in the village, for example.

But there were a lot of different things. The only times he was able to leave the village were for training and competition, and then when he was escorted to the United States Embassy to obtain his visa to re-enter the United States, meaning that he has no chance to explore the host city.

The dining room was social distanced and the athletes were encouraged to eat and leave quickly. The athletes also had to leave the village two days after their events ended, Chetcuti said. There were daily COVID saliva tests every morning.

The natatorium was empty, which relieved the nerves but also lowered adrenaline. But, with the Olympic rings plastered all over the place, “you still get that kind of ‘I got it’ feeling,” he said.

Chetcuti came home with a lot of booty. Athletes received the new Samsung 21 5G phone (with the Olympic rings inscribed on the back), headphones, Asics sneakers, a reusable Powerade water bottle (also decorated with the rings) and a $ 500 Airbnb voucher . He also brought home the commemorative blanket from his bedroom, giving him a set of three for each of his Olympics.

Chetcuti also brought home the experience of being the Maltese flag bearer for the Opening Ceremonies for the second time, after Rio de Janeiro in 2016.

“It was unexpected, but I was pretty excited to hear that I was wearing it again,” he said.

He shared the honor of the six-athlete delegation with shooter Eleanor Bezzina. Chetcuti confirmed what those who watched the ceremonies might have deduced from watching each flag being carried by a man and woman from each country.

“It was very embarrassing,” he said. “Before we went out, in the waiting area, she and I were figuring out how to do this.”

Chetcuti remembers holding the lower end of the post and Bezzina the upper end.

“Once we got past the cameras, we took turns holding it,” he said.

The most recognizable athlete with technological connections was Josh Okogie, the former All-ACC goaltender now with the Minnesota Timberwolves. Playing for Nigeria, Okogie helped the D’Tigers, as they’re known, stun the U.S. team at a pre-Olympic show. This fueled hopes that Nigeria could become the first African basketball team to win a medal at the Olympics.

However, Nigeria lost all three group matches, two in which they led in the fourth quarter, and failed to advance to the medal round. Okogie has averaged 4.3 points, 2.0 assists and 1.3 steals over the three games, including two he started.

Avi Schafer, an Okogie teammate in the 2017-18 squad, played for Japan, who also lost all three of their pool games. Schafer, who was a substitute for two seasons at Tech before leaving to play professionally in Japan, played a total of 29 minutes, scoring five points with five rebounds.

Tacyildiz was the only swimmer of the five to advance to a semi-final, making it in her only event, the 200-meter butterfly. In her semi-final, she placed seventh in 2: 11.27, just over two seconds behind for the final.

Pumputis, who will return to Tech for his second NCAA-cleared senior year due to COVID-19, was sixth in his 200 IM run, finishing with a personal best 1: 58.36. It was good for 19th place, 0.21 of a second from qualifying for the semi-finals.

Saka, like Chetcuti who also received the honor of carrying his country’s flag, was seventh in her 200 backstroke race, clocking 1: 58.66. He placed 23rd out of 29 competitors.

As for Chetcuti, who returns to work on Friday, he is not ready to give up swimming. He will take a few weeks off, then plans to prepare for a European Championship in Russia, and then wants to swim in an Olympic-style competition for the small nations of Europe, to be held in his native Malta in 2023.

“And then it would have been that, but the point is, the Olympics is the next summer,” Chetcuti said.

Slow cleanup 3 weeks after the tornado swept through Barrie, Ontario.