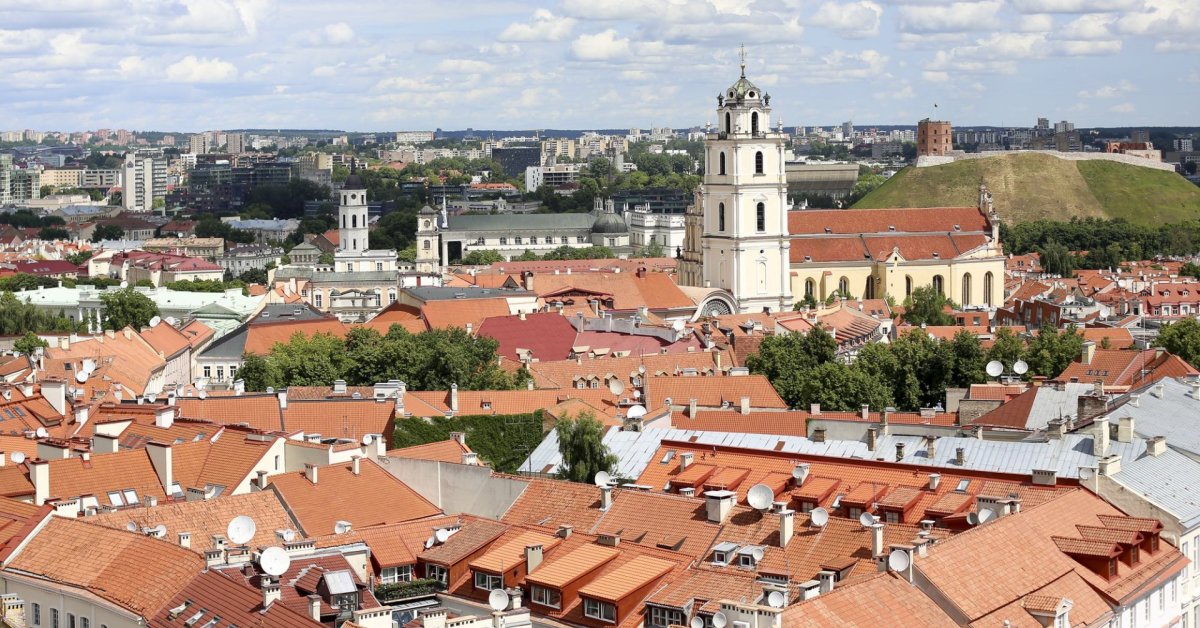 The price of a square meter in Vilnius is 300 Eur lower than in 2008. Is there an explosion waiting? | Business

1730 Eur – this was the highest average price per square meter of real estate in Vilnius in March 2008. Then, after the bubble burst, it steadily decreased until it returned to the results of 2005 in February 2010, when a square meter in Vilnius cost more than 900 Eur.

After that, for several years, real estate prices in Vilnius were stable, later growing, and now, the data of the first four months of this year, provided by Swedbank analysts for 15 minutes, cost an average of 1.3 thousand. Eur / sq.m.

Prices are not rising as fast as they were before the crisis, and analysts make it clear that growth is sustainable, affordability will be higher as people’s incomes rise along with real estate prices.

With prices jumping up and salaries

“Since the crisis period, the affordability of housing has increased significantly. If in 2008 household income was 50 percent. smaller than needed to buy housing, they are currently more than 30 percent. higher than better housing “, 15min explained Vaida Šečkutė, an economist at Swedbank.

One of the main reasons for this is the fact that wages in the hands have risen by about a fifth since 2008, but prices are still a fifth lower than at the time.

Loan interest rates, which have now fallen to historic lows, should have an even greater impact on affordability growth. Due to the significant decrease in interest rates, the down payment was almost halved, V. Šečkutė explained.

“Loan interest rates, which are currently falling to historic lows, should have an even greater impact on affordability growth. Due to the significant decrease in interest rates, the premium was almost halved, ”the economist explained.

The historical average interest rate is about 4 percent. And, if interest rates would still rise, and V.Šečkutė reminds that the environment of such low interest rates will not last forever, the household contribution to the bank for housing would increase significantly.

“Currently, the average mortgage payment according to the standard apartment price and the household wants 224 euros – which is 23 percent. household income. However, if the interest rate were to rise to 4.3%, the contribution would already rise to EUR 296, which would be 30%. household income. Thus, households increased the financial burden. A greater threat would arise to those households that already spend a larger share on the repayment of a housing loan, ”explained V. Šečkutė.

Bubble does not see

Sodra’s data show that wage growth did not slow down in the second quarter either. Partly due to the sharp jump in MMA, but also structural unemployment, the number of small workers in the population must also be paid. And in the future this pressure is often “, V. Šečkutė explained.

While she warned that residents can easily buy a home and its sales recover, “it must be borne in mind that interest rates will not last that way for a decade. If you have interest rates on loans rising to their historical average, then you will have affordability dropped to a minimum. Not only the current but also the future possibilities of repaying the loan need to be assessed. “

Bubbles would arise if there were unfavorable changes in economic policy and the country’s competitiveness fluctuated, but now they are not talking about it, J. Rojaka reassures.

However, the development of the real estate market is sustainable and it does not see the emerging bubble. Symptoms of various diseases and DNB economist Jekaterina Rojaka do not see.

“It is urgent to answer – the bubble is not visible yet. Bubbles would arise if there were unfavorable changes in economic policy and the country’s competitiveness fluctuated, but this is not being talked about now. Yes, rental prices are rising and are becoming more and more the subject of conversation as the school year approaches, but this trend is determined by the growing knowledge of the country, innovative technologies and ambitious plans of the capital, ”J. Rojaka writes in the commentary.

According to the calculations of real estate companies, over the past three years, rental prices in Vilnius will have increased by almost a third. According to the data of the Department of Statistics, the growth was a bit more moderate and reached about 24 percent, writes J.Rojaka.

According to her, one of the main engines of the housing rental market is the constantly establishing and expanding service and IT centers, together with various IT start-ups, creating well-paid jobs. The information communications and telecommunications sector employs up to 2,000 people annually. Only about half as many IT graduates are admitted to the labor market as IT specialists.

“The expected influx of students and new employees should further shake up the housing rental market in the capital in the near future. And if students are more focused on the category of cheaper housing, young professionals usually look for more luxurious housing closer to work, ”explains the economist.

The expected influx of students and new staff should further shake up the housing rental market in the capital in the near future. And if students focus more on the category of cheaper housing, young professionals tend to look for more luxurious housing closer to work, says Rojaka.

According to her, innovative technologies and new market players, such as Airbnb, Flipkey, 9Flats, are also contributing to the boom. True, Airbnb and similar portals severely limit the ability of city dwellers to rent housing for longer periods of time and for travelers.

“The world’s largest tourism and business attraction centers – London, Vancouver, New York – have faced the rental market boom. Not surprisingly, some cities are trying to find locals, limited by the Internet real estate rental portals. For example, Berlin is one of the first portals of bans on renting all empty apartments, ”said J.Rojaka, and this problem is not unfamiliar to the Lithuanian capital.

After choosing the weekend in Vilnius initially, Airbnb learned over 300 offers for renting the whole apartment (average price – 70 euros per day), 125 options to live in separate rooms (39 euros) and 16 options for partial rooms with others (27 euros).

The economist concludes that future rental trends in the capital are in line with economic realities.

“Ambitious ambitions will continue to increase the demand for housing, so its rent will gradually become more expensive. On the other hand, interest in housing as an investment and ever-increasing supply will act as a buffer to soften jumps in rental prices. In any case, in order to get bubbles, you need to look for new solutions, such as how the rent will be, together with the accumulation of the initial contribution to the loan or the like. “She explained.”