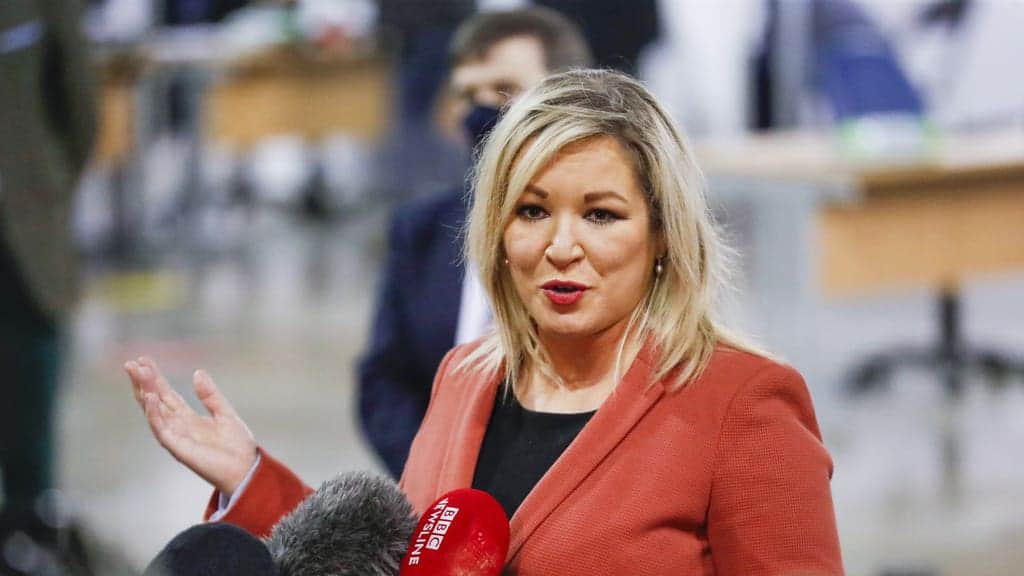 The resurgence of the left in the Republic of Ireland

In the last general election of the Republic of Ireland, Sinn Fein received 24 percent of the first preference votes. It was the first time that a leftist party received the largest mandate in a hundred years since the independence of southern Ireland from Great Britain. But due to the fact that Sinn Fein did not field enough candidates and the willingness of the neoliberal Green Party to maintain the status quo, the center-right duopoly of Fianna Fáil and Fine Gael were able to retain power and form a coalition government. Now in opposition, Sinn Fein’s momentum continues to grow as they open up a 10-point lead over other parties according to latest opinion survey.

The illusion of a booming economy

Internationally, Ireland has been hailed as a miracle. After the 2008 crash, Ireland was one of the worst affected countries in Europe. Its recovery has been presented to the rest of the world as an example of what a country can achieve if it plays by the rules of the game. Austerity, neoliberalism and an open economy are the answer. Your reward – you can be like Ireland and have the fourth fastest growing economy in the world.

So why did a left-wing party receive the largest mandate in a general election? Why are people voting to change the rules of a winning game?

In 2019, the IMF estimated that 60% of foreign direct investment in Ireland is ‘ghost’. In other words, by 1,500 multinationals registering their companies in Ireland for tax purposes, the Irish economy is accredited with growth that has taken place elsewhere. In 2015, after Apple moved its intellectual property assets to an Irish domicile, a quarter of Irish GDP growth was attributed to global sales of iPhones. Simply put, Ireland’s GDP does not reflect its real economy.

And if you think about it, at least the Irish should benefit from their 12.5 percent corporate tax revenue – businesses still manage to dodge it. Even when the European Commission ordered Apple to reimburse 13 billion euros, the Fine Gael government refused the money.

And with Ireland not borrowing despite low interest rates from the European Central Bank, there is little to invest in housing, health or transport. Instead, the state chooses to rely on market forces and the disproved myth of the spillover economy to solve public problems. This increases the disparity between rich and poor because wealth remains concentrated at the top of society.

All the money available to the state was wasted after the 2008 crash. This time it was Fianna Fáils’ turn to help the financial sector, choosing to spend billions of public money to bail out banks and real estate developers. The vulture funds then rushed to buy pieces of property for pennies. Now house prices are 8 times the average Dublin salary, while to get a mortgage the house price should not exceed 2.5 times your annual salary.

This excludes the majority of homeownership and creates a category of permanent tenants. Rather than pouring money into a house that goes up in value and where you end up owning the asset at the end of the mortgage payment, the money leaves the pockets of an Irish worker and goes straight into the hands of ‘an absent owner or a business fund. If that money is reinvested in the Irish economy, it comes in the form of hotels, AirBNBs and commercial apartments for rent. During this time, 10,000 people, including nearly 4000 children are homeless and live in temporary accommodation.

To solve this problem, the government published its “Housing Plan for All”. In the plan, there was no mention of a price cap, but it did contain tax relief for homeowners. The government’s indifference was then illustrated by Tánaiste (Deputy Prime Minister) Leo Varadkar, who stressed “we have to balance the fact that another person’s rent is another person’s income”.

Whether it’s giving Apple a tax break or refusing to build social housing, it’s all in the name of the neoliberal syllogism: don’t interfere with the market, don’t scare the investment, you’ll get a long-term economic growth. But this growth is not real, the investment is “phantom” and the market fails to provide social benefits to the Irish. Ask one of the thousands of homeless families about the wonders of Ireland’s economic miracle.

After the referendum on same-sex marriage in 2015 where 62% voted in favor of same-sex marriage, followed by the abortion referendum where the majority voted for the right to choose a woman, the Irish electorate chose to break up its long-standing links with the Catholic Church. With Ireland politicized and progressive, and an electorate unresponsive to the boom and fed up with skyrocketing rents – the space for leftist politics began to develop.

And with Labor being part of a coalition that oversaw the bank bailout, and the Green Party currently in coalition with the center-right – Sinn Fein has become the party of the left in Ireland.

Historically, Sinn Fein was the political wing of the IRA. In the last election, establishment parties, which were often timid in condemning British atrocities, were more than happy to exploit IRA atrocities to undermine Sinn Fein in the last general election.

While some of the older generation will never vote for Sinn Fein due to their previous ties to the IRA, younger voters who have never experienced conflict are flocking to Sinn Fein, the latest poll opinion suggesting 39% of 18-34 year olds. -ans would vote Sinn Fein in the next general election.

But Sinn Fein is not only popular with young people. They are also popular in both downtown and rural neighborhoods, while remaining the most popular festival among the inhabitants of the working class socio-economic bracket.

It defies the trend across Europe and the United States where voting preferences are divided between young people and the working class, as well as whether you live in the countryside or come from the inner city.

From Irish nationalism to leftist populism

While Sinn Fein has been the largest nationalist party in northern Ireland for over 15 years, its electoral success in the south is relatively new. To appeal to an electorate in the South where Irish reunification is not a priority, Sinn Fein has had to shift its old-fashioned nationalist rhetoric into a more contemporary form of left-wing populist rhetoric. Whereas before they spoke of the oppression of the British state, they now speak of the oppression of landlords, bankers, insurance companies and real estate developers.

And with the far right and Irish nationalism separated from each other – the far right in Ireland is exclusively a space for 5G conspiracy theorists and Covid-19 deniers where they vote less than 1% . The time available to the Irish electorate for the far right was summed up in Claire Byrne’s recent speech maintenance with Nigel Farage. And since the media have no interest in providing a platform for the far right, public discourse is not being manipulated into scapegoating immigrants or benefit recipients.

This allows economic problems to be adequately highlighted and people to realize that problems like the lack of affordable housing are as prevalent for young people as it is for the working class, and people in rural areas. also have housing issues – like the recent Mica and pyrite crisis indicate.

It is no coincidence that, in a political climate free from artificially constructed “cultural wars”, that at the last ballot three biggest problems at the top of voters’ agendas were housing, health and homelessness.

As the main opposition party, Sinn Fein responded to this demand by placing issues such as housing at the forefront of political discourse. After forcing the government to accept that there was a housing crisis, the government’s universal housing plan was immediately rejected by Sinn Fein housing spokesperson Eoin Ó Broin, who proposed a plan detailed alternative.

Related: Brexit Is A Greek Tragedy The Remainers Refuse To Learn About

We built a little house in our garden and Airbnb paid it £ 2,500 per month

The market for online booking platforms is booming around the world: Airbnb, Booking…