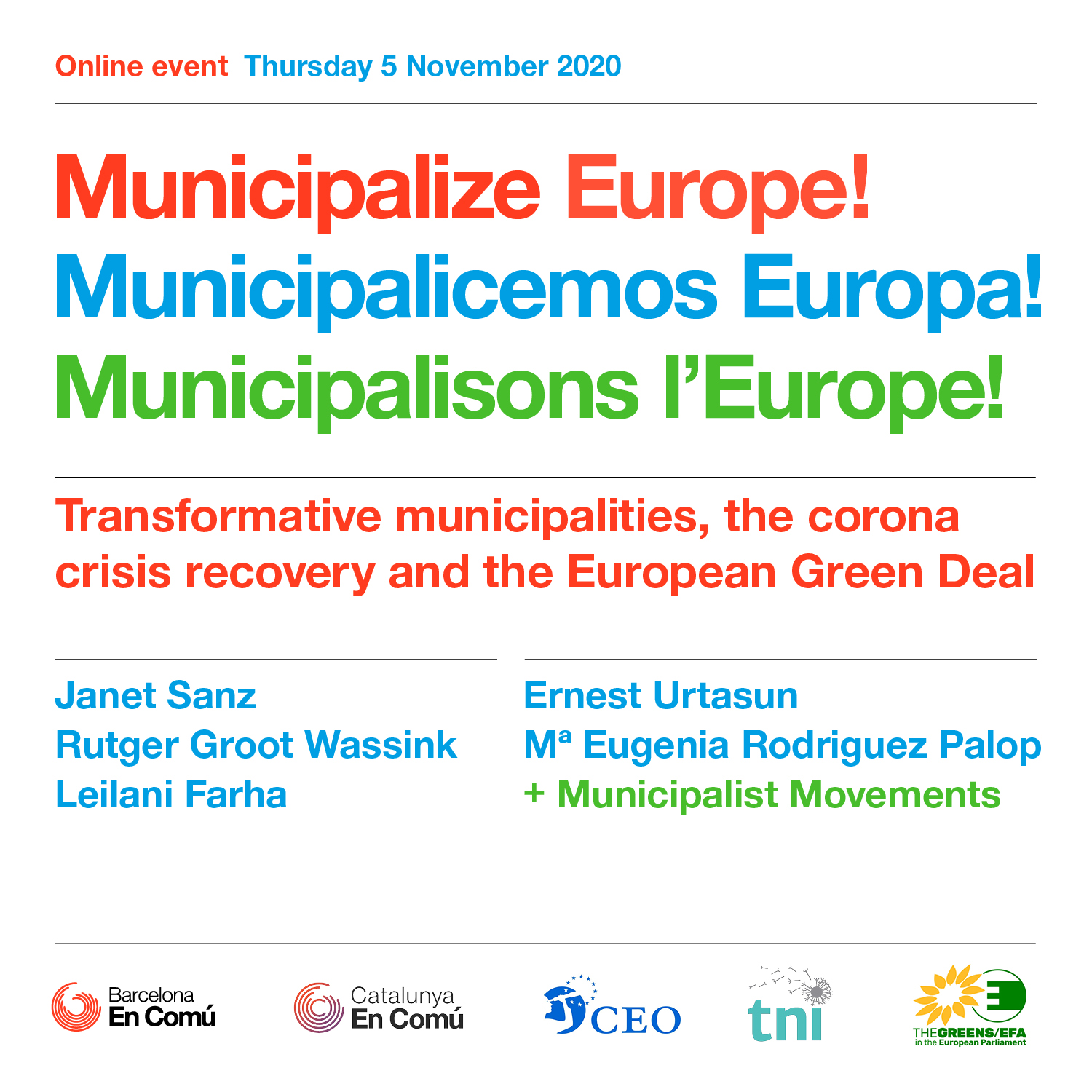 The right to housing is more important than ever

Lucia Martín, Barcelona city councilor and former housing activist, kicked off the session by sharing the observation that COVID-19 and the stay-at-home mandate have turned homes into extremely important spaces. At the same time, however, rents in many European cities are skyrocketing. Thus, it is necessary to change the regulation of housing prices – Berlin, Paris and New York have already tried to do this.

Barcelona are joining the effort. The city has a relatively low social housing stock, but is working to increase it, with 2,000 housing units slated to be built next year alone. In addition, two regulations have been promulgated: the first is the 30% rule, which requires 30% of all newly built homes and major renovation projects to become sheltered housing and have caps on rent prices. The second is a declaration designating the entire city as an area where the City Council has the right of first refusal, which gives the administration preferential purchase rights over land and buildings.

A big issue that the Barcelona government has been battling for the past five years is short-term tourist rentals through platforms such as Airbnb. Countering them is more difficult than you might think, since 9,000 of the rental of spaces to tourists have a license which is in principle valid for life. It sometimes seems that the municipality lacks the tools to counter the misuse of living space, since most of the power to do so lies with the national government, which is just one more case in favor. of municipalism. But, as Lucia Martín has assured, Barcelona are far from giving up.

Michaela kauer, Director of the Brussels Liaison Office of the City of Vienna (“Maison de Vienne”), began her introductory speech by sharing an observation of what the COVID-19 crisis and the 2008 financial crisis have in common: cities with one, public, cooperative or municipal housing and strong regulation of the private sector seem to cope better in both situations.

Vienna is fortunate in never having sold its social housing sector like other cities have (or were forced to). Sixty-four percent of Vienna’s population currently live in social, public, cooperative or for-profit housing and, as Michaela Kauer noted, they are proud of it. For this to be the case, Vienna introduced a new zoning law in March 2019 which ensures that two-thirds of the units in new urban development projects with an area greater than 5,000 m2 must be social housing, with a net rent not exceeding € 5 per square meter. She stressed that a public housing stock, which is based on state-owned land, is the most important asset for a municipality to develop an effective housing policy. “Keep your land. Don’t sell it! ‘ she insisted.

Finally, she noted that taking housing seriously as a fundamental right means that it is imperative to ensure the participation of those affected. The best protection for tenants, apart from rent ceilings and regulations, is to create a level playing field between landlords and tenants and to support the latter in legal disputes. She further advocated for indefinite contracts, saying that in this case people will feel like they own the place where they live.

Leilani Farha, a former UN Special Rapporteur on Adequate Housing, used her introductory intervention to advocate for a human rights-based approach to ensuring adequate housing for people in cities across Europe and the United States. world. “Cities didn’t have a choice when the crisis hit, but they have a choice of how to respond,” she said. The pandemic has shown that even the richest cities have alarming rates of homelessness that increase proportionally with wealth, and the most vulnerable, migrants and refugees, are often the hardest hit. It is a denial of human rights and it shows that the current system is simply not working. He calls for a new, more sustainable approach.

Leilani Farha advocates for a human rights-based approach to housing, as it focuses on people and households rather than finances and markets. Cities generally don’t want their people to be homeless, and from her own work in Canada, she has learned that there is a huge appetite for a human rights-based way forward. Cities can use the framework of international human rights obligations as leverage to pressure national governments to be more accountable.

In a final note on the EU, Leilani criticized the fact that EU officials often claim housing is not their responsibility. This is wrong, she argued, because the housing issue cannot be seen as isolated from others. Topics such as migration, austerity policy or finance are all fundamental European issues that interfere with housing.

Kim van Sparrentak, European Parliament rapporteur on affordable housing in the EU and member of the Committee on the Internal Market and Consumer Protection, is a living example that housing and the EU go hand in hand. She is responsible for the European Parliament Report on access to decent and affordable housing for all. Endorsing Leilani Farha’s criticisms of the EU, she added that she can name at least ten European laws that prevent cities from providing more affordable housing to their citizens. Its report found that more than 700,000 people in Europe sleep rough each night while more than 80 million struggle to pay their rent, and these are figures from before the COVID-19 pandemic.

European policy does not help: “The right to make a lot of profit from housing has a more solid basis in European regulation than the right to have a roof over one’s head,” she noted. . The pandemic has made the situation worse, but has also drawn more attention to the problem, as the need to enter detention has highlighted in particular homelessness, which is often overlooked or, in some Member States, even criminalized. Among other actions, its report calls for setting a European target to end homelessness by 2030. This means that the European Commission should create an action plan and could also propose a framework for a national strategy to fight against homelessness. homelessness, which would mean that each Member State must come up with a national plan to achieve this goal.

The second action advocated by the report is to redouble efforts to fight evictions and stop the growing financialization of the housing sector, which results in phenomena such as cities selling their social housing to improve their budgets. Kim van Sparrentak also calls for more transparency on property owners, pointing out that many tenants do not even know who owns their home. She further stressed the need to prioritize the green deal with a particular focus on social housing which has a lot of renovation potential, but also to be careful not to take this as an excuse for gentrification.

Kim van Sparrentak closed her remarks by saying that although she is pro-European, she proposes to give more power to local authorities because they know better what their inhabitants need. She thus pleads to put the power of the EU in the hands of the cities.

After their interventions, the speakers engaged in discussions among themselves and with the public. Part of the debate focused on the EU stimulus fund which unfortunately does not provide for the possibility for member states to set aside part of its funding to go directly to cities and regions, such as the Kim van Sparrentak noted. Michaela Kauer criticized the fact that cities, although they are very affected, do not have a seat at the table when designing European regulations, do not have access to funding and are often not allowed to combine different sources of funding. In October, more than 50 cities signed a letter demanding direct access to the stimulus fund to help them achieve climate neutrality.

Leilani Farha called for better integration of housing and migration policies to ensure that migrants do not end up homeless or that migration policies fail due to a lack of adequate housing. Many refugees flee human rights violations and then face further human rights violations when they are denied adequate housing in cities where they seek asylum.

Finally, the discussion shifted to the question of how to ensure the social housing stock. Leilani Farha suggested that municipalities quickly buy assets as they enter the market before private companies can.

The need to move away from market-based solutions and move to alternatives became clear during the sessions. Or, in the words of Michaela Kauer: “Housing is a right. The market does not deliver. Therefore, intervention in the market is necessary.