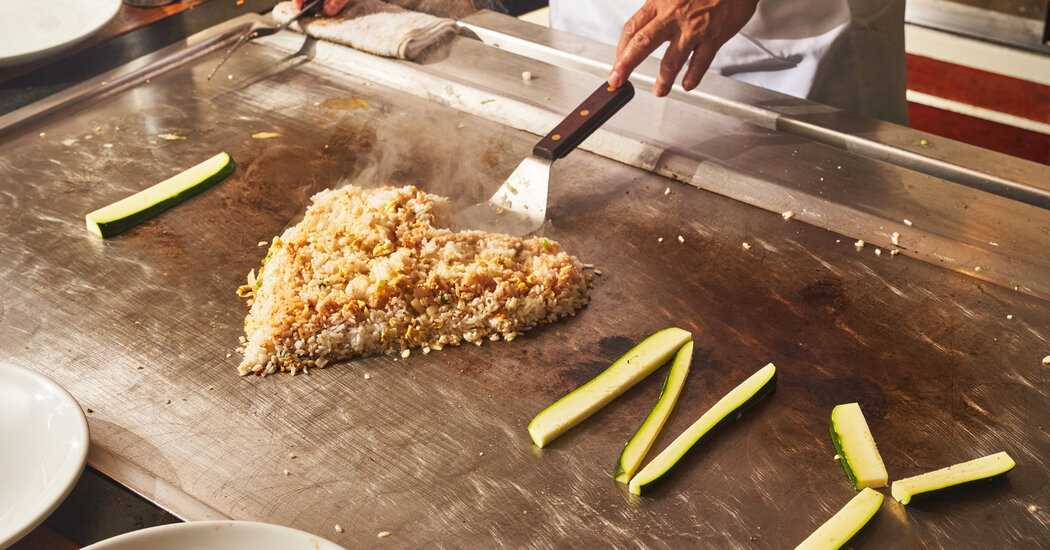 That current may still be at half-tide: almost twice as many people passed by in 2019. But places that host the city’s permanent dining class are overflowing, and not metaphorically. To contain all the regulars who rely on its lasagna, exceptional eggplant and zucchini parmigiana, grilled pizzas and party-size fritto misto, Fresco by Scotto has built an outdoor pavilion that may require its own zip code. Tables are crammed along the sidewalk and under a shelter in the street overflowing with branches of lemon trees and vines, more beautiful than they would be in nature. Musical explosions, giving rise to dance parties that are immediately posted on Instagram. Every night feels like a cast for “The Real Housewives of East 52nd Street”.

Steakhouses are so plentiful in Midtown that the area may be the Creamed Spinach Capital of the World. by Wolfgang Now takes away the Germanic franchise that he riddled with Peter Luger more convincingly than Luger himself. For a certain type of shopper, the glass meat rack inside Gallaghers gives off a luster that gives Cartier displays a creepy look. Sparks, grand without being handsome, has one of the few steakhouse wine lists that doesn’t try to force you to get an expensive, booted red.

What you prefer is personal and beyond rationality, but in many ways Wollensky’s grill is ideal. It’s basically a Third Avenue saloon built, in 1980, from the best parts of a steakhouse. Without the rituals and breast strokes you might encounter next door at Smith & Wollensky, you get the meat (including prime rib on its own, in a sandwich or, its highest and best use, in a hash of. prime rib of the past). You get the potatoes (the waffle fries are cooked in a medium, crisp well). You get the shrimp cocktail (or better, a chilled whole lobster). And you get the martinis, waved around by bartenders who would laugh in your face if you called them mixologists. They are, for many loyalists, the whole point of the place.

As if a curfew was still in effect, many restaurants in Midtown are closing early these days. It was 7:30 p.m. on a Tuesday night when I walked through Aburiya Kinnosuke on East 45th Street.

Conversations took place behind sliding wooden doors in semi-private rooms to a constant stream of vintage hard bop. A table was free, but the kitchen was closing in 15 minutes. What to order? Obviously, something from the robata grill that sets this izakaya apart, maybe the koji-marinated chicken, or a mackerel or yellowtail flounder, still thin and gelatinous attached to the collarbone.

Midtown is full of places like Aburiya Kinnosuke, where you can fly from New York to Tokyo in under five minutes. You can slip onto a counter in Katsu-hama and start spraying sesame seeds with a mortar and pestle to thicken the sauce from a pork cutlet that arrives on a metal cage just above the plate, to keep it from steaming the crunchiness of its deeply craggy shell. Or head up the stairs to Hide-Chan for a bowl of Hakata-style ramen, the cloudy pork bone soup under a black pool of charred garlic oil.

A separate visit might include restaurants that together form a sort of living museum of the history of Japanese cuisine in New York City. There is Nippon, the scene where, since 1963, soba, fugu and other things have danced in the consciousness of the city. There’s Hatsuhana, the sushi-ya that in 1983 became the first Japanese restaurant to earn a four-star review in the New York Times.