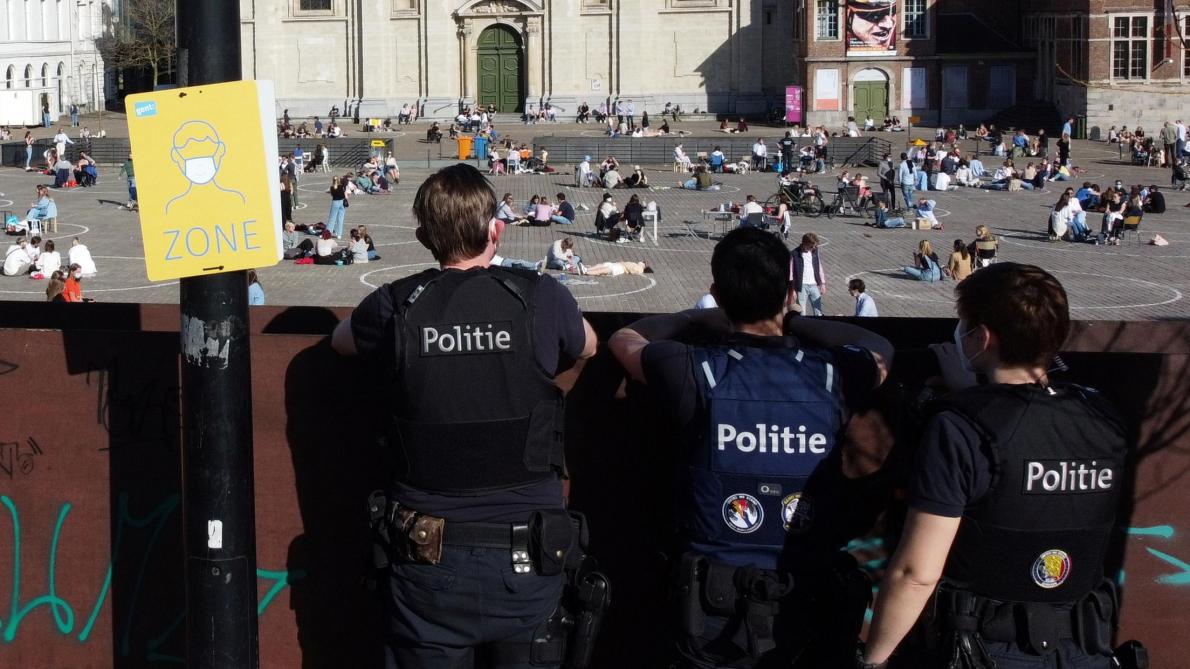 The Brussels court of first instance ordered the state on Wednesday to adopt a law to regulate the exceptional measures taken in the context of the pandemic, within 30 days. A fine of 5,000 euros per day will be due if the State does not comply with the decision.

The League of Human Rights had filed, three weeks ago, an action for summary before the court of first instance in Brussels. He ordered the state on Wednesday to end the exceptional measures taken in the context of the pandemic, within 30 days. A fine of 5,000 euros per day will be due if the State does not comply with the decision. The summary court considered that the urgency invoked by the applicants was established by the fact of the extension until April 1, by ministerial decree of February 6, of the disputed measures, and this “without any real communication having had place been made on the subject ”. Less called into question the responsibility of the Belgian State in that it would have committed a fault by adopting measures, by regulatory means, infringing on fundamental freedoms “in disregard of the constitutional and / or legal rules which require it to claim abstain or act in a specific direction ”. None of the three laws provided for by the Belgian State for the freedoms of Belgians, argued Me Lack and Me Lack for the LDH, could serve as an underlying basis for the disputed ministerial decree. The ministerial decree, underlined the two lawyers, “violates the principle of subsidiarity of criminal law, the obligation to consult the Council of State and the principle of legal certainty”.

As others had done before, without so far obtaining success, the LDH stressed that the defender, in this case the State, “had refrained from legislating when he knew that the decree ministerial was illegal ”and that on the other hand, he warned against“ illegal ”prosecutions and penal sanctions linked to the application of this decree. The main law on which the Minister of the Interior is based to adopt “corona” measures is that of 15 May 2007 on civil society, which concerns evacuation measures and which was adopted following the Ghislenghien disaster. The court of first instance noted, in the order issued this morning, that this law defines “in a restrictive and predictable manner the powers thus conferred on the executive”, and that the situation related to covid-19 is not covered by this law. “The closure of various establishments (cultural, festive, sporting, recreational, events, catering, contact professions), the suspension of compulsory education, the limitation of public or private gatherings, the limitation of movement from and to Belgium The terms “requisition and evacuation” escape the notions that everyday language imposes on us, concludes the ordinance.

It appears, says the court of first instance, that the restrictive measures of constitutional freedoms and human rights, enacted by the ministerial decree of October 28, 2020 and its subsequent decrees “do not appear to be based on a sufficient legal. ” The on-call amount set at 5,000 euros / day may not exceed a total of 200,000 euros. “In view of the complex circumstances linked to the health crisis and without questioning it”, the court granted a period of 30 calendar days to the State to comply with the decision. It would be surprising if the state did not appeal this decision. Note that the “pandemic” law, intended to put an end to these problems, will be debated this Wednesday afternoon in committee in the House. In the Prime Minister’s office, we are not reacting for the moment. We are waiting to study the judgment of the court of first instance.

Contrary to what Le Soir initially published, the state was not ordered to withdraw or end the Covid measures but to find a legal basis for these restrictions. Also, the formula “in the name of all Belgians” was not correct because the action was brought in the name of the LDH, which acted on a collective basis.