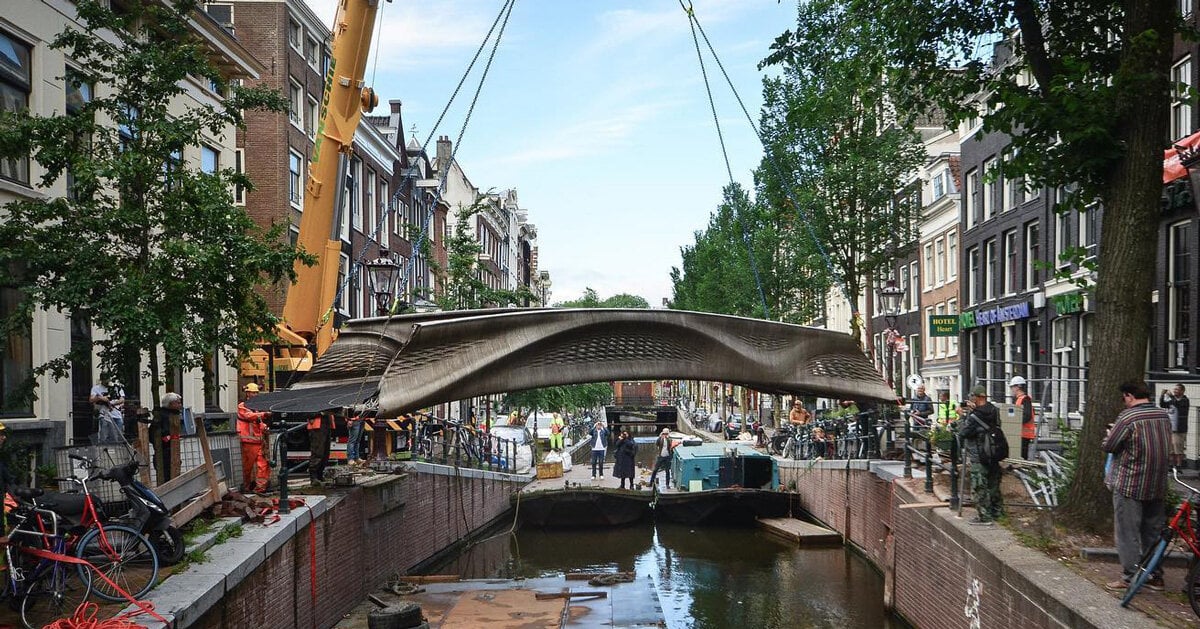 after two years of suspense, the world’s first 3D printed steel bridge, developed by MX3D, has been installed on one of Amsterdam‘s oldest canals, in the red light district. the award-winning futuristic bridge designed by joris laarman laboratory with arup as chief engineer, was transported by boat through the city canals and now extends through oudezijds achterburgwal. the dutch company launched this project in 2015, when she proposed to print a metal bridge with her innovative large-scale robotic 3D printing technology, providing a playful and inspiring example of how digital tools can create a new form language for architectural objects.all images courtesy of MX3D

MX3D’s smart bridge was unveiled on July 15, 2021 by máxima, Her Majesty the Queen of the Netherlands, in Amsterdam city center. the first 3D printed steel bridge is now open to the public in the red light district, Amsterdam’s oldest district. the installation of the bridge is the culmination of several years of work, developed in collaboration with joris laarman laboratory and arup. 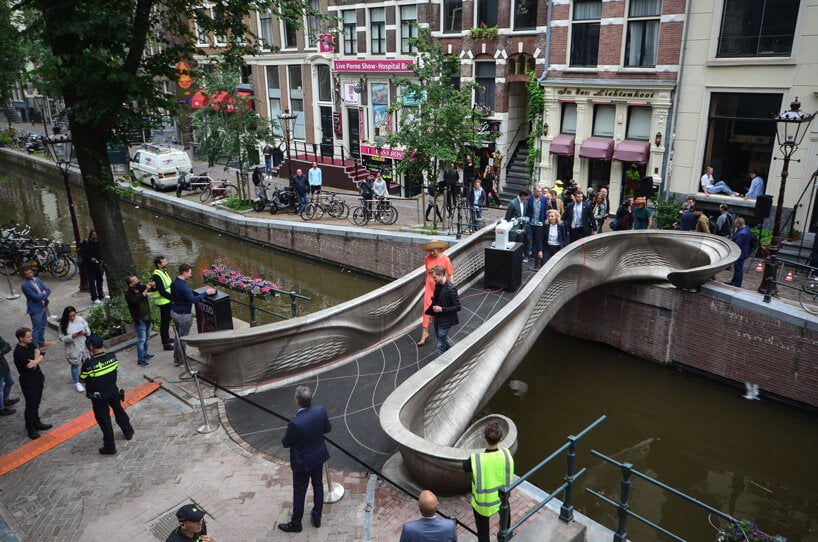 Equipped with a network of state-of-the-art sensors, the futuristic steel bridge also functions as a “living laboratory”, fueling a cutting-edge research project. in collaboration with academic and industrial researchers, the city of amsterdam will use the data streams from the bridge to explore the role of iot systems in the built environment. 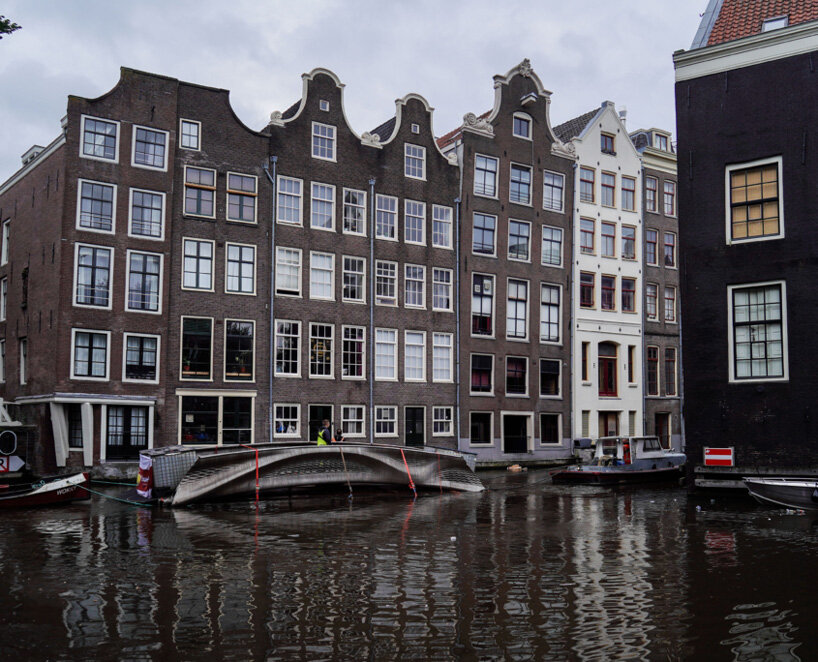 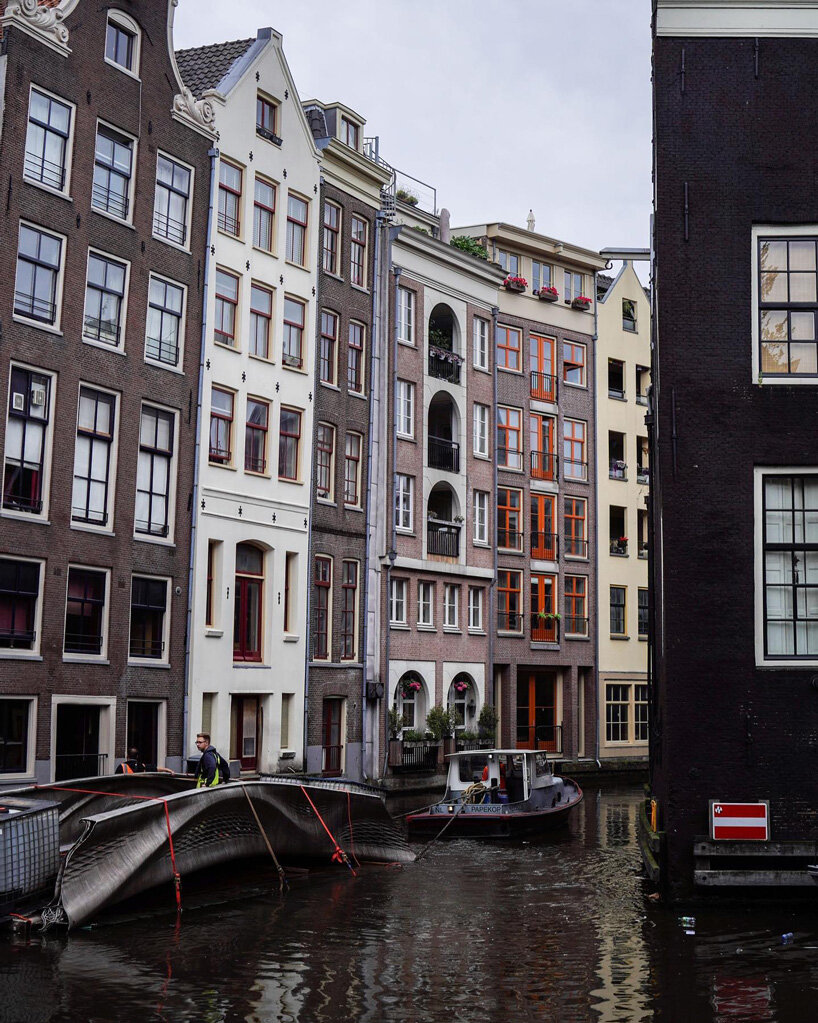 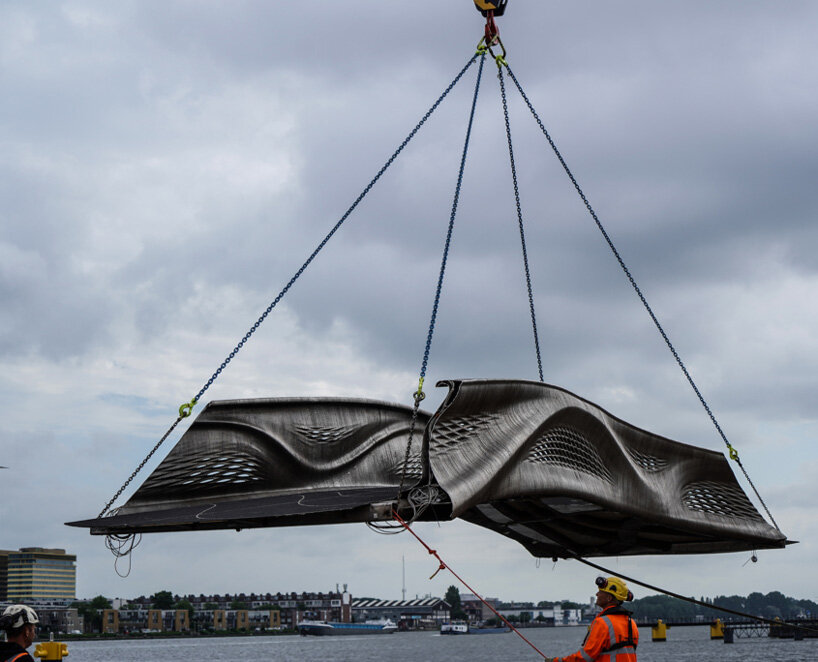 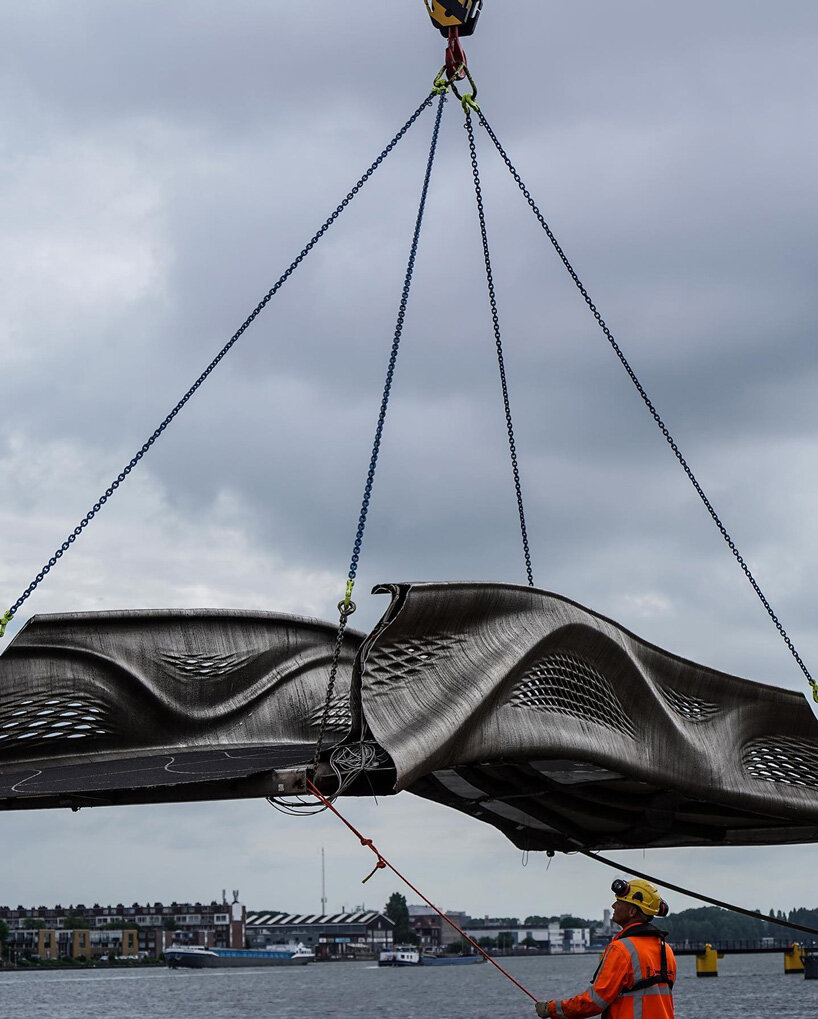 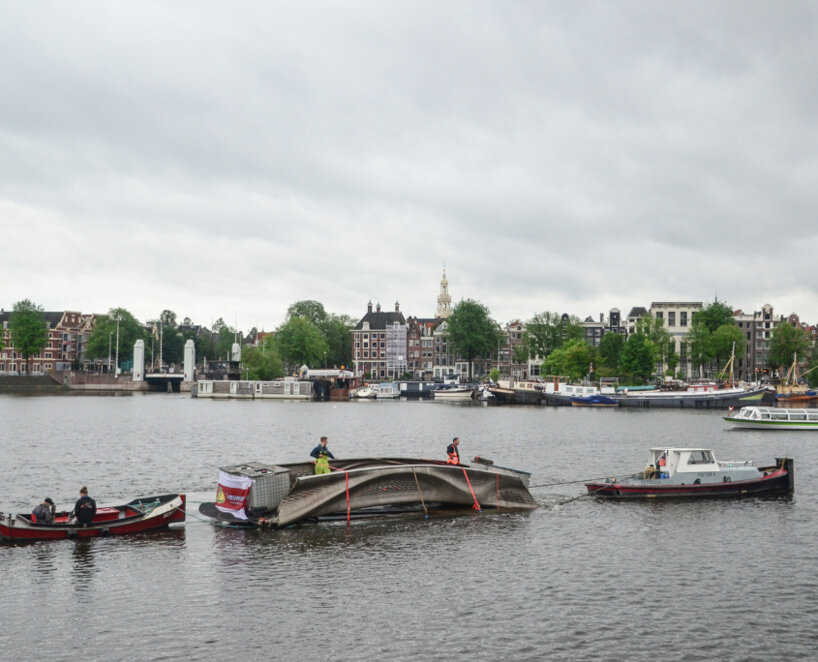 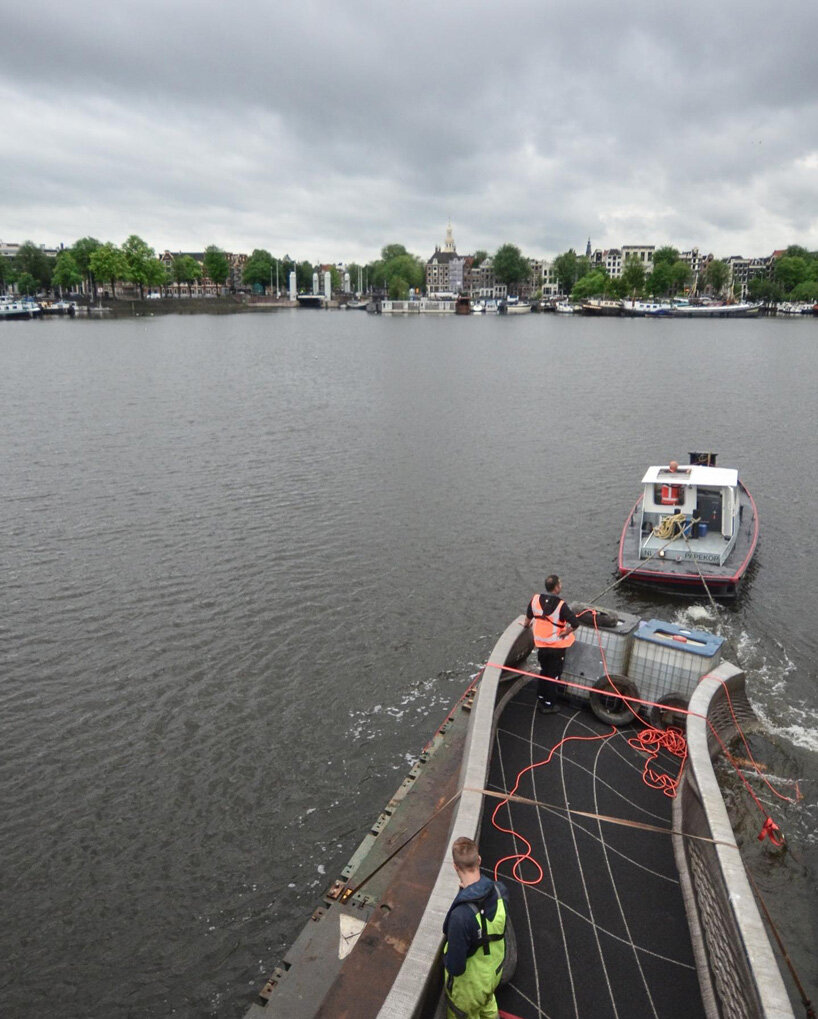