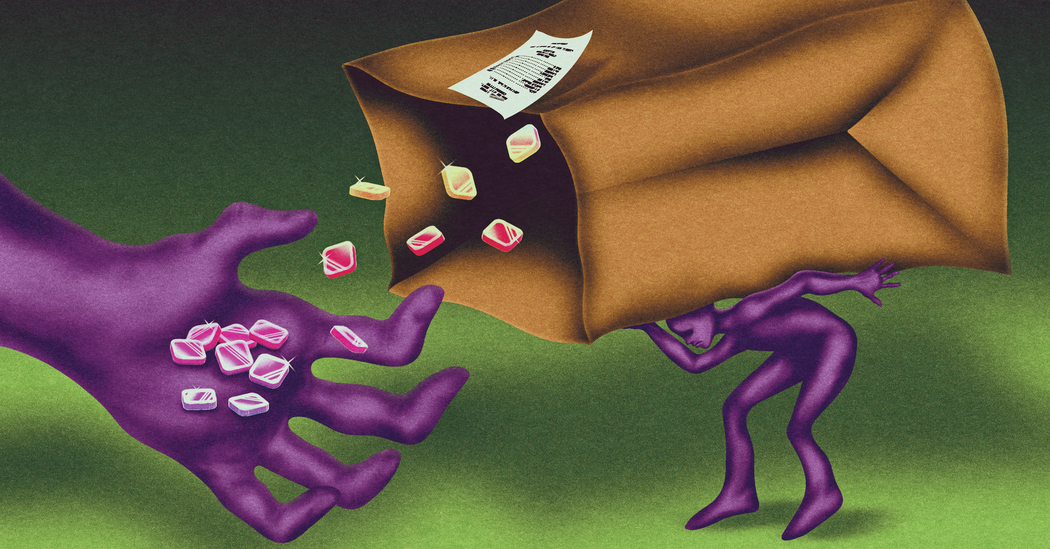 These apps deliver food and misery

This article is part of the On Tech newsletter. Here is a collection of past columns.

Many delivery companies that have sprung up in recent years make no financial sense. and maybe turn us into monsters.

I’m talking about app-based businesses including Uber, DoorDash, Gopuff, and many more around the world. They aim to bring us grocery stores, ready meals, a maid, cases of beer or a trip through town – everything is better, faster and cheaper than the way we’ve always done things.

I’ve tried to be open-minded about these app companies. They are the logical continuation of our consumer culture and create new types of jobs. Deliveries of anything under the sun could also put the power of Amazon in the hands of local businesses and preserve what we love about Main Street with practical 21st century twists.

But any optimism I had faded. These app delivery services are at best an economic mirage and at worst extend misery by making it too easy to ignore their true cost – financial, human and community – in the name of convenience.

For years, my question about companies like Uber was… how? How did it make sense to take a 20-minute trip through San Francisco for the price of a sandwich? How was it possible for an app to put me in touch with a local courier and restaurant and have me delivered a burger for what appeared to be peanuts?

The answer in many cases was that it didn’t make sense. Uber has been in business since 2009 and so far this year he spent so much to stay afloat that he effectively set fire to 14 cents of his money for every dollar of income. That’s not what healthy businesses tend to do, and that was an improvement for Uber. Food delivery businesses in the United States are also mostly unprofitable.

As my colleague Kevin Roose wrote in June, young companies based on apps designed for the convenience of consumers no longer have the luxury of spending money stupidly. Most of these companies are now trying to buy out their competitors, raise prices, or hurry couriers or restaurants for better conditions. Or they hope the corporate economy stinks less because they deliver more types of goods and larger orders. Of course, these tactics can work in some places and sometimes. Or maybe not.

More recently, delivery companies that manufacture even less sense have sprouted everywhere. In 2015, Uber rides seemed insanely cheap, but now companies like Gopuff, Dija, Getir, and Jokr – my spell checker protested those names – are promising to deliver a pint of ice cream and condoms in 10 minutes or less.

These companies operate something like the little 7-Elevens, except they absorb the cost of buying products and sending a guy on a scooter to your house. It might make sense if people were paying for the privilege of skipping the store, but the charge or markup on the products is relatively minimal. How? ‘Or’ What?

Two answers: They are subsidized by enthusiastic investment firms – for now, like Uber and others have been for years. And, like other app-based delivery services, they pay for themselves in part by extorting more from those with the least power in the transaction.

A series of articles this week from the rest of the world, and a investigation from The Verge and New York Magazine, has drawn a picture of the impossible demands of delivery people for a multitude of application-based services.

Low-wage work has always been precarious, and the better-off benefit in the form of cheaper products and services. But app delivery couriers are forced to continually do more work, faster, and for less money, or fall out of favor with the computer programs that award the best jobs.

Perhaps this work could improve, on purpose or by force. And it’s possible that labor shortages and messaging demands are forcing app companies to improve working conditions.

I’m concerned that the most important innovation in these apps masks the true cost of convenience. We learn to expect everything quickly and easily and not think about the toll on people and our communities.

If you haven’t already received this newsletter in your inbox, please register here.

It’s the first day of fall for those of us in the northern hemisphere. Let’s all take a moment to watch the big and beautiful harvest moon.

We want to hear from you. Let us know what you think of this newsletter and what else you would like us to explore. You can reach us at [email protected]

If you haven’t already received this newsletter in your inbox, please register here. You can also read past columns on technology.