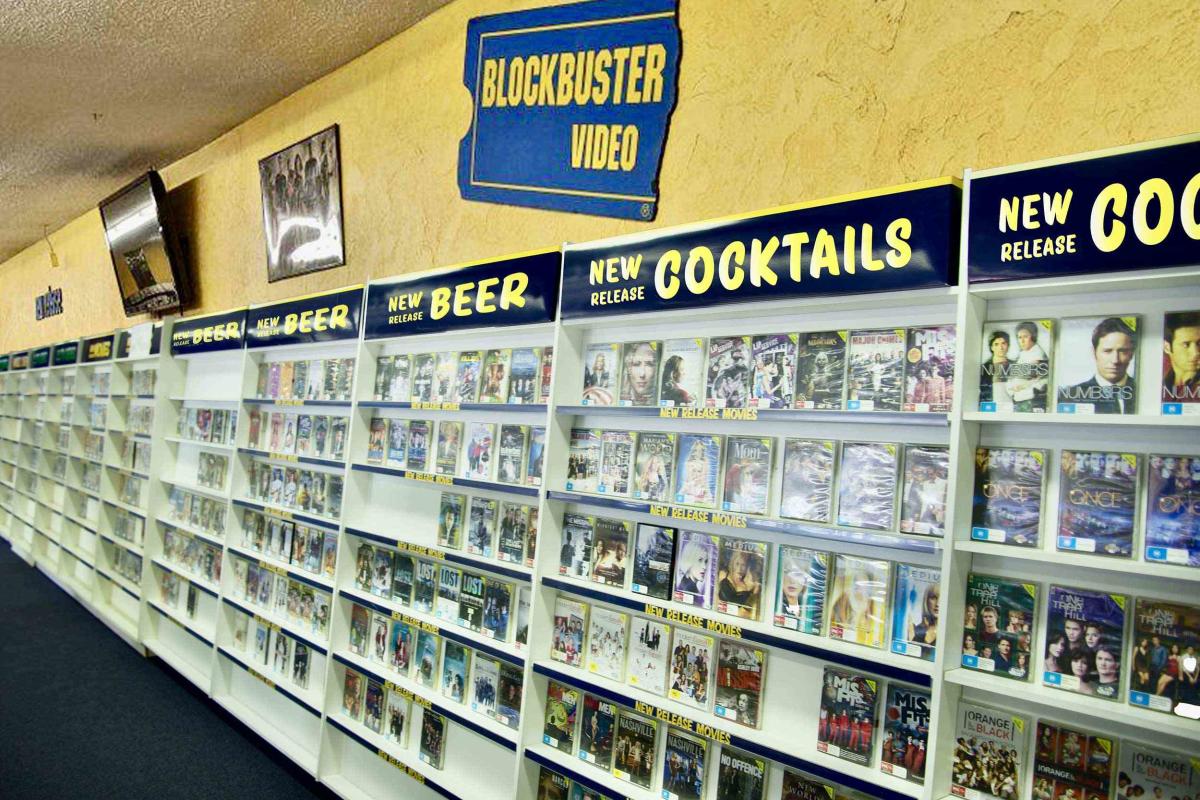 Your membership card is your drink ticket, just browse the classic VHS tapes and bring one to the counter to order your drink.

Blockbuster Video is one of the most notorious downfalls in modern business history. And yet, people still seem to have a nostalgic affection for the brand. The world’s last Blockbuster store in Bend, Oregon, inspired a documentary film, was rented on Airbnband this week will be part of a new sitcom (ironically enough, streaming on Netflix).

And that’s not all. Later this month, Blockbuster will be back to Los Angeles…not like a video store, but like a speakeasy-style pop-up bar that’s officially licensed by the Blockbuster brand (but, for the record, not affiliated with the new show).

Launching November 19, the Blockbuster Speakeasy is courtesy of some very familiar names in the nostalgic pop-up space. This is a partnership between Bucket Listers – who recently brought their Daddy’s Girls pop-up restaurant from Los Angeles to New York — and New Gold Empire — which, among many themed projects, is perhaps best known for its Will Ferrell-themed bar, Stay Classy.

This time around, their video rental-themed pop-up promises a decorated Blockbuster store that “recreates every memory of picking a pre-release movie, while mixing in a full bar that serves delicious cocktails. and mock tails”. Visitors’ Blockbuster “membership card” serves as a drink ticket, and the different movie aisles, which once were of different genres, are now different drink categories.

“Instead of grainy VHS tapes, guests will choose from themed drinks inspired only by the best movie releases of the 90s and 2000s,” the ad reads. “Be sure to check out each recipe ‘synopsis’ on the back before bringing a selection to the checkout where a Blockbuster bartender will prepare the libation. The full bar menu will also include throwbacks like Gusher-based cocktails and Yoo Hoo, Zima, Vodka & Tab, Crystal Clear Pepsi, Orbitz and other nostalgic drinks.”

Looking for snacks? The Blockbuster Speakeasy announces that it will offer a menu including a Grown up Lunchable, a Blockbuster Burger, Please Rewind Truffle Fries, New Release Flatbread & Dips and the Late Fee Risotto Parmesan Cheese Balls, as well as treats such as a Dunkaroo ice cream and a sundae , movie-style popcorn, a table-side Your Own Smores toast, and a Friday Night Rice Krispie fudge brownie.

Tickets for the 21+ experience are on sale now on bucketlisters.com with a $45 price tag that includes two cocktails. The bar itself will be located at 7174 Melrose Avenue and dates are currently open through February.

And as to whether this pop-up might one day travel to other parts of the country like the Golden Girls Kitchen or Saved by the Maxwe were told that there was nothing planned… for the moment, at least.