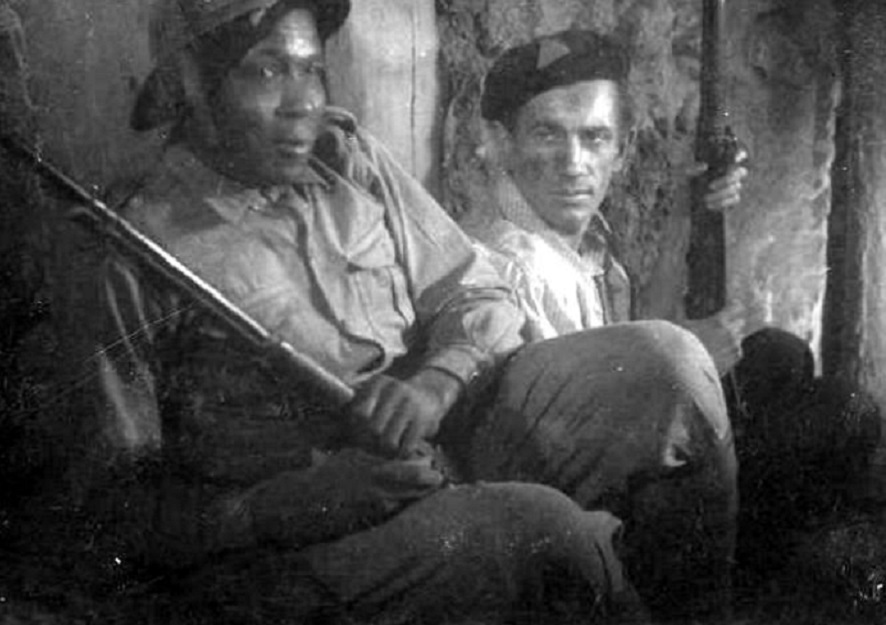 When you think of World War II and Africa’s involvement in the largely European conflict that shapes the world, you remember the forced conscription of colonized Africans into European battalions meant to ward off Nazi and Fascist aggression.

But August Agboola Browne is the strangest exception to this narrative. The Nigerian-born jazz musician and the story of how he dressed and took up arms alongside the defenders of Poland during the Warsaw Uprising of 1939 is an intriguing tale of alliance and perseverance .

Recordings show Browne was born in 1895 in Lagos, pre-independent Nigeria. He will leave his native country with his father, a dock worker, for Great Britain. In 1922, Browne found himself in Poland, via Germany, in the company of a theater troupe. Presumably life was livable for this Nigerian from Warsaw on the edge of Eastern Europe as he not only became a drummer and performed in several bars in the city, but he got married – twice.

Ela Grabinska-Raubusch, who works with the Polish museum Sikorski Institute based in London, recalled his Polish mother recalling Browne’s life in Warsaw: “My mother said he was very famous in Warsaw before the war because he was probably the only black in the capital.

It was in the 1920s and 1930s. The chances that Browne would be the only black man in Warsaw should not be discounted. Yet the fact that a black African who could have left Poland before the Nazi invasion did not leave but stayed and fought for his adopted homeland is an extremely astonishing piece of history.

Browne’s first wife was Zofia Pykowna, with whom he had two sons – Ryszard, born in 1928 and Aleksander, born in 1929. Unfortunately, the marriage broke down and Zofia and the boys left Poland for Great Britain . He remarried in the early 1950s to Olga Miechowicz and the two moved to Britain in 1956.

What exactly he did during the war cannot be independently verified outside of the claims he made to the Society of Fighters for Freedom and Democracy, a Polish association of WWII veterans. global. Browne joined the association in 1949. In his candidacy, he declared that he was part of the forces mobilized to defend Warsaw during the invasion of Poland in 1939.

If he fought in the war it is strange how he survived because, aside from the known dangers of war, he was a black man and would stand out like a sore thumb to his enemies. But Browne’s request offered more substance to his involvement in the 1944 Warsaw Uprising in which he said he was codenamed Ali.

He identified his unit leader as Corporal Aleksander Marciński, code-named Łabędź, or Swan. Polish historians have confirmed the identity of Marciński and the “Iwo” battalion he led in Śródmieście Południowe, or Śródmieście of the South. This is the same place Browne claimed to have fought in the uprising. A Polish resistance veteran also remembers seeing a “black man” at battalion headquarters during the uprising.

At the end of the war, Browne worked in the Department of Culture and the Arts in Warsaw from 1949 until his departure for England. Somehow, a Nigerian had survived one of the worst fascist military occupations in modern history in the whitest part of the world.

He had two daughters with his second wife Olga in London. One of his daughters, Tatiana, lives today as a 62-year-old woman regretting that her father did not say more about her life in Poland. She Recount the BBC that his father was a “very calm, very private and quite distant” man who spoke perfect English and Polish.

Browne died in London in 1976, at the age of 81. He continued to play music for work until he couldn’t take it anymore and retired behind the piano at home in his later years.