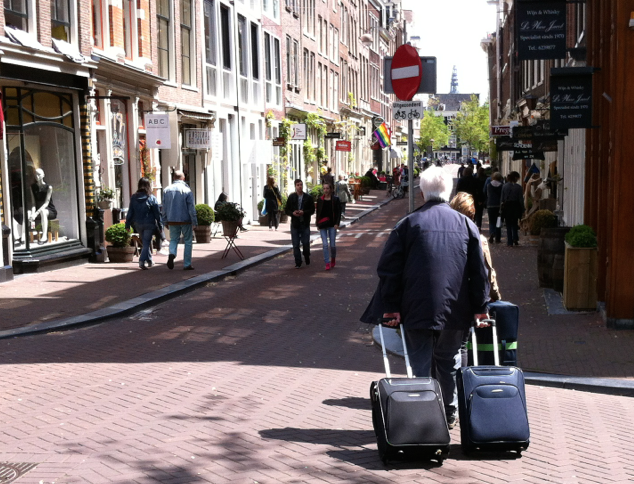 Almost three-quarters of Airbnb listings in Amsterdam could violate vacation rental board rules, according to data obtained by DutchNews.nl from the metrics site Insideairbnb.com.

Of the 11,300 Amsterdam properties on the website, 74% are listed as being available more than the legal limit of 60 days per year. And, according to Insideairbnb.com, up to four in 10 people can be booked for more than the maximum period.

In February, city officials agreed to spend an additional € 1 million to collect information on illegal rentals. However, research by DutchNews.nl shows that a lot of information is already available.

Announcing the plan to launch a process known as “data scraping” to find out if the rules are broken last month, housing alderman Laurens Ivens said it was “a new and innovative to fight against illegal rental of housing “.

“With this new digital survey method, we will change our approach from reactive to proactive,” he said.

Last year, city council received 834 reports of illegal rentals through Airbnb and similar sites and imposed fines and warnings on 268 owners. Airbnb also removed some 170 addresses from its website for breaking the rules.

However, figures obtained by DutchNews.nl show that thousands of homes are rented illegally. And despite reports that the rules are being widely flouted, city spokeswoman Janine Harbers told DutchNews.nl the council will not pressure Airbnb to provide more information.

“We accept Airbnb’s terms and conditions,” Harbers said. “We think cooperation is better for everyone.

Amsterdam also accepts Airbnb’s position on the city tax, which it agreed to collect on behalf of the city in 2014. Last October, the website announced that it planned to hand over $ 5.5 million. euros to Amsterdam City Council for 2015 – without providing details on rental income.

This would indicate that Airbnb’s total income was over $ 110 million, an average of just under $ 10,000 per property.

The reluctance of municipal authorities to question Airbnb may stem from the agreement signed between the city and Airbnb in 2014. This agreement explicitly states: “The parties agree that they will communicate in a positive manner on the cooperation agreed in this memorandum of understanding. agreement (MOU). ‘

“This hides information,” Sicco Behrens, president of the ASAPNL short-stay owners association, told DutchNews.nl. “If something bad happens in an Airbnb apartment, if an apartment burns down – and I know for a fact that it happened – the city will not say that the apartment was rented on Airbnb.”

Even when the rules are followed, Behrens considers the city’s relationship with Airbnb to be too generous.

“It surprises me what they allow Airbnb to do,” he said. “A professional operator who runs a business and who knows [potential] the dangers can do less than an individual who rents his apartment to a stranger [on Airbnb]. It’s weird.

City alderman Laurens Ivens said on Friday the city is looking to reduce the number of nights that owners can rent their property through the popular rental site. The reduction to 60 days a year will be “difficult” legally, but it is certainly an option, Ivens said.

An Airbnb spokesperson told DutchNews.nl that the figures provided by InsideAirbnb are misleading.

“We never comment on public cuts to our site because they use inaccurate information to make misleading assumptions about our community. We are good partners for the city and are working together to help ordinary people who share their homes pay the bills and crack down on bad actors, ”the spokesperson said.

The spokesperson said that Airbnb’s “phased deal” with Amsterdam contained provisions to remove all illegal hotels brought to the attention of the company. Unlike other accommodation providers and platforms, Airbnb regularly meets with city officials to discuss ways to promote responsible tourism in Amsterdam, the spokesperson said.

DutchNews.nl has been free for 14 years, but without the financial support of our readers we would not be able to provide you with fair and accurate news and features on all things Dutch. Your contributions make this possible.

A lunar eclipse will darken the moon on Wednesday