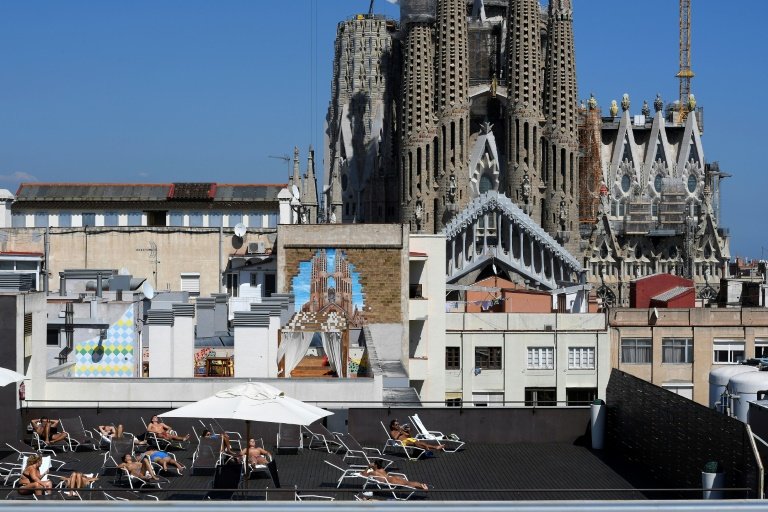 Spain may be one of the top tourist destinations in the world, but many people in its largest cities are exasperated by Airbnb-style rentals.

And now their city councils are taking action.

Airbnb and other peer-to-peer rental sites have been recognized for years for allowing travel and culture enthusiasts to find new ways to explore foreign lands.

However, complaints abound in Spain that greedy landlords are chasing long-term tenants in order to cash in on the tourist flow and that short-term leases drive rents up.

By introducing a series of new rules, Madrid’s left-wing city hall plans to prevent short-term rental companies from renting 95% of apartments in the Spanish capital by the end of the year.

To obtain a vacation rental permit, owners will need to prove that their property has a separate entrance from the rest of the building, a condition that is in most cases impossible to meet.

Owners who rent out their main residence for less than three months per year will be exempt.

“We are aware that this is a very restrictive condition, and this is our intention,” Madrid city councilor for sustainable urban development, José Manuel Calvo, told AFP.

He said some neighborhoods in Madrid have reached “the same level of saturation” as Barcelona, ​​where a boom in vacation rentals has depleted the city’s housing supply and pushed up rents, triggering a backlash against tourists who saw protesters take to the streets.

Are the locals outside?

There are now around 9,000 apartments in Madrid that are rented to tourists, six to seven times more than in 2013, Calvo said. Of these, around 2,000 operate without a license.

In some buildings, owners have evicted all local residents in order to rent their apartments to tourists for more money, Calvo said.

“The consequence is that these neighborhoods end up emptying gradually, and this must be avoided. There is still time,” he said.

Madrid City Hall stopped issuing new licenses for tourist apartments in January and only plans to resume licenses once the new system is in place.

Other cities in Spain, the second most visited country in the world after France according to the United Nations World Tourism Organization, are also facing an increase in the number of short-term rentals in the sharing economy, threatening businesses hoteliers.

In the Mediterranean port city of Valencia, the number of peer-to-peer vacation apartments has climbed 30% since 2016.

Although the situation is not as critical as in Madrid and Barcelona, ​​the city’s left-wing mayor wants a series of new regulations to be approved by July.

“It seems important to put in place rules which, without stopping this model of the sharing economy, are compatible with the desire of cities to preserve the spirit of their neighborhoods, without becoming amusement parks”, declared the city’s economic development coordinator, Julio Olmos. AFP.

The plan is to apply the same laws regulating hotels to tourist rentals. In practice, under the new rules, only apartments on the ground floor or on the first floor can be legally rented to tourists.

In the old city center, the legislation will be even stricter. There, licenses will only be granted to apartments located in buildings specifically intended for vacation rental.

To make sure the rules are followed, Madrid and Valencia plan to follow Barcelona’s lead.

The Catalan city employs 40 people to look into vacation rental websites to make sure properties have the proper licenses.

Between mid-2016 and mid-2017, Barcelona City Hall, led by a former housing rights activist, ordered the closure of more than 2,300 vacation rental apartments.

Fewer than 750 obeyed the order, with legal proceedings underway against those who still resist.

Airbnb, however, removed 1,500 listings for unlicensed apartments, helping to put properties back on the regular rental market.

Palma de Mallorca, capital of the Mediterranean tourist destination in the Balearic Islands, is going even further – it is preparing to ban almost all short-term rentals of private homes like those listed on Airbnb.

The increase is blamed on a shortage of long-term rental apartments, forcing some locals and seasonal workers to live in vans and campsites in the summer because they cannot find affordable housing.

Detached houses will only be available for rent to tourists if they are located near the airport, in industrial areas or in buildings not intended for residential use.

How Much Indianapolis Airbnb Hosts Earn