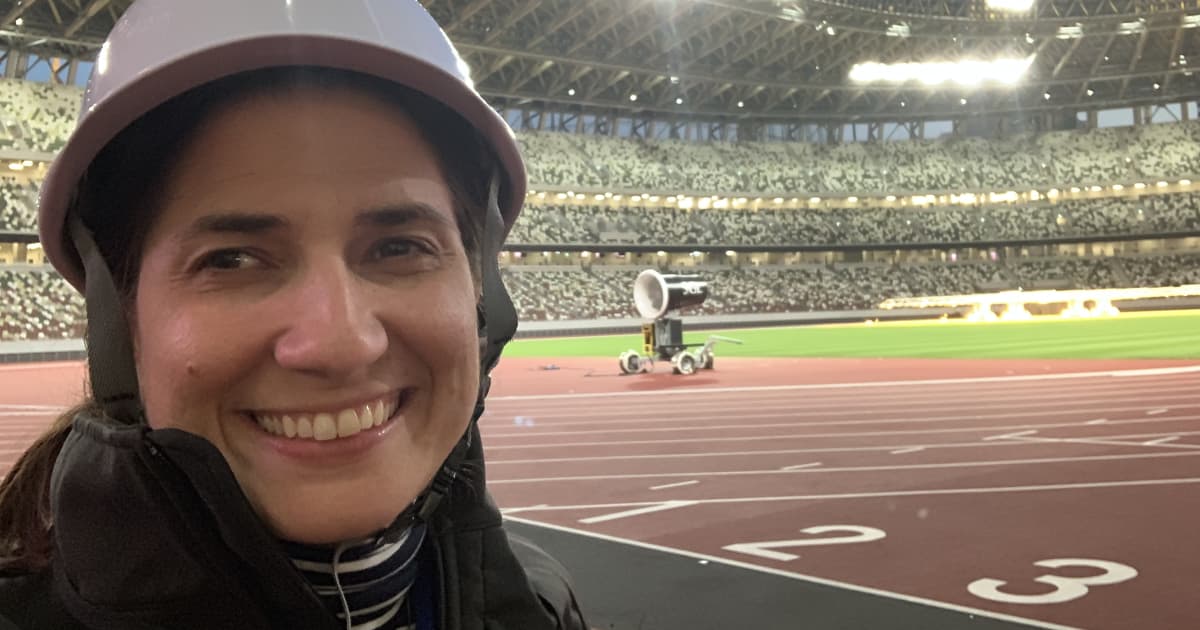 The margins of citizenship

The plight of refugees – and particularly refugees with disabilities – hits Rodriguez, who represented the United States in para swimming at the London 2012 Games and was a finalist in the SB5 women’s 100m breaststroke.

From an early age in her native Cuba, Rodriguez was a swimmer and ballerina. When she was 13, she was diagnosed with a spinal cord defect and stroke that left her paralyzed from the waist down. There were hardly any facilities for people with disabilities in Cuba.

She moved to the United States – and it opened up huge opportunities for her. She and her family have built a life in their new home. Rodriguez attended the CRF and obtained a bachelor’s and master’s degree in architecture. She also started swimming again – but due to her citizenship status, she was unable to compete at first.

It hit her hard.

“When you are a refugee, you have to put your dreams on hold,” she says. “As an athlete, training is not something you can easily put off and come back to.”

But she persevered. She trained hard. And she became a Paralympian.

Today, she is also passionate about helping others achieve their dreams. When asked what it means to be Head of Mission for the Refugee Paralympic Team, she says:

“This is an opportunity to give back to a community we need to hear more from. The importance of having a refugee team is that we give a voice to these 82 million displaced people and 12 million people with disabilities. “

Part of the beauty of the Paralympic Games, says Rodriguez, is that they push the boundaries and raise awareness of one important truth: Everyone can achieve. Likewise, change can start with sports, she says.

“People with disabilities are often viewed on the basis of their disability,” she says. “The Paralympic Games change that perspective. The most important is sport. They are athletes. It should be true for anything. Disability should not define what the person does or does not do.

For years, major networks and public opinion have focused on Olympians – and sadly left Paralympians on the periphery. But this year, says Rodriguez, the tide is changing in unprecedented ways. For the first time, NBC Universal will broadcast a record 1,200 hours of Paralympic coverage of the Tokyo Games, including the first NBC prime-time broadcasts in history.

Likewise, the main sponsors have also mobilized to showcase the Paralympians. An example: if you watch the Olympics, you will notice that companies like Toyota, Airbnb, which is the main partner of the Paralympic Refugee team, and others are featuring Olympians. and Paralympians in commercials.

Rodriguez says seeing change is like tasting victory. “Finally, we have Olympic and Paralympic athletes equally prominent. It’s a historic moment here in the United States With the Los Angeles 2028 Games on the horizon, I am very happy to see the Paralympic Games finally reach their true potential in our country.

Besides her role as an athlete and defender, Rodriguez is an accomplished architect in her own right. Earlier this year, she was recognized as one of the Top 25 News Creators by Engineering News-Record, which is widely regarded as the premier magazine for the construction industry.

She made it her mission to imbue her work with her passion for sport and accessibility. She currently runs her own Texas-based design consulting firm, I Design Access, where she focuses on projects revolving around the Paralympic Games and other games. She has been an accessibility specialist for several projects around the world, including the construction of the US Olympic and Paralympic Museum and the Kazakhstan Paralympic Training Center.

She is the main accessibility consultant for the International Paralympic Committee (IPC). In this role, she helped create the organization’s accessibility guide and was a consultant on creating inclusive facility design at various Olympic, Paralympic, Pan Am and Parapan Am Games.

She attributes her success to her time at the CRF, and in particular to the mentorship of one of her professors (now Associate Dean at the College of Communication, Architecture + The Arts).

“I embarked on this path of design and inclusion thanks to Marilys Nepomechie,” she says. “Now I look at the concept of design from the perspective of inclusion at all times. The more places we have that focus on accessibility and inclusion, the more common it will become. “

Through her work, she has had the opportunity to see how countries around the world are dealing with accessibility issues – and to see how the United States is a leader in the international community.

“What you see that the United States has accomplished makes me proud,” she said.

But that doesn’t mean we have to settle.

“People are moving in this [accessibility] direction, but we have to push even harder, ”she said. “ADA is great. But the world continues to evolve and we must also continue to evolve. “

His mantra: To continue.

“I never give up on anything I do,” she says. “It’s as if the little fish in Finding Nemo was saying, ‘Keep swimming’. “

You might be surprised how far you will reach.