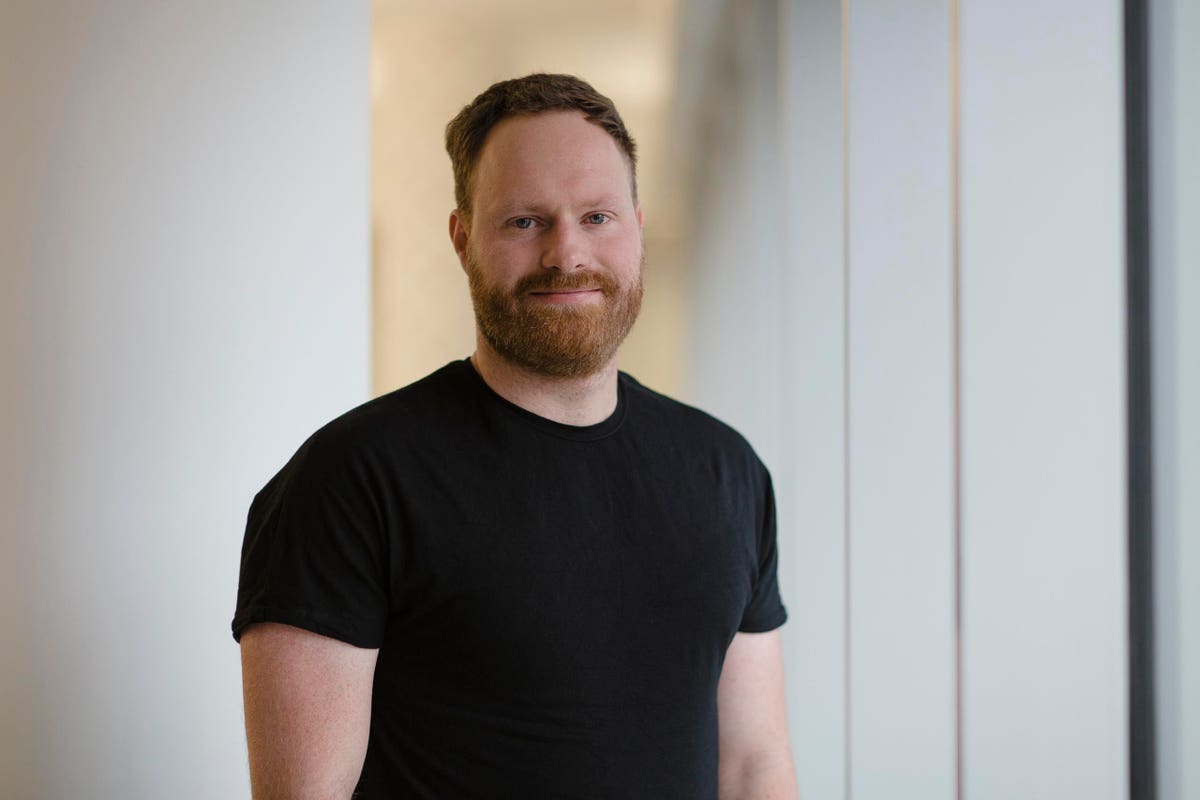 The promise of a “paperless office” has been around for a long time. It was first invented by librarian and scholar Frederick Wilfrid Lancaster in 1978. Forty-four years later, the quest for a fully digitized and automated data entry process remains.

Now, there is a technology called Intelligent Document Processing (IDP) that helps organizations digitize and automate unstructured data from a variety of documentation sources, including images, PDFs, word processing files, online forms, etc. And it’s a big global market that’s expected to grow from $1.1 billion in 2022 to $5.2 billion in 2027, according to MarketsandMarkets Research. Yet most businesses today still require a high degree of manual data entry.

A company, Rossum, hopes to change this dynamic office job and even more free from the drudgery of manual data entry. Founded in Prague, Czech Republic in 2017 by AI PhD students Tomas Gogar, Petr Baudis and Tomas Tunys who dropped out of college to start the company. The story of this founder’s journey is based on my interview with Tomas Gogar, CEO of Rossum and Forbes 30 under 30 member.

“This document processing space was completely set back. So we decided to disrupt that,” Gogar says of his and his co-founders’ decision to leave academia and start a business.

Why leave the academic world for the world of start-ups? “There were two reasons. I am an impatient person. And in the machine learning space that we were in, we had limited access to the kind of resources you find on Google or Facebook. So I was motivated to find these resources. And the other was that I really wanted to work with my other co-founders. They are extremely intelligent,” says Gogar. To solve the problem and work together, the three doctoral students had to create a company.

“We sat down and said, ‘The problem we’re solving is incredibly difficult. And it’s probably going to cost hundreds of millions of dollars to solve from an R&D perspective. But if we can make a useful product to customers, we can get the money from the first release to fund more R&D.’ So we wanted to build that R&D growth loop,” says Gogar.

The founders chose the name “Rossum” for the company in recognition of the play “Rossum’s Universal Robots” by Czech writer Karel Čapek. “This is the first time the word Robot has been used. So we chose this name because it has a connection to our Czech roots, but it is also so closely related to AI,” says Gogar.

Although Gogar had spent most of his career in academia, earning his bachelor’s, master’s and doctorate degrees from the Czech Technical University in Prague, he thought of ways to solve the tedious work of manual data entry. since the age of 12 when he was enlisted by his mother for his dental office to manually enter data from invoices. He and his co-founders have spent years creating machine learning and AI algorithms to help automate the data entry process through their academic research.

The trio had previously worked on a few ventures together and believed they would have what Gogar calls their “unfair advantage” in building this venture, as each had already spent years researching the issue in college. However, they found that experiencing AI in an academic setting and starting a business are two different things.

“If you’re building an AI service, you need to have data. The more customers you have, the more data you have, the better your algorithm is. So, I remember literally walking around Prague, visiting different businesses, asking them if they would share a few bills,” Gogar explains.

At first, the only invoices they could get were Czech invoices, but they planned from the start to build a global business. They therefore had to build their algorithms in such a way that they were easily trainable in all languages. While the need to start with only Czech data seemed like a downside at first, it turned out to be a big advantage as it required them to build the software in a way that made it easy to add languages ​​and document types. .

“This proved to be a huge advantage when we entered into agreements with companies such as Siemens and Bosch, as they were looking for a solution that could work on a global scale. And that would never happen if this company was created in the United States or in Germany. These markets are big enough that you build software differently, you build it for a specific market. The fact that we started in a very small country forced us to build it differently. And that’s our current advantage,” says Gogar.

Luckily, companies like Siemens build their accounts payable shared service centers for Europe in the Czech Republic, where the population is well educated and where they can easily find people who speak German and French, as well as a large number of expatriates. .

Rossum landed Siemens as its first customer by offering to open the system for them as a test case. But when processing billing documents for them, Siemens didn’t think they weren’t doing it manually because the results were too good. “So they ran a second POC (proof of concept), now with higher volumes, and we proved to them that there were an order of magnitude better results using our software than when they were processing invoices. themselves,” says Gogar.

Rossum was incorporated in the UK but is headquartered in London and Prague. They chose the UK because the Czech Republic lacked the laws and infrastructure to support start-ups.

Today, the company is growing rapidly, growing 5X year-over-year over the past 12 months, with some 250 employees. In addition to its first customer Siemens, it now serves more than 150 customers including Bosch, Veolia, EY, Adyen, Cushman & Wakefield, BDO, Suez, PwC and many others who use the platform to exchange and process documents such as invoices, purchase orders, quotes, financial statements and customs declarations.

Therefore, the company has attracted $109.5 million in venture capital funding to date. Its most recent funding round raised $100 million led by General Catalyst in what was Eastern Europe’s largest Series A funding to date. Previous investors include LocalGlobe, Seedcamp, Miton, Elad Gil and Ryan Peterson, founder of Flexport.

“We really believe that people shouldn’t spend their time on this tedious manual data entry, regardless of the size of the business. I don’t think it should be reserved for the Fortune 500. I think it should be available to all companies,” Gogar says.

The company’s current customer base is typically mid-sized businesses, but its recent fundraising allows the company to invest in infrastructure to pursue more enterprise customers. “As a start-up, we have limited resources, so we have to focus on this step by step. We started in the middle market and now we are expanding strongly towards enterprise. And the last will be the SME market says Gogar.

Gogar grew up in a small town outside Prague and worked in his mother’s dental practice from the age of 12. He met his co-founders while attending the Czech Technical University in Prague while they were working on their doctorate, which they never completed and left. school to train Rossum.

But the Czech Republic didn’t really have a start-up culture or easy access to venture capital. According to Gogar, the idea that start-ups are built on capital and risk is a foreign concept to the Prague business community. “People are not used to that. You start a company, and you say to people, “Hey, we wanted to have an ESOP, everyone should be a shareholder, but people weren’t used to it. So we are among the first companies here to push for that,” says Gogar.

The company’s early angel investors encouraged Gogar to travel to Silicon Valley and experience the start-up culture there first-hand, as well as go through the process of pitching for venture capital funding. “They were like, ‘Hey, Tomas, you should go to Silicon Valley to see how it’s done. So I went, and I have to say, I was thrilled. I had the felt like everyone was so smart. I went to Pitch Nights and failed miserably,” says Gogar.

Gogar’s experience as a Czech doctoral student taught him to be very conservative when writing scholarship proposals. But no VC wants a conservative view of the future. They expect exponential growth. “It was like a culture shock when I started pitching in the US and Silicon Valley. I was not good at fundraising, so I went on a mission to find clients instead” , explains Gogar.

He had the chance to introduce Flexport and its founder Ryan Peterson, which resulted in a small deal. Peterson didn’t just become a client, he became an investor and introduced Gogar to Elad Gil, an investor and advisor to companies such as Airbnb, Airtable, Coinbase, Figma and Flexport. These early investor relationships would later help Gogar open the doors to significant venture capital funding. “Coming out of Prague, it takes time, but we managed to reach the Silicon Valley network thanks to the success of the product itself. I didn’t manage to make that investor pitch,” says Gogar.

Why Sheriff Paul Penzone is facing a contempt of court citation

The Oregon Trail, part one: exploring Portland and the Columbia River –…