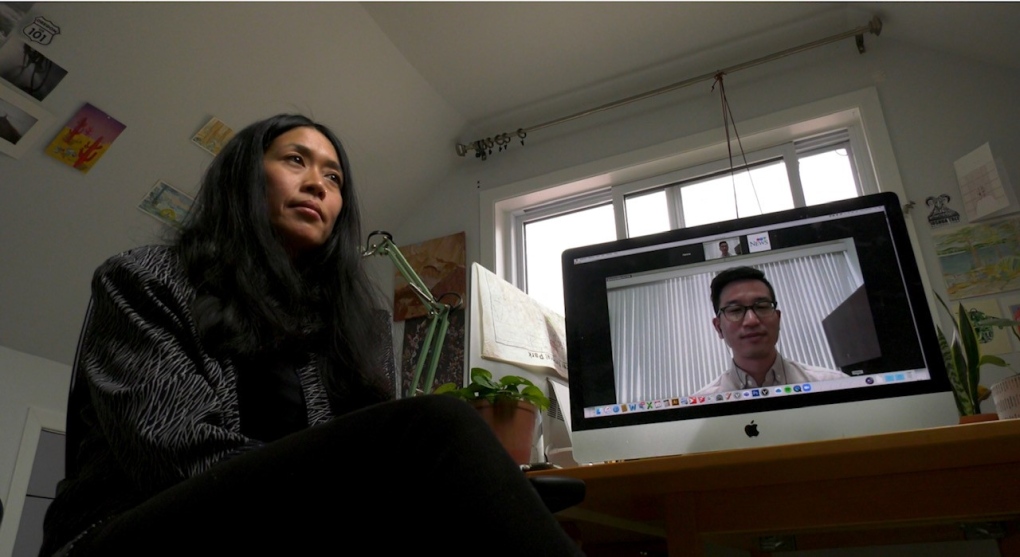 A Toronto couple are seeking to raise awareness and demand accountability after finding a Confederate flag hanging inside their booked Airbnb rental.

Patricia Joong and Justin Ford are still dealing with the incident that happened near Belleville, Ontario. March 4.

“It just made our stomachs hurt a little bit, whether it was in our Airbnb, that we were going to sleep with it, a symbol of hate,” Joong told CTV News Toronto.

The flag is a symbol associated with slavery, anti-black racism, and white supremacy.

“[We were] feeling a little bit uncomfortable, more uncomfortable and actually thinking, maybe, our safety might be compromised,” Ford said.

Shocked and hurt, the couple said they left within 30 minutes of arriving and returned home.

Joong and Ford said they called the company and a representative told them to contact the host to request a refund, which they said also made them uncomfortable.

“We were appalled by this response because we didn’t understand how you could equate a Confederate flag with ‘decor’ in an Airbnb,” Joong said.

When CTV News Toronto contacted Airbnb, we were directed to their community policywhich states that the company does not allow “hateful, discriminatory or offensive images, symbols or objects” in the properties listed on their platform.

“Airbnb does not tolerate discrimination and our policies prohibit hateful and discriminatory material, which specifically includes the Confederate flag,” a spokesperson said in a statement.

“We deeply apologize to Ms Joong and Mr Ford that our Community Support Team member appears to have mishandled this case and given them an incorrect account of our policy – ​​we never want our guests to have this type of experience, especially when they ‘brought us such a serious complaint.

Joong and Ford said that since calling the company about the flag the night they arrived at the rental, they had both exchanged messages with Airbnb about their concerns – but no one called to answer. follow up.

In the meantime, the couple set up a online petitionstating that “Airbnb customers have the right to feel welcome and safe in their homes.”

“We kept insisting on it, ‘Someone would call you tomorrow,’ and we haven’t heard from anyone and it’s been almost a month,” Ford said.

“We want people to understand that, you know, this could happen, and Airbnb won’t do anything and the listing will remain active,” Joong added.

The host responded online to the couple and apologized for making them feel uncomfortable and issued a refund.

It’s official – Dartmoor is a star!