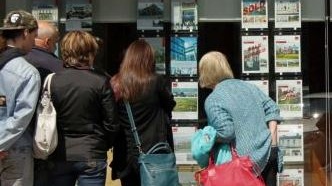 A “massive” demand for properties to buy in parts of Kerry is a key factor in which the county has the fastest rise in rental prices in the country in a report released this week, according to local industry experts.

Changing working patterns resulting from the pandemic with people whose jobs are in cities now increasingly working from home as well as tourism and the desire to retire in the region have also reportedly contributed significantly to rising prices.

Average rent increases in Kerry rose 16.5% year-on-year at the end of the second quarter, according to the Daft.ie report, with the county recording increases well ahead of other areas.

The average monthly rent in the county is € 1,022 with towns like Tralee and Killarney, an area of ​​rental pressure, among the more expensive areas.

Trinity College Dublin economist Ronan Lyons, who was the lead author of the report, said Kerry’s rise was part of a “global pattern” in Munster.

The fact that people are forced to work from home and that students are no longer on campus has resulted in a particular increase in the demand for rental properties in rural towns and places of pleasure.

Jonathan Greene of “Its4Rent” in Killarney said the increases in Kerry came down to the “lack of availability” of property and also “relocation”.

Covid-19 was changing the way people worked and where they live, many taking advantage of the ability to stay at home much more. “They are out of town. They have a good life, ”said Greene.

Many were looking for property to rent while looking for permanent residences and Michael Coghlan of Sherry Fitzgerald Coghlan in Killarney says the demand for properties to buy is “massive”.

The pandemic has caused a “complete reversal” of previous trends with strong demand from young families selling and relocating permanently from Dublin, Cork and London. These are mostly people who have local ties and who, in many cases, wish to return to the countryside, to rural areas. Before that, the demand had been for urban property.

“It’s happening all over the country. Family homes outside of town are in high demand, ”Coghlan said.

As almost nothing is being built at the moment, there is also pressure from people who have retired as “people are also looking to buy vacation homes,” he said.

On the Dingle Peninsula, tourist rentals owned by investors as well as second home ownership were limiting factors in the availability of properties for locals and for longer-term rental before Covid.

Short-term rental through Airbnb has resulted in a shortage of rental property for tourism workers in recent years.

A report released by North, East and West Kerry Development (NEWKD) in July highlighted how higher levels of house construction over the past twenty years have not led to a real increase in permanent occupancy or population.

At 62 percent, the housing occupancy rate on the peninsula is well below the state average despite huge demand.