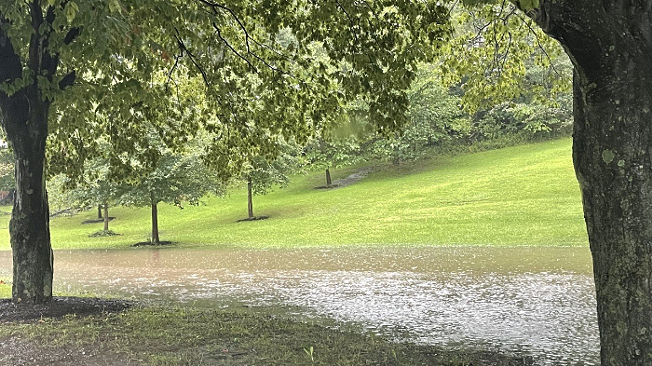 After making landfall in Louisiana as Hurricane Ida on August 29, the effects of the now tropical storm reached the Pittsburgh area and, although much weaker than before, is still causing major flooding in several communities. from the Pittsburgh area.

The rains started on August 31 and continued through the night, and are still spraying many places in southwestern Pennsylvania. Between 8 a.m. on August 31 and noon on September 1, about 2.25 inches of rain fell, according to the National Weather Service office in Moon Township.

A flood warning is currently in effect in much of Allegheny County. Westmoreland County and the Mon Valley sections of Allegheny and Washington Counties are currently experiencing flash flood warnings. According to National Meteorological Service, most of the rains are expected to subside by September 1 in the early afternoon.

Evacuations have been requested in some areas and power outages are scattered throughout Allegheny County. In Bridgeville, which has been particularly affected by the flooding, Bethany Church and the fire department are open for shelter.

Here are some of the most disastrous images of flooding in the entire Pittsburgh area:

The crews spent the morning performing water rescues. 260 boats rescued 41 school bus passengers and 10 others from the houses which quickly caught the water. pic.twitter.com/ZDsfipEKAg

Please stay away from ANY flooded area. Report fallen trees to @ Pgh311 for @PGHDPW Address. pic.twitter.com/LLyxcpOJZC

HIGH WATER: The remnants of Hurricane Ida caused the waters of Little Pine Creek to rise in Etna.

Water is seeping into the Mon Wharf… it is closed today… #Ida pic.twitter.com/06Hik2nKUj

The Borough of Bridgeville saw water rising along the flood-prone McLaughlin Trail, where excessive rain easily filled the creek. Evacuations of some houses in Bridgeville have been carried out. The photos below are by photographer Andrew Rush of the Pittsburgh Post-Gazette.

Flooding in Bridgeville along the McLaughlin Trail pic.twitter.com/4BN1LIXC1F