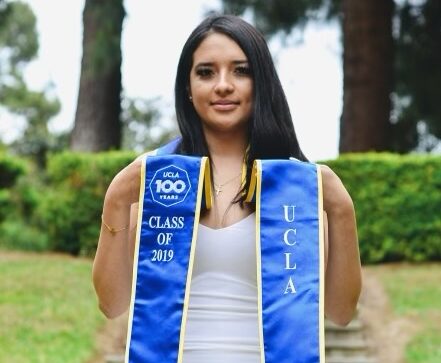 A UCLA grad was found dead in an Airbnb in Guadalajara, Mexico in December 2021, which the short-term rental accommodation platform tried to cover up.

Daisy Saucedo, a recent graduate of the University of California, Los Angeles (UCLA), lost her life on December 20, 2021 during a Christmas vacation at Torre Mexico Villas de San due to carbon monoxide poisoning while bathing . Daisy was enrolled at Loyola Marymount University for a graduate degree at the time of her death.

She is the fourth American to die of carbon monoxide poisoning last year.

Kandace Florence, 28, of Virginia Beach, Jordan Marshall, 28, and Courtez Hall, 29, of New Orleans were found dead Oct. 30 inside the Airbnb house they rented in Cuajimalpa de Morelos, and Angélica Arce, 29, was also found dead October 30in an Airbnb, while visiting Mexico City for the Mexican Grand Prix.

A court case filed in California Superior Court by her parents says “Her lifeless body was discovered face down in the shower with the water still running by her fiancé David Alejandro Leon Plafox around 3:00 p.m. after he had to break down the front door to access the unit.

According to the lawsuit, “Daisy’s body was found naked, face down in the shower with running water.”

Daisy, a beautiful, driven and incredibly bright recent UCLA graduate, loved teaching part-time and dreamed of teaching English in Mexico with her fiancé David who lived in Guadalajara, Mexico, whom she would visit 3 to 4 times a year since 2020 She would rent the Airbnb near her workplace to stay in during her visit.

John Harris of law firm Harris & Hayden says, “Airbnb glorifies homes for international travel by making them a main attraction on its website, highlighting bathrooms and other amenities.

Her fiancé David arrived home for lunch and could smell the fumes billowing from the unit. Once inside, he found Daisy’s lifeless body in the shower and immediately began performing CPR on her, but his efforts were unsuccessful.

Shortly after paramedics arrived, they continued to administer lifesaving measures which failed. Daisy was pronounced dead by the local coroner shortly thereafter.

The family is seeking $35 million in damages.

In fact, you should buy the detector not just for an Airbnb, but for ANY vacation rental you’re staying at.