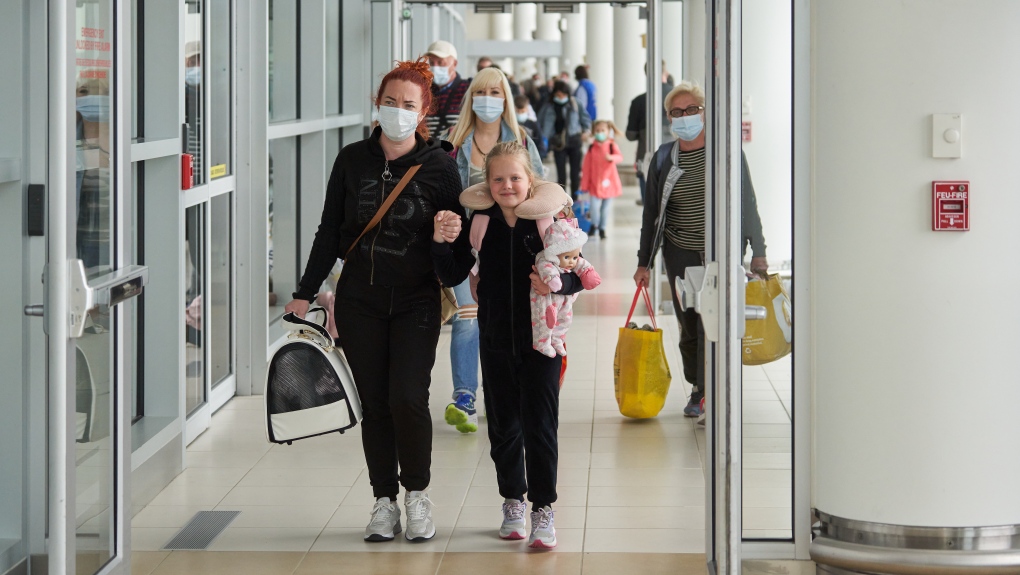 The volunteers are busy less than a week before a government-chartered plane carrying Ukrainian refugees arrives in Halifax.

Rick Langille spent weeks collecting donated items for Ukrainians and packing them into storage units. And he doesn’t expect to slow down anytime soon.

There are bikes, dressers, dining tables, car seats and more.

“We worked hard to try to get back up and stack up to the rafters,” he said.

Truckloads have already gone to newcomers.

However, with a plane of Ukrainians arriving next week, there is a need for more items like beds, box springs, mattresses, student desks and car seats. for children.

Langille is also looking for a hub to distribute the items as the owner of the warehouse where they currently store furniture and items has told them it is against policy to distribute goods from there. .

“A warehouse, or an empty store, or a temporarily empty office building,” he said.

A charter flight carrying more than 300 Ukrainians has already landed in Winnipeg. The same thing will happen this weekend in Montreal and again Thursday in Halifax.

“Each charter will probably be in the range of 300 or a little more,” Immigration Minister Sean Fraser said.

Maritimers like Langille are reopening their homes. Organizations like the YMCA and the Nova Scotia Immigrant Services Association (ISANS) have set up supports. The Ukrainian Canadian Congress is gearing up to help with translation and networking.

“Actually, we don’t know how many will remain. The charter is coming to Halifax, but some of them will most likely go to Prince Edward Island, New Brunswick and Newfoundland,” said Lyubov Zhyznomirska of the Nova Scotia Branch of the Ukrainian Congress. canadian.

While the federal government is offering a two-week hotel stay and six weeks of income support to refugees starting June 2, some Ukrainians who have already arrived say it is difficult to find accommodation.

Anna Zherdetska and her family have been staying in an Airbnb given to them since early May, but each time they have tried to apply for a house or apartment, they have been rejected. It’s happened over 10 times now.

“They reject us because we are new to the country. We don’t have credit ratings,” Zherdetska said.

They have new bank accounts but no credit score. Her husband works and her two children go to school. She wants the owners to give newcomers a break.

“Just a little trust and help, that’s all. Trust us. We will pay on time. Just trust and a little help,” she said.

A sentiment shared by the Ukrainian Canadian Congress.

“I would like to encourage apartment buildings and rented or rented properties to have some flexibility applied to these people,” Zhyznomirska said. “There is a system to find answers to be able to rent to people who have no credit history.”