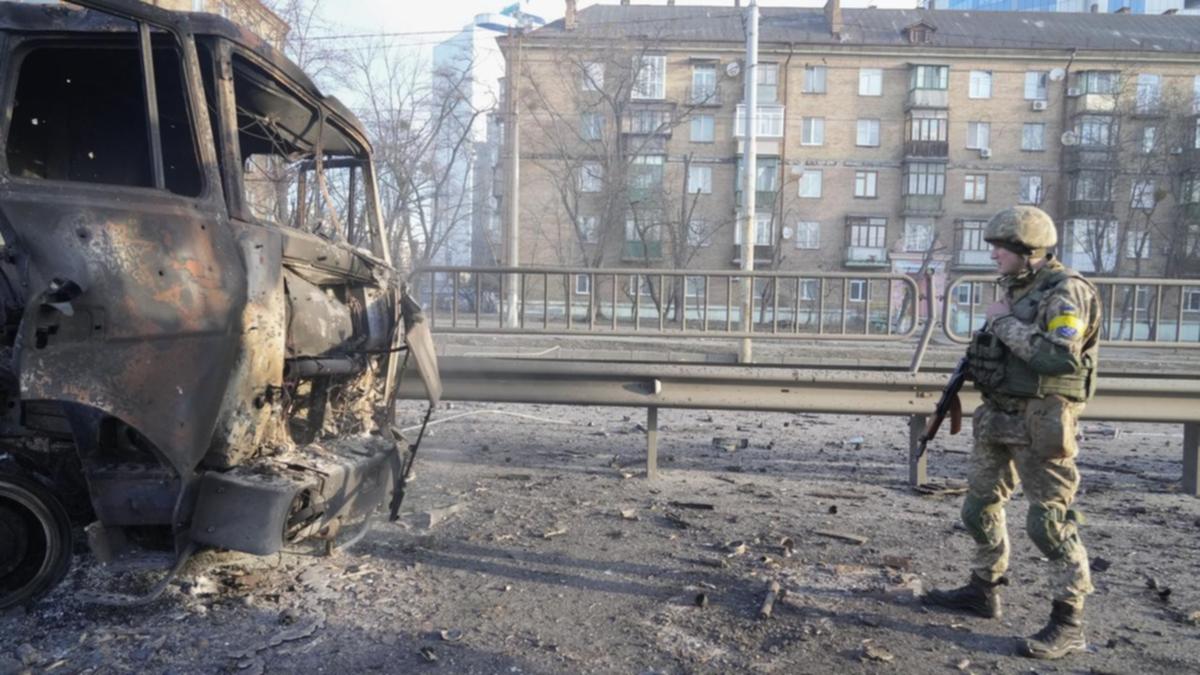 Many feeling helpless in the midst of ongoing invasion of Ukrainesome are Airbnb management as a simple way to direct funds to those on the ground.

Sarah Brown, an Airbnb host in Utahbooked a four night stay in Kyiv for $200but she said you can find listings for as low as US$9 a night.

Watch the latest news and stream for free on 7plus >>

“For me, it was the easiest way to feel connected to a person like boots on the ground,” Brown said.

After making her reservation, Brown messaged the host explaining that she lives in the United States and “wanted to send some love.”

“Thank you so much for your support and all you do for us,” the host replied.

“It’s important and it helps us to survive in these most difficult days. It gives us strength and motivation.

“We remain in Kyiv, hoping and believing in our victory soon.”

“It’s a way of giving money and giving it directly to the person right now,” Brown explained. “I can’t wait to do it again.”

An Airbnb spokesperson confirmed that all service fees in Ukraine were waived.

Emilee Ayers, who lives in Texas, saw the idea on Facebook and booked two nights in Kyiv for $80.

“I specifically looked for an Airbnb that was not a corporate rental,” Ms Ayers said.

“I wanted to make sure my money was going to a real person.”

Ms Ayers also received a touching response from her host.

“You are so kind, you have no idea how that makes us feel in these difficult times,” he said.

“I hope to welcome you one day to Kyiv, free and peaceful, when all is over. We [are] fight and pray.

“When we’re so far away, it’s easy to feel helpless,” she said.

“It’s a wonderful way to help out and feel connected.”

On Monday, Airbnb announced it was offering free short-term housing up to $100,000 to Ukrainians displaced by the war with Russia.

About a million people fled Ukraine in the week following the Russian invasion of the country, NBC reported Thursday.

“I have worked in refugee emergencies for almost 40 years,” said Filippo Grandi, the UN High Commissioner for Refugees, on Thursday.

“Rarely have I seen an exodus as rapid as this.”

A London family paid £2,290 for Airbnb with ‘mildew, dampness and nails sticking out of the walls’