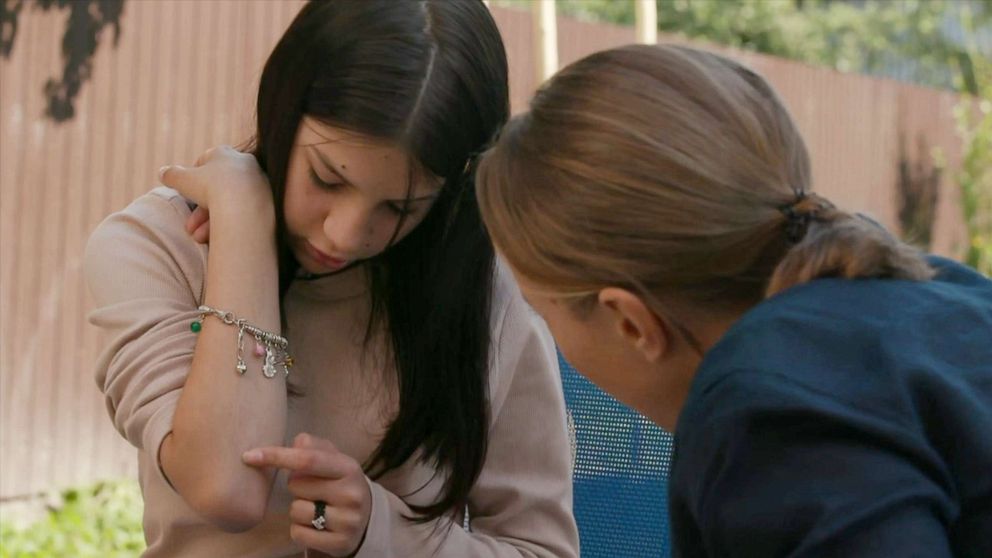 In some ways, 14-year-old Dasha Pivtoratska is like other kids her age. She wants to be a choreographer, she shares videos via TikTok and she lights up when she talks about her pets.

But after encountering the Russian invasion of her hometown in Ukraine, a village near kyiv named Katyuzhanka, Dasha suffered loss and trauma that set her apart from other children her age.

The war in Ukraine has affected children in profound and incalculable ways. Three million children inside the country and more than 2 million refugee children need humanitarian assistance, according to UNICEF.

The agency has also reported that nearly 1,000 children have been killed or injured in the war, which will reach its six-month mark on Wednesday.

Dasha was traveling in the car with her father, returning home, when Russian soldiers opened fire on their vehicle.

“The first shots hit the gas tank, then the windshield,” Dasha told ABC News reporter Britt Clennett. “My father started to back up, we got back on the road and [from] there they started shooting everywhere.

Dasha described seeing the tanks approaching, like a “column”, and how her father tried to evade the Russian forces by driving backwards down the street.

The car caught fire and Dasha explained that she was told to leave the car. She ran to another car and that’s when she was shot, she said.

She was hit by bullets in the arm and thigh and attempted to crawl away, apparently making a noise that alerted Russian soldiers to her presence.

“About ten minutes later they came towards me,” she said. “They kicked me in the leg and apparently [thought] that I was already dead. And then they left. »

“I understood almost nothing. It was a shock,” she said. “There was no feeling of pain. Everything was numb.

She was eventually rescued by her grandfather and realized at some point that her father had been killed.

“I loved him very, very much,” she said, adding that she had recently grown closer to him. “I spent a lot of time with him,” she said. “We talked about different topics. He was the only one I could talk to. Only he could support me so much.

Dasha will eventually undergo surgery on her gunshot wounds and is currently undergoing rehabilitation for her hip. Sometimes the leg hurts, she says, and it impacts her movements.

Regardless, she continues to dream of working as a choreographer, studying choreography in school after ninth grade, and then teaching it.

The pain of gunshot wounds is minor compared to the anguish of losing a family member.

“It’s difficult of course,” she said in the interview. “But you can’t do anything.”