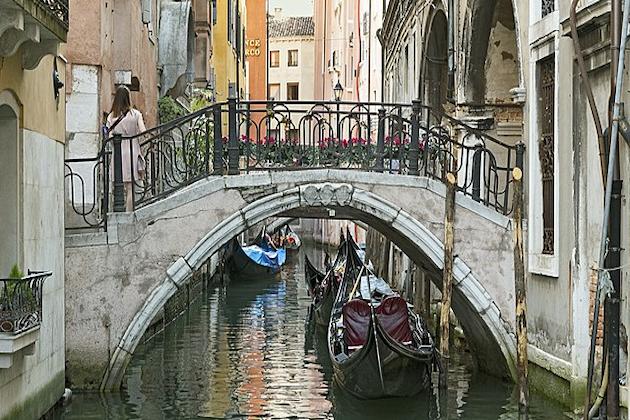 UNESCO proposes to label Venice “in danger” because of tourism

VENICE, Italy: Citing the impact of overwhelming tourism, UNESCO, the United Nations Educational, Scientific and Cultural Organization, has taken the rare step of recommending that Venice be placed on its list of sites in the world heritage in danger.

A final decision is expected in July.

Simply put, officials said, there has been too much tourism resulting in Venetians no longer residing in the city center due to massive tourist crowds and rising residential property values.

The UNESCO World Heritage Center noted the massive number of tourists, which now includes those who come by cruise ships sailing through the historic center.

“This is not something that we offer lightly,” Mechtild Roessler, director of the World Heritage Center, told The Associated Press. “This is to alert the international community to do more to address these issues together.”

Aware of the many problems, authorities in Venice have drawn up a plan to control the arrivals of day trippers, stimulate permanent residents, encourage startups, limit rentals of private apartments and take control of commercial zoning to protect Venetian artisans.

The proposal, submitted in March, aims to make Venice a “world capital of sustainable development”.

“Venice is in danger of disappearing. If we don’t stop and reverse the trend, Venice in 10 years will be a desert, where you turn the lights on in the morning and turn them off at night,” said Nicola Pianon, from Venice. and managing director of the Boston Consulting Group, which has helped plan tourism management in the city.

The proposal aims to reduce the impact of tourism, which welcomed 25 million visitors in 2019, and to stop the exodus of 1,000 Venetians each year.

And while Venice recognizes the pressure tourism places on it, the city also relies on income from tourism, which pays for public transport and funds their famous museums.

“Venice without tourists became a city that could not serve its own citizens,” said Anna Moretti, of Ca ‘Foscari University in Venice, as quoted by The Associated Press.

Of the 25 million tourists entering Venice in 2019, 19 million were day trippers, who spent just $ 6-22 each, according to Boston Consulting. At the same time, the 20 percent of tourists who spend at least one night in a Venetian hotel provided more than 65 percent of all tourism spending.

However, tourism companies looking for business should again strongly promote a visit to Venice. Additionally, changes to tourist procedures in Venice, such as restricting Airbnb rentals to tourists, must be approved by Rome’s central government.

“I’d rather hope that we seize the opportunity. Carpe diem is not just a slogan, but an opportunity. We need a lot of ideas and a lot of passion to take Venice from the past to the future,” said Alberto Sonino, who runs a development project.

How to get the most out of your employees (using neuroscience)