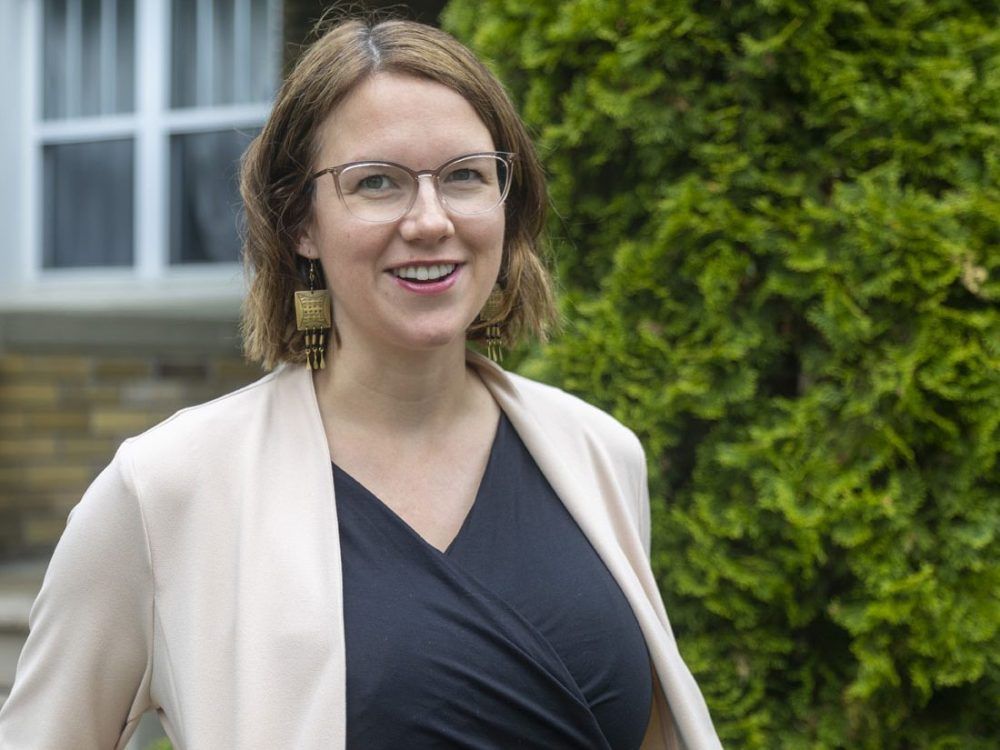 An environmentalist and community volunteer is running for municipal elections in October. Skylar Franke, head of the London Environmental Network and freshly president of the Urban League of London, has announced that she will run in Ward 11.

Stephen Turner, the current ward councilor, declined to share his plans for re-election, although many expect him to vacate the seat after two terms on council. Like Franke, Turner served as president of the Urban League, an umbrella group representing neighborhood associations active on civic issues.

“I think the board needs new voices,” she said. “I would like to bring my voice and that of my neighbors to the town hall to make things change. For me, this is the next step in trying to build a really great city.

Its top priorities include housing affordability for homeowners and renters, tackling climate change, and building a more inclusive city.

Franke also takes up running while she is seven months pregnant.

“I think it’s going to be an eye opener, because this is our first child,” Franke said. “I hope to use some of this experience to see where there are barriers to entry for young parents.”

Mayor Ed Holder is expected to announce soon whether he will run again. 2018 mayoral candidate Sean O’Connell filed his paperwork as soon as the nomination period opened to run again for the top job.

The nomination period closes on August 19. Voters go to the polls on October 24.

Campaign Priorities: Body cameras for the police, redistribution of the police budget for social workers in the field, wading pool in Ward 1

Campaign Priorities“I’m a small image guy. I’m not looking at the target from 40,000 feet, I’m looking at the roads that need fixing, the sidewalks, the bike lanes, the safety of the children, the safety of everyone who walks in the streets, the bullying in the schools. I want to be there to work on everyone’s little problems in Ward 3.”

What he said: “I have been a school counselor for 3 and a half years. During this period, I served as Chair of the Policy Committee, I am currently Chair of Programs (Committee) and I am also Vice Chair. -Chairman of the Board of Directors. It was such a great experience to be a director of the board of directors. I want to do more. I think most candidates will tell you that. You have a small glimpse of what you can do and the good things you can achieve in a short time, and then you want to do more.

What she said: “I love this city and I want to help it, and I feel like this is the best way to do it right now. Especially with COVID and the pandemic happening, I think a lot of people felt kind of helpless. The idea that, what difference can I make, is it even going to matter if I do something? Especially lately, one of the things (I think) is that, if not me, then who?”

Occupation: Laid off during the pandemic, Airbnb host

What he said: “I live in the neighborhood. I believe most of our problems are here, and I’m not really taking the easy route (running into an open service). I don’t do it to win – obviously I want to win – but I do it because I I really feel like I can listen and I can really really represent (constituents). I have I have the passion and I have I have the energy for it.

Sign up to receive a curated collection of links and highlights from our award-winning news coverage, in-depth analysis and unrivaled weekday noon investigative features.

The next issue of LFP Noon News Roundup will soon be in your inbox.