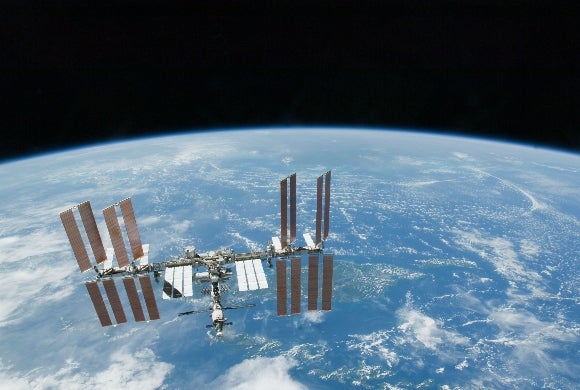 Imagine a five-bedroom house in a space the size of a football field, from one end zone to the other. Leaving gravity aside, the house would weigh about 1 million pounds on Earth. If listed on Airbnb, it would sleep six people and a few visitors.

Welcome to the International Space Station (ISS), where humans of all races, genders, religions and nationalities cooperate in an orbital laboratory to explore what is possible for human life in space.

Until now, the ISS has remained a peaceful arena even between Russians and Americans, despite international disputes far below on the ground. But with the announcement last week from Moscow that Russia terminate his participation in the International Space Station after 2024, politics has now permeated the outer edges of our galaxy.

What does it mean when conflicts begin to take their orbit?

First, it means that major human problems that require boundless imagination may not be solved. The first module of the International Space Station was launched in 1998, and astronauts from Japan, Europe, Russia, the United States and Canada shared their talents and skills, ignoring the tensions on Earth for the benefit of humanity. They studied weightlessness in space, the impact of radiation on human health, and other vital issues. These issues can be addressed by nations individually, but it is often through collaboration that innovation is achieved.

The second implication of the spread of conflict in outer space is that it reminds us that human relationships do not exist in a vacuum. Although astronauts and cosmonauts float freely above the world, events on the ground invade their peaceful bubbles. On July 4, USA Independence Day, politics seeped into space when Russian cosmonauts from the space station pictures sent of themselves holding flags associated with parts of Ukraine in the Donbass region that Moscow claims. NASA was not too happy.

Conflicts never stop at the water’s edge. Think American basketball player Brittany Griner and American businessman Paul Whelan. They have little to do with the invasion of Ukraine or NATO sanctions. But they are caught in the larger struggle between Russia, NATO and Ukraine – political pawns whose value rises and falls like the stock market based on diplomacy and prisoner exchange out of their control.

Conflicts often get out of control. A potential prisoner deal between the US and Russia could now include Mark Fogel, an American teacher who worked with the US Embassy in Moscow. He was sentenced to 14 years in prison last month, found guilty of bring cannabis into Russia.

And the Russians added a new name next to them on the list: Vadim Krasikov, imprisoned in Germany for murder. Where does it stop?

Remember: In 1962, President Kennedy addressed 40,000 jubilant Americans at Rice University, promising to land a man on the moon by the end of the decade. We were over the moon about it.

Five years earlier, the Soviets had launched Sputnik 1, the first artificial satellite, in Earth orbit, inaugurating a space race between countries. This was followed by an arms race and a cold war that permeated every aspect of international relations on the ground and in space, from culture to politics. There was “detente”, and then there was no more.

Al-Zawahiri’s Strike May Spark US Intelligence Revival in Afghanistan Is Federal Home Loan Bank Reform a Sure Thing or a Show?

Now here we are in a post-Cold War period of renewed tensions between America and Russia, and it has engulfed Europe, and even China, India and other countries whose foreign policies are now calibrated with Ukraine in mind.

This five-chamber International Space Station is no longer a safe space to retreat to avoid conflict, and almost no part of Earth is below it. As a 17th-century English poet John Donne wrote“No man (or woman, I add) is an island, whole in itself.”

Tara D. Sonenshine is the Edward R. Murrow Professor of Practice in Public Diplomacy at Tufts University’s Fletcher School of Law and Diplomacy.