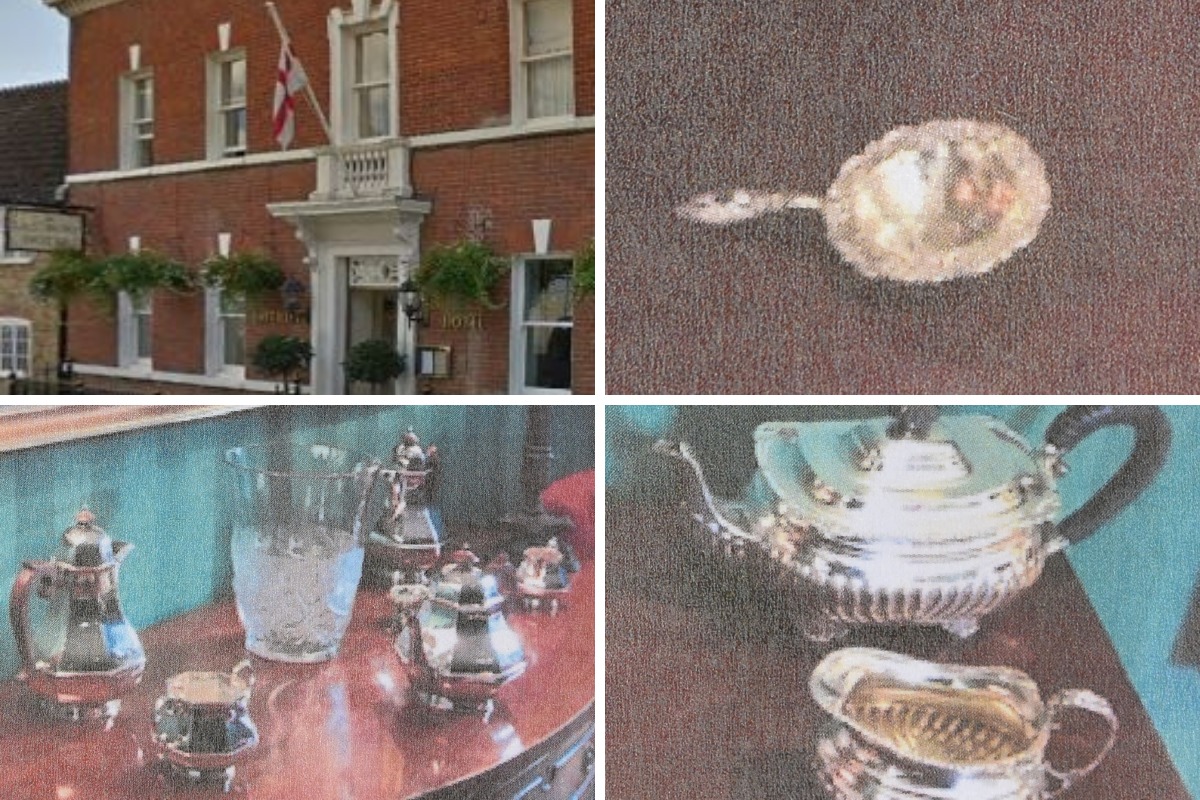 Valuable antique silverware stolen from the Eastbury Hotel in Sherborne

Valuable antique silverware was stolen in a robbery at a Sherborne hotel.

Three hooded figures were seen in the grounds of the Eastbury Hotel in Long Street after a sash window in a library room was forced open.

Now the police have called for witnesses or anyone with information to come forward.

Two arrests and drugs, money and a knife seized from Bournemouth property

Police learned that a member of staff saw three hooded figures returning from the main hotel through the gardens. All three, who were believed to be men, were described as being around five feet nine inches tall and wearing dark hooded tops. When they realized they had been seen, they fled.

It was discovered that a sash window in the library room had been broken into and two sets of antique silverware stolen. The first is octagonal, the second is oval.

Constable Nathan Boissé of Dorset Police said: ‘These sets have been in the family for many years and have both sentimental and monetary value.

“I urge anyone who may have seen three people matching the description in the area and at the relevant time to contact us.

“Also, I would like to hear from anyone who has been offered silverware matching the items shown or seen them advertised for sale.

Man found with indecent footage, including video of child

“We would be grateful to anyone with CCTV around Long Street to check their CCTV to see if they’ve captured anything that might aid our investigation.”

Police are also keen to speak to two men who visited the hotel at 9 p.m. on Sunday May 23 and requested to visit the premises.

“A white man came to the reception to request a hotel wedding party and wanted to look around. Soon after, an Asian-looking man came from the garden and asked for a room before asking. looking around the hotel. Both men their requests were denied and left. ”