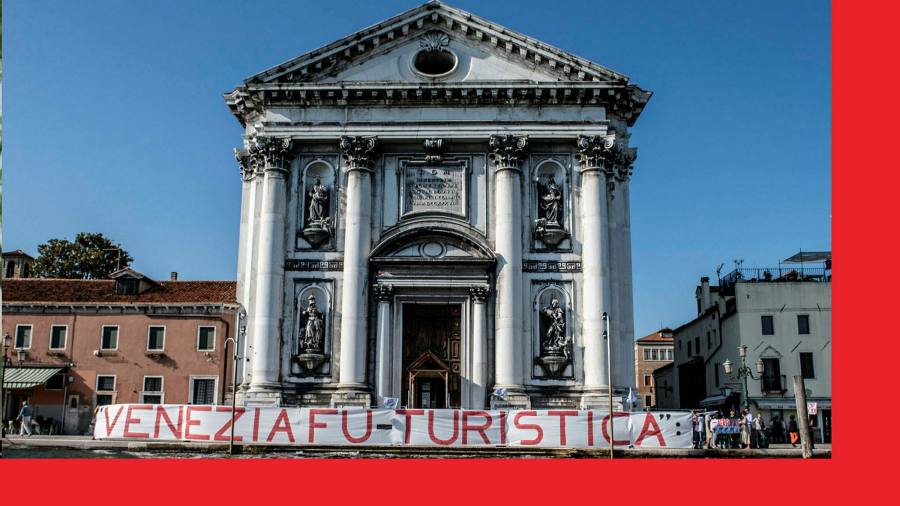 Venice, a place for us?

For most visitors to Venice, it’s the glittering palaces and canals that capture the eye. But if you live there, it’s the shuttered windows. After nine years of residency, I never got into the habit of wandering around my neighborhood, the Castello, often described as the most “Venetian”, under rows of blind bottle-green panels.

These empty homes are an SOS that Venice is dying. From around 175,000 in 1951, today just over 50,000 people live in the centro storico. Those numbers will drop further now that Covid-19 has wreaked havoc on an economy dependent on tourism for its survival.

No one is under any illusions about the cause of the exodus. Driven by the tourist accommodation market, in particular Airbnb, and second homes for passing visitors, accommodation prices in Venice amounted to € 4,341 per square meter in 2019. Although they are lower than what they once were and likely to fall further due to the pandemic, they are still beyond anyone except the wealthy in a city where job opportunities are scarce.

Given the lack of ownership for its own people, it’s ironic that Venice is hosting the world’s most important architecture biennial. Now in its 17th edition, this year’s Venice Architecture Biennale, titled “How Are We Going to Live Together? welcomes architects from 63 countries in the national pavilions, while 112 other firms are presented in the international exhibition organized by Hashim Sarkis.

Few locals dispute that, on the whole, the Biennale is a force for good in Venice. “It attracts people who spend a reasonable number of days here and support the city’s culture, exhibitions and museums. It’s positive, ”says Aline Cendon, a local writer who is also a spokesperson for Gruppo 25 Aprile, an NGO that campaigns for the rights of the city’s residents. The Biennale also creates an internal economy. Currently, the organization employs 112 full-time and 80 temporary workers – and the presence of a mobile army of people involved in the various individual projects is stimulating local businesses.

There is also potential for collaboration between local and global specialists. We are Here Venice (WaHV), an NGO working to keep Venice as a living city, has partnered with Rotterdam’s Het Nieuwe Instituut and Professor Caroline Nevejan, Scientific Officer of the City of Amsterdam, to co- organize “Exploratorium”, a parallel program of the Dutch pavilion at the Biennale. Bringing together artists, architects and environmental scientists from Venice, the Netherlands and beyond, the project follows 15 different routes – known as’ trails’ – designed to examine the theme ‘Values ​​for survival ”.

Jane da Mosto, director of WaHV, points out that several of the tracks have been designed to “have a specific legacy”, adding that there is a danger that “the initiatives of the Biennale will only fly and fly”. Da Mosto is not the only one to ask the Biennale to forge more permanent links with Venice. Cendon observes that the beauty of Venice “greatly amplifies” the number of visitors to the event, but unlike municipal museums where Venetians have free entry, to enter the Biennale, they must purchase their ticket. “The Biennale behaves like a world apart,” she observes. “A sort of ‘extra-national’ territory and many [Venetians] experience it like that.

Roberto Cicutto, who took over the presidency of the Biennale in 2020, says the organization is committed to rooting deeper. “The Biennale needs to push its activity beyond the festival performances,” he said, adding that it should bring “people to Venice 365 days a year who want to teach, learn and do research”.

Cicutto points to the development of the Arsenale. Now owned by the City of Venice, the former medieval shipyard, totaling approximately 478,000 m², of which 61,000 m² are used by the Biennale, remains empty for most of the year. There is now a project to relocate the Historical Archives of Contemporary Art (ASAC) of the Biennale from its continental house in Marghera to the historic rooms of the Arsenale. Cicutto sees the new archives as “a place of residence, a place where people come to research, write, do masterclasses and work with Venetian institutions such as the university”. The space, which he describes as a “permanent laboratory”, should open in 2023 with “trailers” planned for the Contemporary Art Biennale next year.

It is also planned to create a database that will link the archives of the Biennale with those belonging to other Venetian cultural institutions, in particular the Cini and Querini Stampalia foundations and the University of Ca ‘Foscari. “If we can increase the supply to academics and students by giving them access not only to our archives but also to others, then they are more likely to come,” Cicutto explains.

Such initiatives, which fuel the growth of communities that value and understand Venice as a cultural gem, are beneficial to local neighborhoods. However, a more dynamic intervention is needed to secure the future of Venice. This duty is due to its politicians. Here the stories are radically different. Entitled “Who owns the city anyway?” A 2020 report by Jane da Mosto of WaHV and Cambridge doctoral student and architectural researcher Carolyn Smith highlights the “failure to deliver on political promises” that has weighed on successive city administrations.

Smith says housing is one of the “three critical factors” that “determine the sustainability of Venice” (the others are employment and services). Its research revealed that as many as 44,000 new homes had been promised to residents since 2000. Only 945 had been presented as “specific construction projects”, of which only 187 had been completed.

Simone Venturini, deputy mayor responsible for social protection, tourism and development, told the Financial Times that 312 housing units had been made available in the historic center of Venice and the surrounding islands since her administration came to power in 2015. He also points to four new “bandi” (calls for applications) for social housing, the publication of which is scheduled for June this year.

Cendon du Gruppo 25 Aprile is skeptical. “Our data shows that only 100 homes per year became available during this period across the municipality,” she said, adding that even though Venturini’s figures were correct, “this is still not enough given that the city loses 1,000 inhabitants per year. ”

In addition, there are few excuses for the situation given how many public housing units are currently empty. “The figure went from 606 empty public housing units in 2013 to 937 in 2019,” says Cendon. “The city council should invest resources in the heritage of social housing. Instead, these resources go elsewhere, such as to the new nautical project in San Giuliano, ”she continues, referring to the planned reorganization of a nautical hub on the neighboring continent. As for the effort to create social housing, Cendon observes that with “rents around 800-900 [euros] per month, these houses are not available for the poorest people like young couples and the unemployed.

Venturini says the council is committed to the indigenous people of Venice. Efforts to restore economic balance include a recent proposal asking the Italian government for special powers to regulate mass tourism, including short-term rentals like Airbnb. So far, the government has not responded.

There are also new restrictions on converting private buildings into hotels. Here, the board’s strategy appears contradictory. Maintaining private property in Venice is extremely expensive, hence the craze for sales to hoteliers. But until this year, owners could replenish their funds by renting at exhibitions associated with the Biennale. Now the council has announced a new decree that significantly limits the time that private buildings can host Biennale events.

Opinions on this development are divided. Cicutto says this will cause “no problem” for the Biennale; Cendon actively welcomes it because it puts a stop to “opaque and unregulated trade patterns”. But this decision could harm local interests. “This is obviously a very different demographic from affordable housing,” says researcher Carolyn Smith. “But that still prevents people from being able to afford a city life.” She fears that these expensive houses will now be sold to “Russian oligarchs (or similar) as second homes”, which will remain “empty except for an odd weekend”.

The difference of opinion tells us that until there is a coherent strategy to save Venice devised not only by its politicians but also by its people, the city’s problems can only continue.