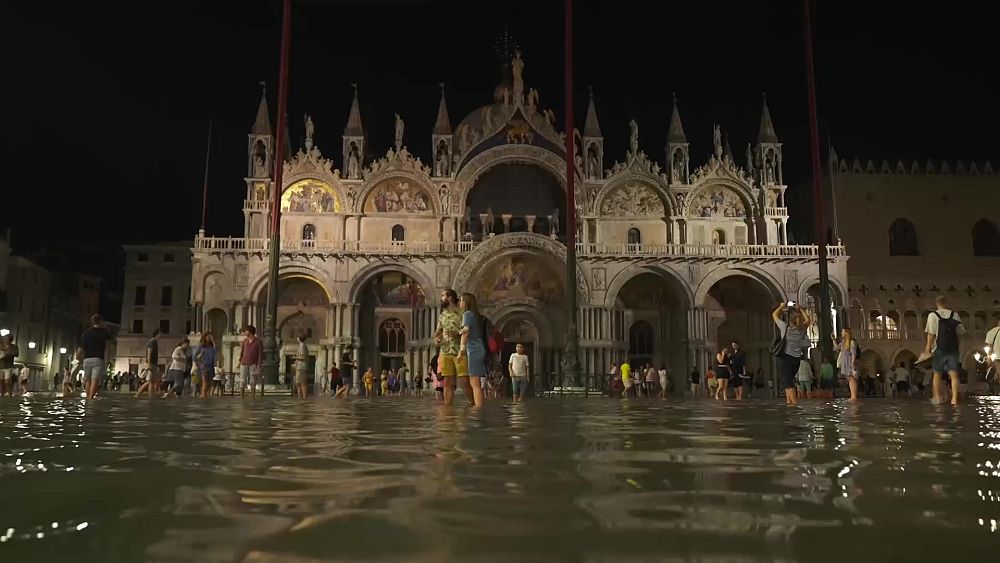 As a city of canals, Venice expects flooding between autumn and spring each year during the “acqua alta”, that is, high tides. But this summer flood is very atypical for the city.

Due to climate change and rising sea levels, St Mark’s Square has gone from flooding four times a year in 1900 to over 60 times a year now.

Tourists didn’t seem too put off, however, with many choosing to take off their shoes and wade into the water.

Why is Saint Mark’s Square flooded?

Venice is located in a lagoon north of the Adriatic Sea. Due to a combination of factors, including the alignment of the Sun and the Moon, sea level is known to rise dramatically at certain times of the year.

The lowest part of Venice is right in front of Saint Mark’s Cathedral in the square, which is only 64cm above sea level, and is therefore always the first to be flooded.

The city has invested in a flood defense system, MONTH (Modulo Sperimentale Elettromeccanico which translates to Experimental Electromechanical Module) which after much delay was used for the first time in the fall of 2020.

The system works using a series of movable doors that can isolate Venice from the Adriatic Sea during high tides. However, MOSE is designed to come into action when the tides exceed 110cm in height and therefore on this occasion the flood defense system failed to protect the city.

Watch the video above to see Saint Mark’s Square underwater.