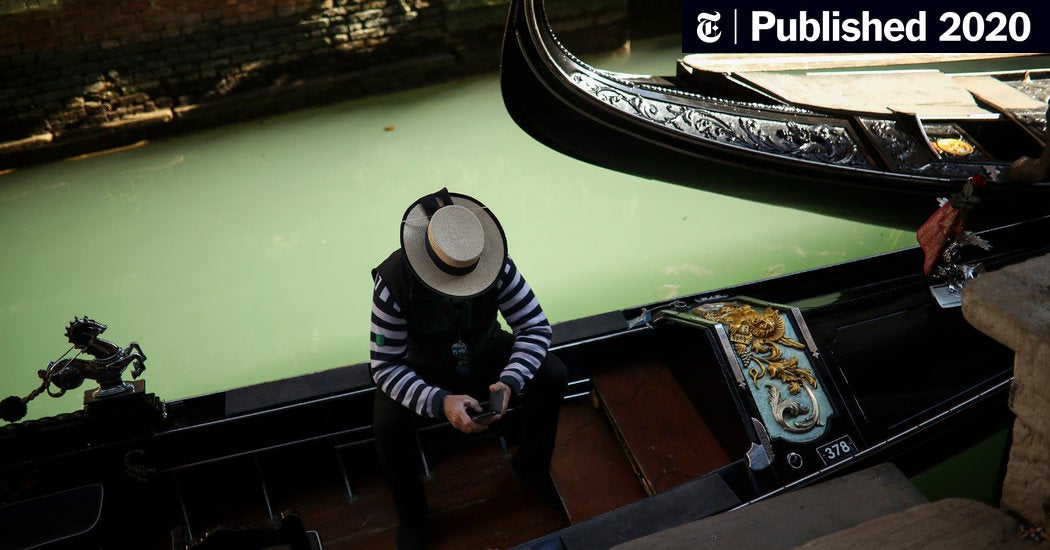 Venice tourism may never be the same after Covid. It could be a good thing.

In 2012, the central government approved a law banning cruise ships from the St. Mark’s Basin and the Giudecca Canal, in an effort to reduce overcrowding in these areas, but it has yet to be enforced. And even if it did, Ms Da Mosto said, it won’t do much to contain the damage.

Even if cruise ships dock at Marghera, the neighboring port on the mainland, Ms Da Mosto said the ships would have the same environmental impact. The only difference is that they would do it a few miles away.

Six months ago, the overtourism of Venice abruptly stopped.

The number of tourists to the city first fell in November, when a series of unusually high tides resulted in cancellations. Tourism all but disappeared from the end of February, when the Covid-19 pandemic prompted authorities to cancel the carnival and, soon after, declare a nationwide lockdown.

Mr Scarpa, the chairman of the hotel organization, said the sharp drop in tourism could cost the city more than € 1 billion in lost revenue. About 10,000 Venetians have been put on leave in the hotel sector alone, Mr Scarpa said. The recovery, he added, will be slow, as hotels expect only a third of the usual number of visitors for peak season this year.

Italy’s central government has pledged to help the tourism industry by providing aid and tax breaks to ailing hotels and restaurants, but other sectors have also been hit hard.

Tour guides are one of these groups. They are often self-employed and therefore are not entitled to long-term unemployment benefits; short-term grants for self-employed workers, issued by the central government, ended when the lockdown was lifted, but before international travelers were allowed to return. In June, tourist guides organized protests in several Italian cities, including Venice.

“There are a lot of grievances in the profession,” said Mr. Croce, the tour guide. He pointed out that most of the guides work with international tourists. “When the lockdown was lifted, restaurants and cafes were able to resume operations, but we couldn’t. It is not fair that we receive the same treatment.